It’s hard to believe that 25 years ago, Daniel Lloyd Davey, more commonly known as Dani Filth, formed Cradle of Filth. Their now iconic look and disrupting stage presence make them one of the most iconic metal bands of all time.

The band continue to create with 11 studio albums and re-define to become the subject of mass sub-genre-ing into heavy metal, gothic metal, horror metal & countless more. I’m sure you could make your own up right now.

Their eleventh album Hammer of the Witches was released in July 2015 on Nuclear Blast Records to add yet more firepower to their already impressive repertoire of anthems and, to the delight of Irish fans, late last year the band announced their first visit to Ireland with a show in Belfast’s Limelight after their debut in Dublin.

We caught up with Lindsay Schoolcraft, keyboardist and backing vocalist, after their show to see what they thought, how we compare and their future plans.

You’ve just finished your UK and Ireland tour – how was the whole tour for you?
“It was good thanks, either than dealing wth the jet lag of just coming off the North American tour. It was nice to be back in the mother land of the band’s original origin and to finally visit Ireland.”

And of course you finished in Belfast – how was the Belfast show?
“It was fantastic thanks. A really great way to end the entire tour.”

What are your opinions of Ireland as a whole?
“It is absolutely beautiful and I wish I didn’t have to leave. I love the people here, the art, the history, the landscapes, the folklore, and of course the fact that my favourite instrument the harp came from here.”

Before the UK tour, you played a whole US & Canada tour – how does the US and the UK compare in terms of audience?
“US crowds are crazy and very wild indeed. Like anywhere you go some audiences participate more while others can just be spectators. We are happy to play to either crowd regardless.”

Do you have any plans to play at any major festivals here in the United Kingdom over the summer?
“I know we are in talks with some, but nothing can be confirmed yet. We do hope to be included in some of them though.”

What are Cradle of Filth’s plans for the rest of 2016?
“We play Russia for almost two weeks in May and then we have some festivals this summer. More than anything we will be focusing on writing a new album the second half of this year.”

Cradle of Filth played at the Limelight 1 on Monday 14th March 2016. 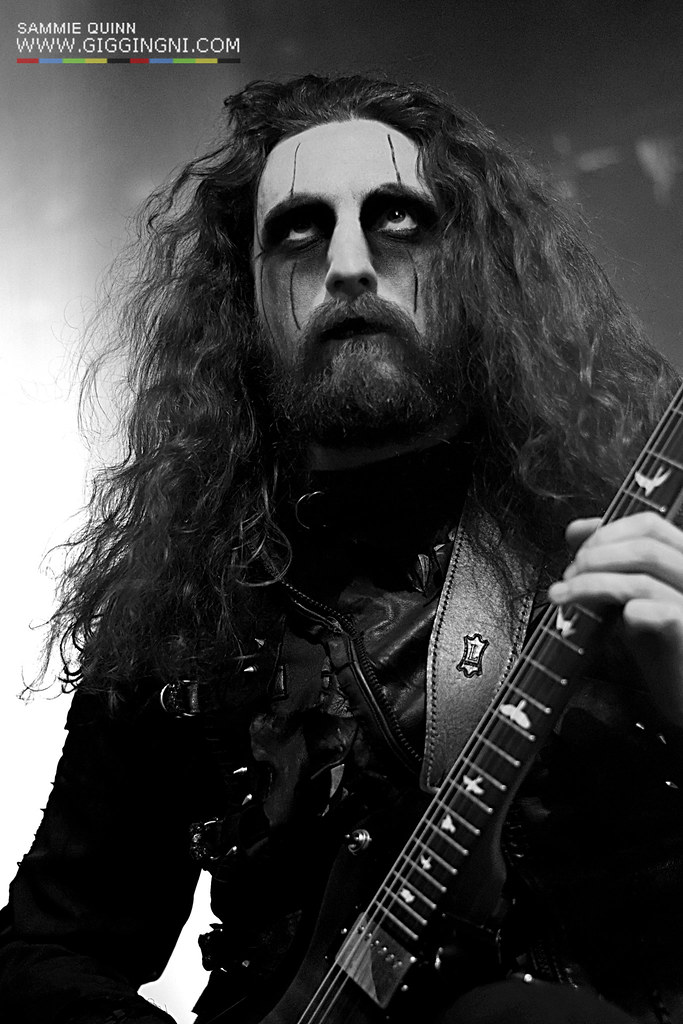