It’s been a long time since The Cult last played in Belfast and those who managed to snag a ticket to the sold out show certainly didn’t leave disappointed after they were treated to a stunning Rock and Roll performance from the veteran rockers.

Touring to support the release of their 10th album, Hidden City – the finale of a trilogy which began with 2007’s Born Into This, and then 2012’s Choice Of Weapon:- Ian Astbury, frontman of The Cult with long-standing guitarist Billy Duffy, and current lineup of John Tempesta (drums), Grant Fitzpatrick (bass), Damon Fox (keyboards + rhythm guitar) brought their own brand of goth-tinged psuedo-mysticism to the Mandela Hall.

Support for the night was Kentish rockers Broken Hands, who won themselves plenty of new fans from within the tightly packed Belfast crowd, with a self-assured, energetic set. Definitely worth checking out their debut album Turbulence.

As standing space became scarce and the beer flowed copiously, The Cult took to the stage and immediately blasted away any cobwebs the assembled crowd may have had lingering on a Sunday night. An early highlight of “Rain“, with Astbury’s distinctive baritone voice twinned with Duffy’s incendiary, multi-layered guitar work set the standard for the rest of the gig – a mixture of both old and new, all performed with the same effortless cool.

Astbury, clad all in black and wearing sunglasses, and looking not unlike Jim Morrison, delivered each track with great charisma and his voice still remains strong, despite the passage of time. New tracks such as “Hinterland” and “Birds of Paradise” showcased just how much of a guitar virtuoso Duffy is and as the band made their way through their great back catalogue – the crowd responded passionately to classics such as “Fire Woman” and “Sweet Soul Sister”.

The passionate desire from one fan to capture the night on film resulted in a mild rebuke from Astbury, who urged the assembled crowd to enjoy the moment and savour the memory of seeing the band in the flesh.

Finishing the night “She Sells Sanctuary” received the best response from the crowd and rightly so, followed by the big closer of “Love Removal Machine”.

All in all, a fantastic gig – great to see The Cult back on form and in Belfast again. Words and photos by Adrian Knight. 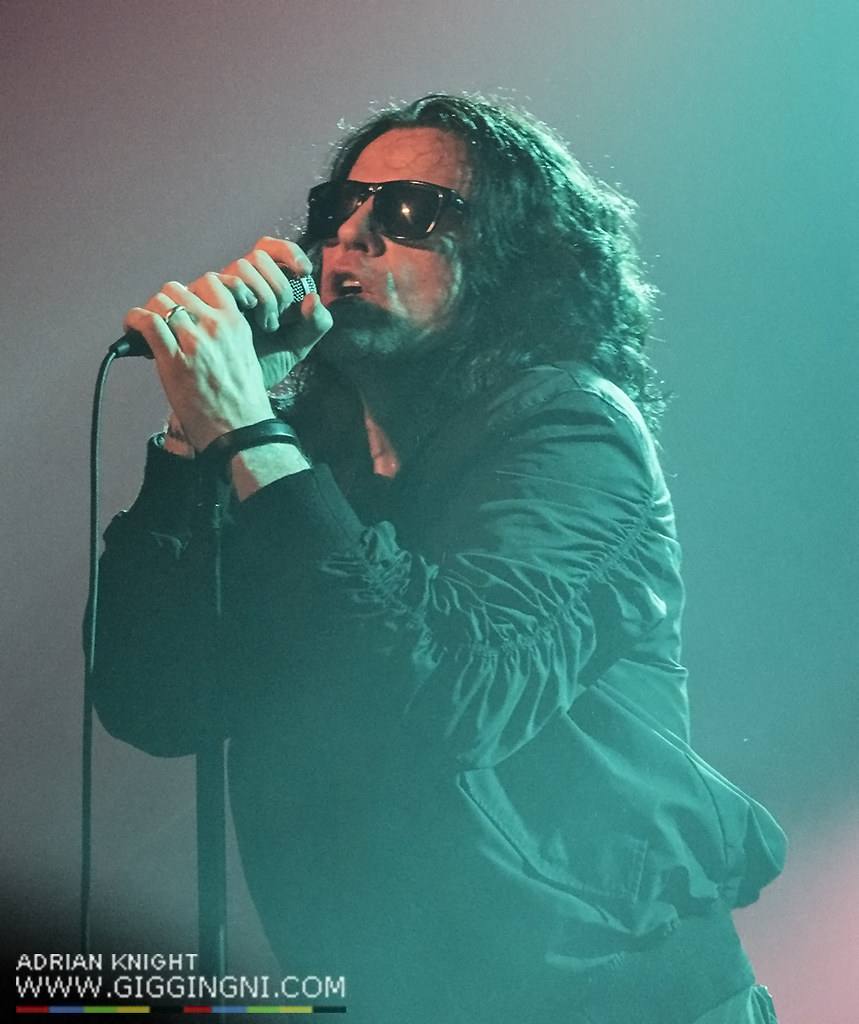