Three years of waiting and anticipation have passed since the Australian dreamboat of soul sailed our way, but now Matt Corby was back to deliver a set bursting with genuine musical talent supported by the wonderfully Irish Laura Ann Brady.

Having previously performed in Limelight on 13th November 2012 promoting EP Into the Flame, indie/folk singer-songwriter Matt Corby returned to Belfast for the second time to showcase his debut album Telluric, released in March of this year.

After finishing as a runner up of the 5th season of Australian idol at the age of 16 in 2007, now 25 year old Corby has certainly worked hard throughout his musical journey to get to this point. A relocation from Australia to London at the mere age of 18 in 2009 followed an independent release of Corby’s first EP Song For…, where he was signed by indie label Communion (also promoting artists such as Ben Howard and Nathaniel Rateliff – can we get an invite to the next Christmas party pls??)

It was late 2011 that wasn’t so much a turning point in Corby’s career but a significant, defining moment. The release of his 4th EP Into the Flame not only got him the well deserved place on the musical map that he had been seeking for years, but saw the birth of his trademark, soulful style intertwined with blues and folk melodies.

By December 2012 the EP had received 6x platinum status by main Australian charts ARIA and single “Brother” earned FBi Radio’s ‘Song of the Year’ award the following January. Since then Corby has been making himself known all over – with song “Resolution” from his 5th EP of the same name charting in both the UK and New Zealand in 2013.

Five EP’s later it is finally time Corby treated his fans, waiting with baited breath, to a whole album of his insane talents and a tour to come along with it. Support from a singer whose style goes hand in hand with his indie vibes was the obvious choice here and who better than Dublin’s very own Laura Ann Brady?

Despite arriving on stage to a still filtering in crowd, Brady still caught the eye of everyone amongst a modest set up of a microphone surrounded by mist and lights. Armed with what is technically known as an autoharp (to many – ‘wtf is that’), she greeted the crowd below, still buzzing with alcohol purchases and small talk.

What followed was a delightful little package tied with a bow of musical talent that knew absolutely no bounds. The 2013 Spirit of Folk semi finalist impressively captured the still settling crowd with a certain honesty and emotion in her voice that delicately floated with the mist dispersing throughout the venue. The implication of timidness and vulnerability in no way undermines her amazing power and talent, but instead demonstrates diversity in her vocals that continuously reached crescendos that would be guaranteed to capture venues at a much bigger capacity.

Playing original songs such as “Those Stars” as well as covers like Radiohead’s “Black Star”, Brady’s hauntingly sweet voice echoed a tone lovely enough to even distract some from their purchases at the bar (a definite achievement in itself). Despite the undeniable talent on the stage it is always a shame that there’s a percentage of the crowd that can’t seem to stop the small talk and appreciate it – a theme that seemed to continue throughout the entire gig (pipe down next time, folks.)

Throughout the set Brady seemed to swap between a number of instruments big enough to fill a Mary Poppins-esque handbag and it was almost impossible not be to bitter about the definite unequal distribution of musical talent here (singing in the shower isn’t particularly CV worthy.) From this it was obvious why Brady was chosen to support Corby in both Belfast and Dublin and those at other tour dates are surely missing out on an incredible talent!

The not sold out gig was still full enough that moving a slight centimetre in any direction still warranted an apology by any mannerly person. Dim lights and a sudden cut of the background music meant it was time for Corby to grace us with his beautiful presence – which seemed to be enough to silence the overly noisy crowd, for now.

A brief hello kicked off the set, with Corby walking on stage accompanied by a band of guitars and drums. It was strictly finger clicks for our headliner as he opened with “Belly Side Up”, the first track from his debut album. It is hard to stress with mere words the sheer, raw talent of the singer/songwriter that was so evident from the first notes that left the whole venue in awe.

Dressed in a baggy jumper showing a glimpse of shoulder with a tank top underneath, combined with loose, messy hair tucked casually behind his ears, Corby swayed and snapped to the smooth beats of the song and was honestly enough to make the manliest of men melt. The blood-curdling shrieks of 1000 lost souls could have been escaping from his mouth and the crowd would have been far too distracted by this beautifully-long haired man.

Corby majorly went straight from song to song with minimal chatting in between, demonstrating more than anything how down to earth and passionate he is about music – no gimimicks. Making his way through both new and older material with songs such as “Knife Edge” and “Trick of the Light”, it was a constant stream of notes reaching immense capacity and echoes as if they originated from a 50 foot cave. It was the vocal equivalent of a taste sensation – raw yet beautiful tones, built upon a blues foundation completely drenched in soul with a rough edge. Corby’s harmonies had harmonies. There was vibes of Paolo Nutini with the voice of Justin Vernon, combined with the rawness of the Black Keys as we were played guitar riffs and heard vocals that you could literally feel in your bones.

Every beat brought an explosion of levels and tones that combined to make each song a masterpiece in itself, notably even more impressive live. It was singles such as “Resolution” and “Brother” that got the most response from the crowd, but it seemed throughout the whole set the more Corby got into the song, the deeper the crowd fell for him and his talent.

His ability to command a whole venue, even when left alone on stage with nothing but finger snaps to accompany his voice is remarkable and cannot be faulted, no matter what your music preference. The warm lighting and his more than flattering features (SWOON) almost made it like a dream that most seemed more than happy to stay in (…forever).

Despite the music predominantly controlling the set, it seems even the quiet Corby still follows the encore tradition. The general buzz of conversation that seemed to linger even throughout Corby’s quieter songs was definitely disappointing from a crowd perspective, but the majority were invested enough to welcome the long-haired beauty back on stage with an explosion of cheers.

Corby finished his set of his own material with “Why Dream” and “Empires Attraction” before giving an incredible rendition of Sam Cooke’s “A Change is Gonna Come”. As if his voice wasn’t enough, the headliner whipped out a flute mid-song to take the cover to a whole new level of excellence. It was an incredibly moving and raw finish, wrapped up with a timid wave from Corby and applause to the band, before walking off stage. It’s as if he was completely oblivious to just winning the hearts of Belfast, soon to be many more. 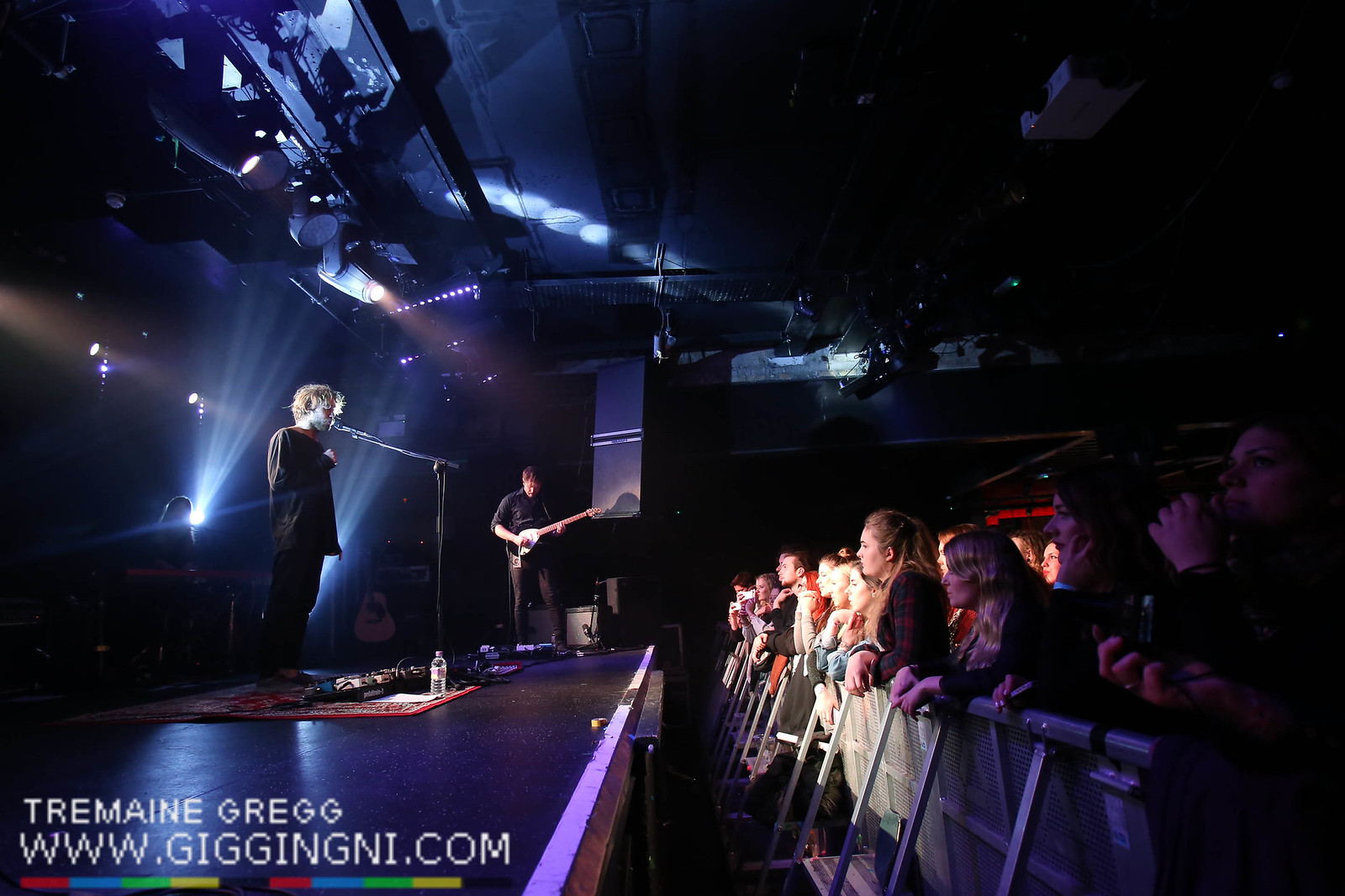