Anyone familiar with the Belfast music scene will have seen the Grandmaster Flash poster that adorns the dark walls of the Mandela Hall, immortalising the legendary DJ’s 2004 gig at the Students’ Union along with countless other iconic acts that have graced the tiny venue.

This time however, the hip-hop pioneer and Barbados native has returned to Belfast not for the Festival at Queens as he did over a decade ago, but for the city’s very own Cathedral Quarter Arts Festival, taking place at Custom House Square.

A key figure in the emergence of hip-hop as we know it, Joseph Saddler – better known as Grandmaster Flash – burst onto the scene with the Furious Five back in the late seventies and early eighties with the group’s skilful raps and Flash’s eclectic, ground-breaking turntablism. Cutting his teeth DJing at local disco venues in the Bronx where he grew up and was massively influenced by the emerging hip-hop scene there, some of the earliest examples of sampling can be found in his work. Associations with seminal acts such as the Sugarhill Gang and Melle Mel preceded now classic jams such as “The Adventures of Grandmaster Flash of the Wheels of Steel”, “White Lines (Don’t Do It)” and, of course, “The Message” in 1982, exploring inner city violence. Most significantly, Grandmaster Flash is credited with turning the turntable into a genuine musical instrument, and coining the basic vocabulary that DJs continue to follow to this day; backspinning, punch phrasing and scratching were all either created or perfected by Flash throughout his genre-transcending, innovative career.

Exemplifying the kind of techniques Flash pioneered from before tonight’s supporting DJ was probably even born, a young man armed with vinyl and donning a ‘RIP MCA’ T-shirt (rather appropriately referencing Beastie Boy Adam Yauch) is kicking things off under the shimmering lights of the seventeenth edition of tonight’s festival. The junior jockey’s repertoire includes an diverse melange of tracks sometimes smoothly – but more often than not jarringly – patched together, melding Amerie’s “1 Thing” into Bob Marley & the Wailers’ “Could This Be Love” in a style that is unexpected but not at all displeasing.

His set is rough around the edges and doesn’t initially command much interest, but as he delves into old-school R&B and disco with appearances from Chaka Khan, Candi Staton and, interestingly, Al Green, the gathering crowd warms to the groovy vibe of set. Whilst sometimes veering dangerously into the territory of stuck records, the young DJ plays a seriously spliced remix of Britney Spears’ “Toxic” with a jazz-infused hip-hop beat, à la A Tribe Called Quest or De La Soul. Lone dancers populate the floor under the atmospheric purple strobe lights, undoubtedly ready for the night’s headliner after experiencing a ‘new-school’ DJ so clearly enriched by his influence.

“Are you ready to party with the Grandmaster?” shouts a tracksuited figure, emerging from behind the altar of his turntable and Mac laptop set-up. As the opening bass notes of Chic’s “Good Times” emanate from the speakers, Flash immediately shows off his signature scratching technique to catapult the dancefloor into a gorgeous tribute to the late Prince. Instead of passively spinning records, he manipulates them to create new music; in a medley of “When Doves Cry” and “Kiss”, Flash impulsively cuts to “Tom’s Diner” by Suzanne Vega when the dancers least expect it at the climax of the chorus. What truly makes the Grandmaster so great a DJ is his ability to work the crowd and create varied song pairings that work in only a way that he can make them – who would ever have thought of “Tom’s Diner” as a party track?

Marrying Diana Ross, Michael Jackson and some remixed Bowie for the sea of dancers, Flash builds a striking rapport with the crowd, very much master and servant; as the beat vibrates the venue, he backspins to make everyone wait eagerly for the next track, commanding chants of “I say Flash… you say Grandmaster!”. He makes sporadic use of extended jams with trumpet-infused breakbeats, creating an otherworldly vibe somewhere between Studio 54 and a family reunion. He then effortlessly launches into a musical mishmash of reggae (Arrested Development, Musical Youth, Soul II Soul), classic hip-hop and R&B (Coolio, Mary Jane Girls), disco and Motown soul (Bee Gees, The Temptations, Aretha Franklin, Stevie Wonder) and even modern hip-hop (Jay Z and Kanye’s “Ni**as in Paris”), calling for mass singalongs. “This is real music right here,” declares Flash, as his brand of summery, sweat-drenched funk makes Belfast bounce.

Turning to his Caribbean roots as the night progresses, sliced up Jamaican dancehall injected with EDM bass paves the way for the pivotal moment of the night, Flash’s very own “The Message”, its electro beat lovingly rapped back at the Grandmaster himself. Kriss Kross and House of Pain stir up the dancefloor before Flash abruptly thanks the crowd for “coming to my party tonight”, and making a rather fitting Irish exit. Returning for two final tracks before the night ends, you can’t help but feel Belfast would happily have danced on into the night had there not been the promise of work the following Monday morning. 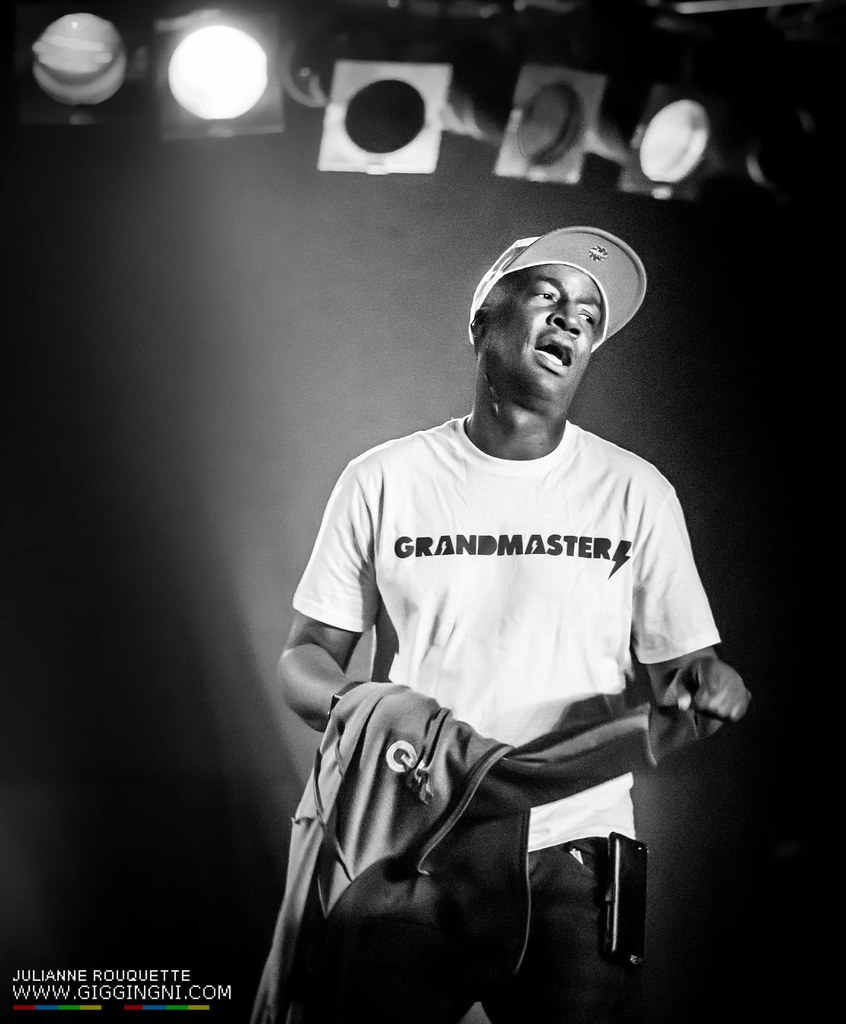