2016 sees punk turn forty. London is celebrating with a year long programme of events. In New York, The Ramones are being remembered for their influence in shaping the genre through an exhibition. Here in Northern Ireland, punk rockers are celebrating alongside some home-grown heroes who were there from the beginning: The Undertones.

Their 40th anniversary tour is fittingly kicked off with a DJ set by Terri Hooley, otherwise known as the godfather of NI punk as a result of his work with the band in those early years. His set encompasses many of the great bands who are celebrating the big 4-0 alongside tonight’s headliners. From The Ramones and The Clash to Stiff Little Fingers and The Outcasts, Hooley shows that this self-declared “old age pensioner” has great taste. As the crowd chant his name he thanks the already full-to-capacity venue for “making an old man happy” before choosing Neil Young’s “Keep On Rockin’ in the Free World” as his exiting song.

However, it is not long before Hooley is back on stage, this time armed with a microphone and the task of introducing The Undertones. He recalls how he met the band, their first gig and famously recording “Teenage Kicks”, a song which he refers to as “Northern Ireland’s anthem”. He jokes how the band haven’t changed a bit in the last forty years; they hated him then and they hate him now. Of course, everyone in the crowd knows that couldn’t be further from the truth.

Following a quick playful quip from lead singer Paul McLoone about Hooley hogging the stage, The Undertones open their set with “Jimmy Jimmy”. The energy level is high from the beginning with McLoone proving himself to be more than just a singer, but a real frontman. After he powers through “Whizz Kids” he lets slip that he has never actually sang this song at a gig before. Bassist Michael Bradley chimes back that it was probably 1981 when the band last played the song, back with original singer, Ferghal Sharkey.

McLoone has more than proven himself as a fitting replacement; his performance is confident and entertaining. Following a few more songs which include the hit single, “Here Comes the Summer”, Bradley speaks on behalf of the band when he remarks how good it is to be back playing in Belfast, the city which they have become intrinsically linked to.

“You’ve Got My Number (Why Don’t You Use It)” perhaps surprisingly receives the loudest cheer so far. Indeed, it seems to take the band off guard as McLoone breathlessly beams out across the venue. Then without any fuss, he tells the crowd that the next song is for Terry. With that guitarist John O’Neill lets that all too familiar opening to “Teenage Kicks” ring out; an understated introduction to an anthemic song. There is no place for grandeur in punk rock and The Undertones know it. The audience are taken off guard but don’t take long to hit the stride of the song they all love so well.

Following a lot of dancing, McLoone decides upon playing “one of our less energetic ones because we are old and need a break”. This break lasts the some three and a half minutes of “Julie Ocean” before The Undertones launch into a vivacious rendition of “Billy’s Third”. As the bouncy and infectious “I Don’t Wanna Get Over You” draws to a close, the band leave the audience wanting more, and to be honest, it does not seem that the band are done enjoying themselves either; que the encore.

As the band return to the stage, Bradley jokes that they aren’t playing anymore songs, they just “thought we’d come out and see how everyone was”. With a nod to another Belfast punk band from yester-year, The Undertones play a rendition of The Outcasts’ “Justa Nother Teenage Rebel” along with the “fastest ever version” of their own “Girls Don’t Like It” that drummer Billy Doherty claims to have ever played. Set list staples such as “My Perfect Cousin” and “Hypnotised” make late appearances and cause casualties on the fretboard. Between them, McLoone and Bradley more than buy O’Neill the time for an instrument change with their quick witted chit-chat. As the final chords of “Emergency Cases” sound out, the band leave the stage bidding Belfast a fond farewell. Those who have found a front row spot at the barrier are rewarded with drum sticks and handshakes as The Undertones finish their duties for the night.

Only, they still aren’t done. In what appears as a genuinely spontaneous decision, The Undertones return to do one more song; “Teenage Kicks” for the second time tonight. After all, it is a hard one to beat. 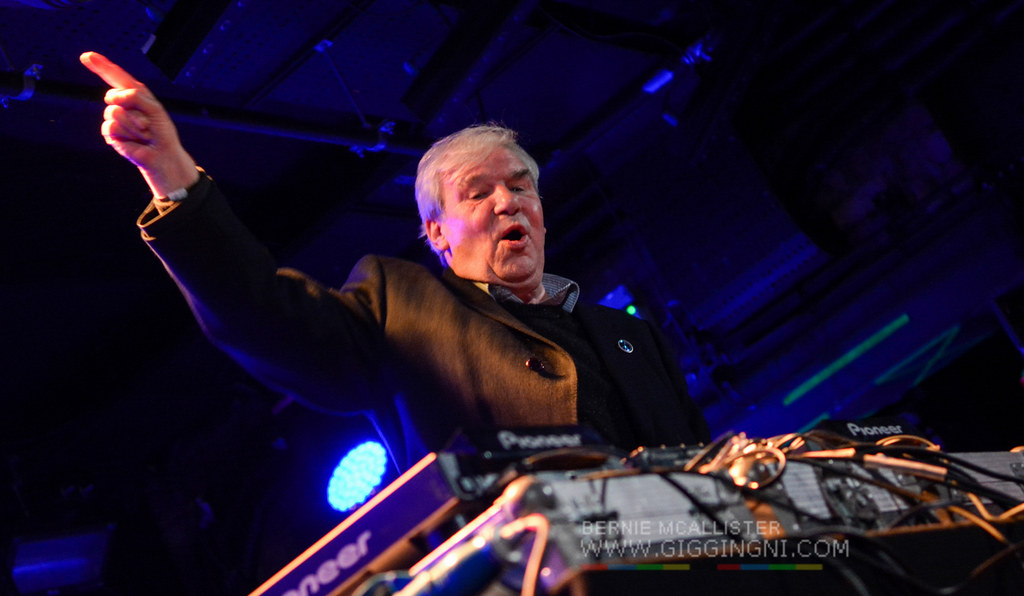