At 3pm on this Sunday afternoon three dark dressed figures, Ben Glover, Matt McGinn and Stevie Scullion AKA Malojian, wander up on to the stage through the crowd at a sold out Black Box for the “Northern Lights” show presented as part of the Cathedral Quarter Arts Festival 2016.

“Sunday Afternoon is the new Friday Night” are the first words uttered from the stage and it sets the tone for an afternoon of craic and great music from currently three of the best songwriters from Northern Ireland, albeit that one of them, Ben Glover, bases himself these days in Nashville, Tennessee which ultimately accounts for a more country feel to his songs and songwriting.

Matt McGinn kicks off the proceedings on the afternoon and they each take it in turn to showcase a wide range of their material with the other two artists adding their piece to each tune whether it be a vocal, the kick bass drum of Matt McGinn, the snare drum of Ben Glover or the Bob Dylan-esq harmonica contraption of Malojian.

It’s an afternoon of not just superbly crafted music but an opportunity for each artist to give an insight into the stories behind the music, adding to the sense of emotion attached to each song.

Ben Glover talks about the emotions of coming home on his track “Sing a Song Boys”, Malojian tells the story of how he wrote the song “Bathtub Blues” while sitting on the toilet bathing his daughter, he does add that the seat was down and McGinn sings “You Have Your Dreams But They May Not Come True” about a woman he sees going to church in Belfast. What it does do is emphasises that the best songs are written about things you see and feel in real life.

One of the noticeable things about this gig is that each and every artist on stage and every song they sing commands the full attention of a very attentive audience and this is mentioned and appreciated by Stevie Scullion.

Ben Glover has a growl in his voice when he sings the song “Oh Soul”. It’s a song about legendary blues musician Robert Johnston who allegedly sold his soul to the devil in return for musical genius, just one of many fascinating insights on this afternoon into the world of a singer songwriter.

There is an evident bond and mutual respect between the three artists who have put together this series of seven shows around Northern Ireland under the “Northern Lights” banner. There is Malojian’s insistance at regular intervals of reminding Matt McGinn of the lack of copies of his latest album “Latter Day Sinner” on sale at the merchandise table in the venue.

Ben Glover’s move to the USA is evident in the vibe of his songs and he showcases the award winning “Blackbirds” written in collaboration with renowned American singer songwriter Gretchen Peters who has previously written songs for artists like Bryan Adams, Neil Diamond and Etta James. It’s a powerful song that Glover opts to perform alone, a song set in the cane fields of Illinois and tells the tale of arson and murder.

There are poignant moments in the afternoon especially around the song “Crease of your Smile” when Stevie Scullion talks about the death of some close friends in recent times and how the smiles of his child somehow make it all just seem a little easier.

It’s a weird situation at a gig when there is more than one last song. Everyone gets to deliver that last song and they are all received with genuine warmth and affection by this crowd who obviously appreciated these wonderfully talented artists. You may have come to this gig on the back of your desire to see maybe one or two of the performers today but there is no doubt you left the venue with an appreciation and a new found admiration for the others.

It was a fitting way to round off this “Northern Lights” tour. 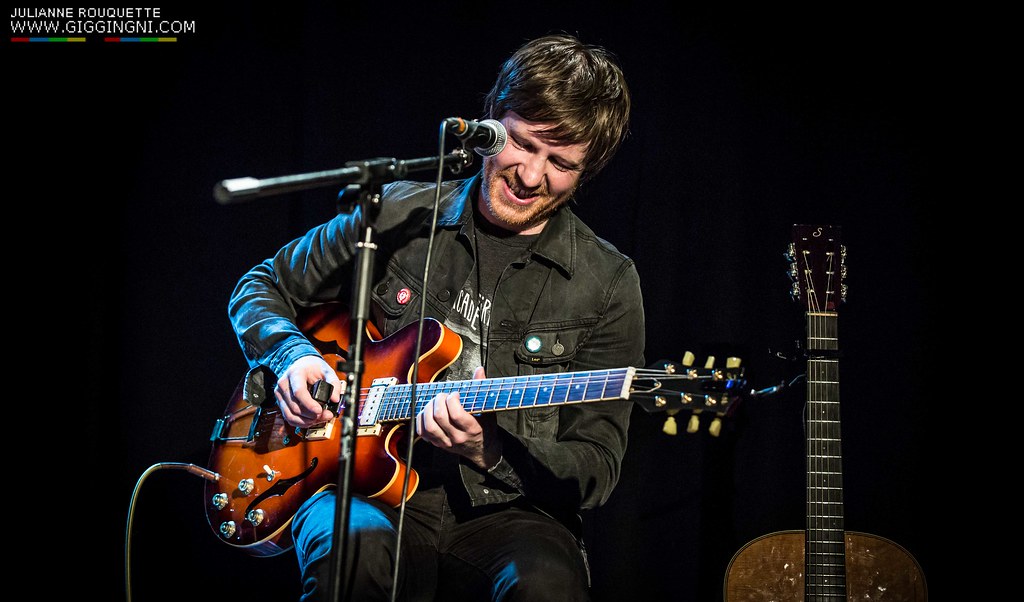