Lisburn-based Smoking Tongue are first to take to the stage of a frustratingly quiet Empire. Its testament to the acts tonight that the size of an audience hasn’t diminished the impact or professionalism of any involved.

The wings are filling up but you could swing a large dog around the floor. Undaunted Brendy grabs the mic and belts out a string of solid rock numbers. A soulful, lived in vocal, supported by surprisingly funky bass, melodic guitar lines and a driving beat. Smoking Tongue have been busy over the last couple of years, producing a selection of polished sounds.

They’re followed quickly (such wonderfully unfussy changeovers between acts tonight) by Dublin band Late City Edition. The quintet bring together a diverse pot of influences – more firmly in the indie vibe of the 90s, but with a pronounced 60s folk vibe (notably The Byrds). They’re tight, confident and engaging, tempting this reviewer to hunt out their recently released debut album.

For those of us of a certain age, Belfast is spoiling us a little tonight with Space taking to the Empire, while Kula Shaker are down the road at the Limelight. I feel like I’m finally getting the chance to indulge my teenage musical tastes.

A klaxon blasts, a video projector kicks into gear, with the Space credits scrolling a la Star Wars. A female robotic voice commands ‘Give me your future!’ (the name of the tour and the forthcoming new album) and the techno drum loops of “Fran In Japan” set the scene as the band take to the stage for a frantic uptempo take on “Charlie M“.

Its 20 years since Space first came to our attention with their debut album, Spiders. Theirs was a blend of indie trip-hop, electronica, and lyrical subversiveness packaged with Liverpudlian wit and accents. While many might have thought they disappeared years ago, the group reunited in 2011 after a break of several years, released a new album in 2014 and have a follow up due imminently. Most of what made them a success first time around remains in place.

Lead singer/songwriter Tommy Scott is bathed in red light for much of the performance, lending an air of impish malevolence to the show. Dapperly donning a fedora, Scott cuts a Hendrix-like silhouette on the stage, with a little Peter Wyngarde thrown in for measure (I can just picture Wyngarde in a Space music video). It’s a bohemian vibe, a nod to the 60s and 70s, in keeping with the recent musical direction of the group. His Scouse accent warms and warns equally as the songs delve between the highs and lows of the human condition.

There’s a real sense of togetherness with the current line-up, smiles and banter are frequently on display and in spite of the less-than-full house, they never let the performance slip. Long-term keyboardist Franny Griffiths is donned stage right in a Dawn of the Dead t-shirt,  (a Bill Bailey figure). Phil Hartley on bass sports a gigantic silver beard, lending a sort of Viv Stanshall as hillbilly vibe to the scene. Percussionist Allan Jones quietly pounds the drums at the back of the stage. The look is eclectic, but then so’s the sound, and it works.

The set is heavy on tracks from Space’s first two albums Spiders and Tin Planet, with no less than five tracks from Tin Planet and seven from the debut. Aside from the openers, there’s little surprise here as all the best known tracks get an airing – “Mister Psycho”, “Money”, “Begin Again“, “Avenging Angels“, “Female Of The Species” and “Neighbourhood“. The classic numbers are played with familiar gusto, perhaps slightly more guitar-oriented, more grungy, than the recorded versions. Its not until the latter numbers of the set that the audience really wake up and sing along – “The Ballad Of Tom Jones” being both a tipping point, and also the most ‘like’ the original, with Cerys Matthews’ vocals being played alongside Scott’s sardonic delivery.
It’s little surprise that the ill-fated Love You More Than Football is omitted, and there’s nothing from Suburban Rock ‘n’ Roll either, but disappointing is the lack of anything from 2014’s Attack of the Mutant 50ft Kebab.

We are however presented with a sampling of four tracks from the new LP. “Kill Switch” is loud and fast, a relentless almost angry sound, and probably the most forgettable of the new material on first listen. “Give Me Your Future” is a sparkly space cry, uptempo, upbeat, catchy. “The Loneliest Robot” has a slow soulful start, developing into the bastard offspring of Roy Orbison’s “Crying” and the Queen catalogue. While “You Got Me Dancing Like A Blow Up Doll” gives Allan the chance to switch from drums to guitar while Tommy whirls about – in the manner of a drunken dervish.

Where Attack lingered in B-movie horror film territory, Give Me Your Future wallows in a world of B-movie sci-fi, a retro progression harking back to the concept albums of The Kinks and The Who. Scott’s lyrics continue to be playfully tragic, stories of love tainted by misfortune and misunderstanding, hypocrisy, frustration, mental scars. Rich offerings that reward repeated listening.

The hour-long gig finishes with energetic versions of “Drop Dead” and “Me And You Vs The World” played out to an appreciative audience.

It seems like a short set (easily expanded had some of the more recent work not gone overlooked) but quality not quantity is the measure of tonight. Space are on excellent form, and every bit as vibrant as they were two decades previously. As the show ends Tommy is called by a waiting fan and steps off stage into the assembling audience members – there’s an intimacy and friendliness which enamours the group further to the room. Taking time for meet and greets, signing autographs and posing for photos, and easily winning over any doubters. Space might not be as well remembered as other 90s acts, but their cheeky cynicism can scarcely have lost its impact.

Give Me Your Future is released later this month. 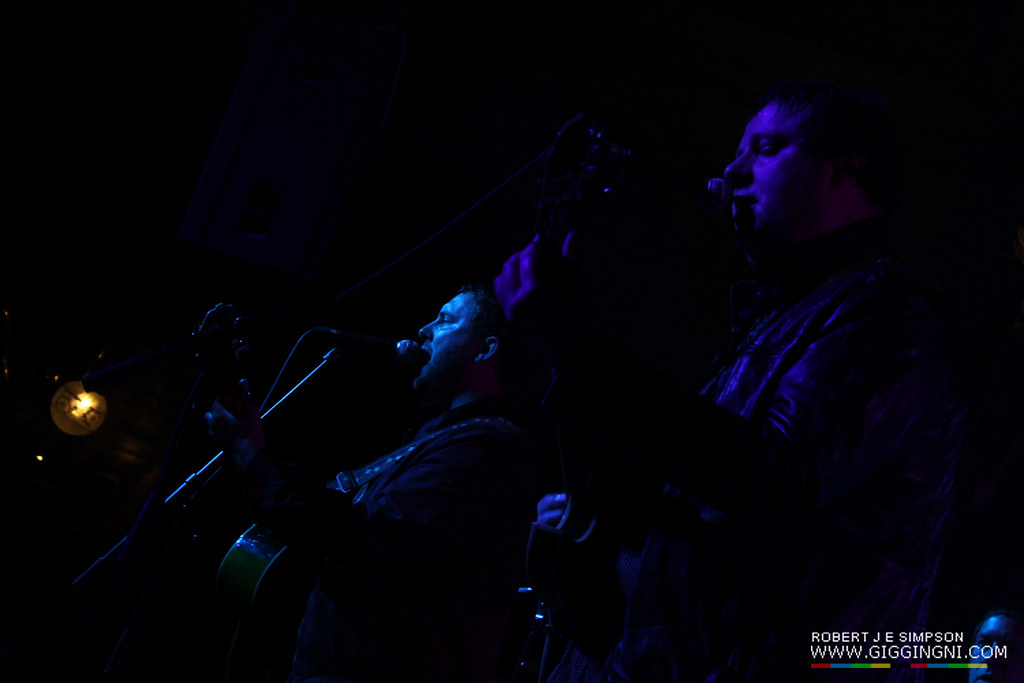