Entering the venue this evening the mood was high. Everyone was there to rock their socks off, and it was an absolute stellar line up ahead to look forward to.

Trucker Diablo, a hard working local band from Northern Ireland that can get a crowd moving just by playing ‘Drink Beer, Destroy/Seek & Destroy.’ It is a superb mash up of a classic Metallica song mixed with their own lyrics.

The band themselves tore through a set that included songs like ‘The Rebel’, ‘Drive’ and even their new single ‘Fight for Everything’. With their hard rocking powerful riffs and great onstage chemistry it is no wonder they have been endorsed by hard rock names like Ginger Wildheart, Joe Elliot and Ricky Warwick.

The Treatment were second on the bill and after introducing themselves set about delivering an unbelievable performance.

Originally from Cambridge they have gone from strength to strength playing festivals and supporting some big names in rock like Alice Cooper, WASP and Slash to name a few.

The energy the guys had mixed with all the riffs in songs like ‘Cry Tough’ and ‘Generation Me’ from their new album titled ‘Generation Me‘, along with some old songs like ‘I Bleed Rock + Roll’ were a joy and highlight to watch being performed as both the crowd and the band gave it there all from start to finish.

Finally Airbourne and what can I say? They are loud! Very loud!

When a band sets up not one but four massive Marshall Cab speakers, add in a big stadium equipped drum kit, bass guitar and two guitars you know the roof is going to be lifted off the venue.

Now mix in some beer during the set while making sure the audience enjoy themselves playing classics like ‘Chewing the Fat’, Diamond in the Rough’ and ‘No Way But The Hard Way’; you know you’re going to be in for one hell of a show.

The band themselves are Australian and have been around since 2003, and are well known for their boundless energy and great guitar riffs.

My ears are still popping and have a deaf ringing in them yet I wouldn’t change it for the world as the three bands that are Trucker Diablo, The Treatment and Airbourne lifted the roof off the venue and whipped everyone into a frenzy that I’ve only ever seen Australian rock legends AC/DC do. 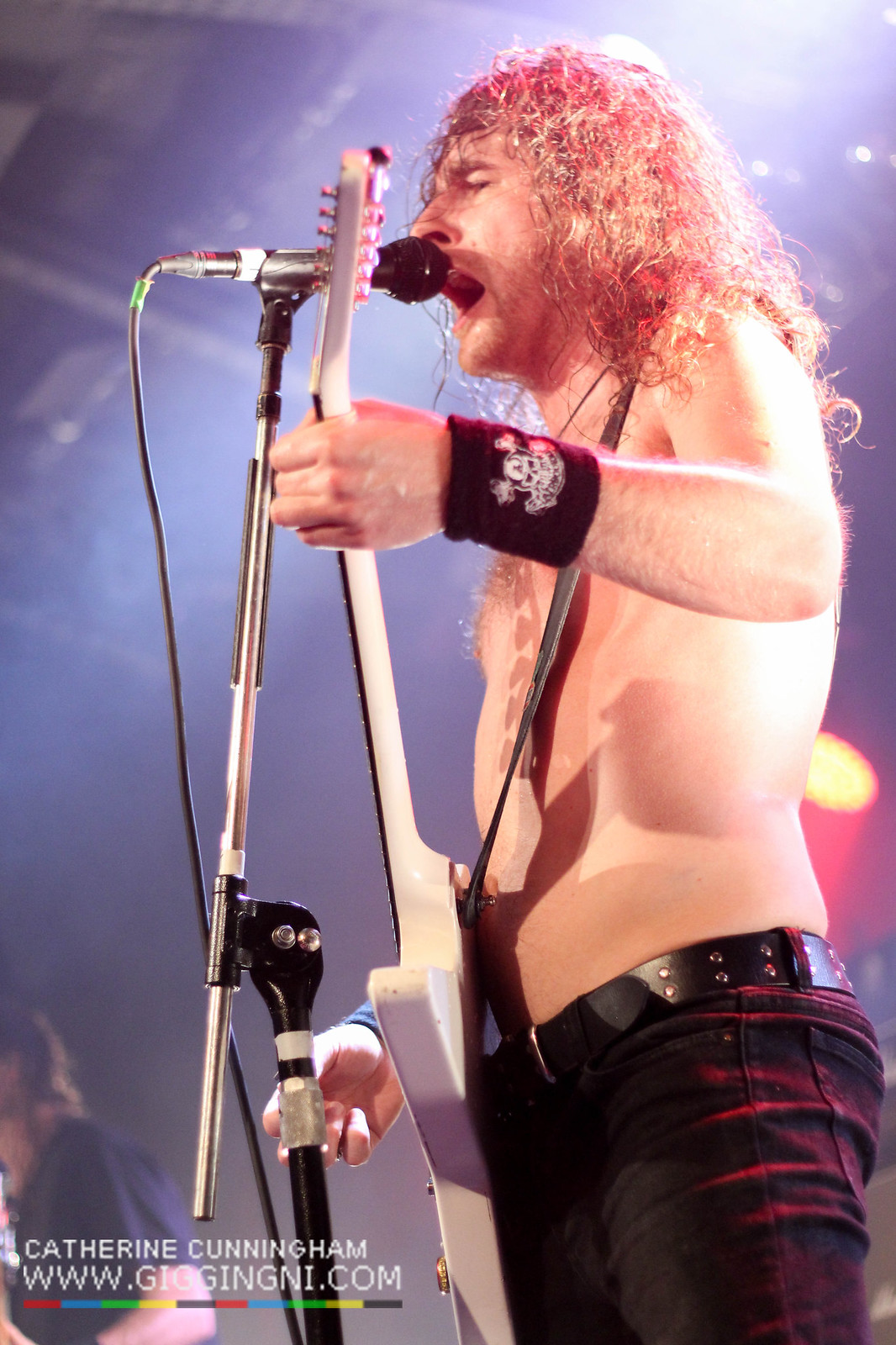