On a cold and wet September evening, any memories of Pocket Billiards’ last Belfast gig feel a far cry away.

Yet the band return to the stage still relatively fresh from their support slot with Madness at this year’s outdoor Belsonic festival only a matter of weeks ago. This time around they headline their own stage in Mandela Hall with support from Gascan Ruckus and Mylk.

Mylk get the night off to an energetic start. Before they kick things off, lead singer and synth player Brendy takes a second to clear any leads from underfoot giving us a subtle hint that he isn’t going to just stand there and sing. He and the rest of the band bounce along to the infectiously upbeat songs set against lyrics “about not being happy”.

Their sound is reminiscent of modern pop-punk bands such as Pup. This type of contrast is mirrored in the differing styles employed between lead and backing vocals. Whilst Brendy sings in a short and sharp fashion, almost reminiscent of Ian MacKay, the backing vocals are melodic. Yet again, Mylk manage to make these seemingly contrasting elements work perfectly together. While drummer Fionn from Brand New Friend may only be standing in for tonight, Mylk sound well-rehearsed and confident. Rightly so.

Gascan Ruckus keep things in motion with their riff heavy brand of alternative rock. Songs from the band’s debut album go down a treat with dedicated fans singing along to every word of gems such as “Pieces” with its heavier sounding vocals and attitude laden bassline. “Bitter Victories” also proves a favourite. It’s gentle blues-y opening soon gives way to noisy yet harmonious guitar parts.

This remains a common theme; the band speed up and slow down with ease showcasing their talents. As they draw their diverse and impressive set to a close with the aptly named “Goodbye”, band and crowd enthusiastically head bang and sing together. Lead singer Michael Woods pauses to reflect how “it always feels like a bit of a celebration in Belfast when Pocket Billiards are here”. It is clear though that the audience tonight are here to celebrate Gascan Ruckus too.

By the time all 9 members of Pocket Billiards take to the small stage it’s safe to say the crowd have been well warmed up. Frenzied dancing begins almost immediately both on and off stage. By the time the opening song has finished and lead singer and guitarist Savage gets the chance to tell the crowd to “have a skank, get dancing”, the energy levels are already at seemingly maximum levels. But there is a lot more to give. As the band begin to play “Dirty Money” a cheer goes up along with a sea of fists. The band appear effortless, dancing as they flawlessly bring their brand of ska punk to an appreciative crowd.

The crowd’s appreciation is noted and they are let in on a real treat. The band decide to slip what they have deemed “a risky one” into their set, that is, a song they have never played out before. Savage asks for some help in the chorus and the crowd willingly complies. The risk seems to have paid off as not one but two crowdsurfers make their way across the venue as “Stones and Bones” makes its debut. Energy levels continue to rise as Pocket Billiards play old favourites “Robot Repeat” and “S.P.I.D.E.”. Their simple yet catchy chorus’ showcase the band at their best; within seconds anyone can pick up the words and sing along immersing themselves into the experience which is seeing Pocket Billiards play live.

As the night draws to a close with “Belfast Town” it is impossible to see the band and crowd as two different entities anymore. As the brass section rock back and forth whilst they play, and Steve on keys kicks his knees up to chin level, the same thing is happening across the floor in one big party. If it feels like a celebration when Pocket Billiards are in town it seems that everyone feels this way, regardless of which side of the barrier they are standing on. 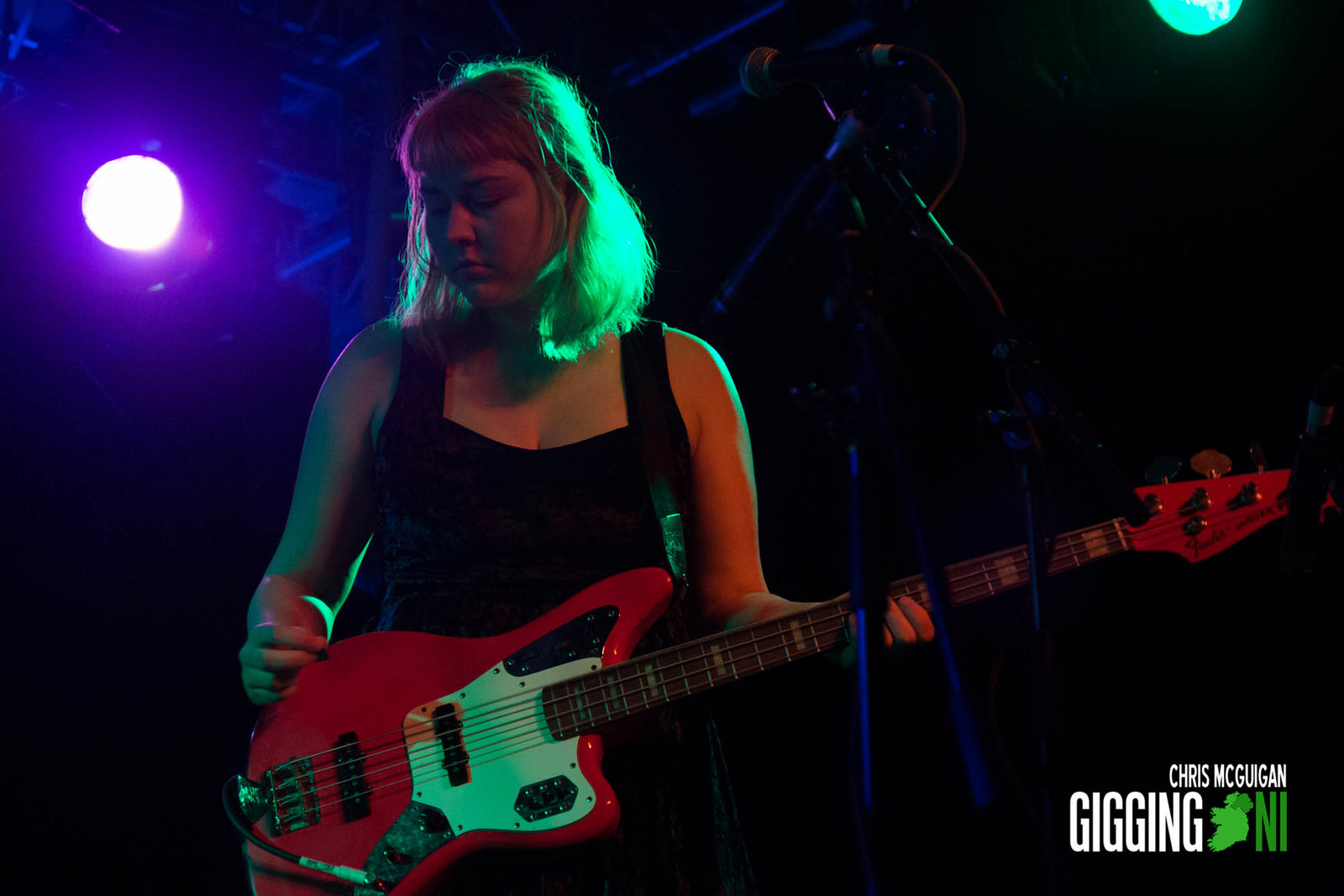