Open House Festival has been running since 1999 and I have fond memories of the gigs in the fairy light lit marquee in Custom House Square in Belfast in September time, and who could forget the legendary Chillifest.

But in recent times most of the Open House Festival events have been focused around the Bangor area and I have been rather guilty of neglecting them. That all changes when I am given the chance to see Sam Beam and Jesca Hoop perform together in the Marine Court Hotel in Bangor’s Marina area. The venue seems a strange choice and I wonder en route on the train if it will be a soul less affair but I could not be more wrong. The ballroom stage is bedecked with gathered silk curtains as the backdrop and the stage is lit gently and the scene softened with large plants, giving it a feel of a cabaret music hall.

First up on the stage is a solo artist referred to only as Erika. She is one part Patti Smith and two parts Phoebe Buffay of ‘Friends’ and although her voice is powerful it weirdly reminds me of yodelling and it doesn’t do much for me. But she’s pleasant and puts in a very honest if sometimes awkward performance – on the second last song it’s obvious she is overcome by emotion and wipes her eyes, smearing her eye makeup, prompting a guy in the crowd to shout up and question if she wants a hug, which she politely declines.

I don’t know if it was first night nerves or the subject matter of the songs which upset her but she soldiers on through a few of her own songs and a few from her band ‘Heartless Bastards’.

When Sam Beam and Jesca Hoop take to the stage though it lightens the mood. Beam makes reference to the ballroom and jokes that he didn’t realise they were going to get married on this tour and it sets the tone for the easy banter between both artists. It’s easy to imagine looking at them that they are a couple from Middle America at the turn of the 20th Century, such is their simple plain dress and when they launch into Kiss Me Quick from ‘Love Letter to Fire,‘ their most recent album. I really feel transported out on the prairie.

Their two voices meld so well together – it is like they were made to sing with one another and at times it reminds me of the now defunct The Civil Wars with their effortless harmonies and Americana feel. On ‘Know the Wild That Wants You’, the effect of the harmonies are just stunning and the song takes on a plaintive quality.

In between the songs Beam is charming with his rich warm voice as he tells us he ‘loves that shit’ about people whooping when they clap. ‘One Way To Pray’ is a melodic affair and gently moves the set along. Hoop is slightly more reserved than her counterpart but they seem to bounce off one another with ease, her the straight man to his funny one. ‘We Two Are Moon‘ lets Hoop showcase her voice a bit more and resembles more of her solo work, (which I recommend you check out, she’s awesome) with the slight staccato singing.

The pair tackle one of Sam Beams songs as Iron and Wine next, the beautiful ‘Belated Promise Ring’ and once again the two voices take what is already a pretty song and slow it down into a gorgeous love song with its evocative lyrics “ say time may give you more then your poor bones could ever take I think I could never love another girl”.

‘Bright Lights and Goodbyes’ is an enchanting story told so beautifully and it is pure magic. A few times throughout the show I was moved close to tears, so emotive are the lyrics and the combination of Sam Beam and Jesca Hoop’s voices over the melodic guitar is just phenomenal. ‘City Bird’ is up next, as Beam describes it, ‘a stone cold Jesca Hoop classic’, and its a mournful sparse song enhanced by Beam’s backing vocals and it really lets Ms Hoops voice shine prompting a rapture of applause when the song ends.

Endearing herself further to the crowd Hoop expresses a love for our soda bread and milk stating we ‘sure know how to eat’. The pair embark on a cover somewhat reluctantly with Beam joking that if we like the original we ‘will never like it again after this’ and when they begin playing it is somewhat discordant and uncomfortable feeling so it takes me a minute to realise that it is ‘Islands in the Stream‘ by Kenny Rodgers and Dolly Parton. It definitely was a departure from the original and I am glad when they play an unknown track straight after so it cleanses my ears!

‘Milky Way’ was a song we are told which didn’t make it onto the album and it’s hard to see why as it is, like those which precede it, arresting. ‘Midas Tongue’ is next and is followed by a newer song by Jesca Hoop titled ‘Pegasi‘ on which we really hear the range of her ethereal voice. Beam content to give the platform to her, praises her work but jokes its time for a domestic dispute next and they launch into ‘Chalk It Up To Chi‘ which is an argument of a song, a back and forth teasing affair about shaping up. ‘Hunting My Dress‘ another ‘stone cold Jesca Hoop’ classic is played next before they end with ‘Every Songbird Says‘.

Leaving the stage to a standing ovation we are all desperate for more so we clap and whoop (hey, its encouraged) and they return to play a haunting and discordant cover of The Eurythmics ‘Love is a Stranger’. It’s weird to hear such an iconic pop song sound so sorrowful and it changes the tone of the song so immensely. And with that the show is over. My only criticism is that they didn’t play the beautiful ‘Soft Place to Land’ but you cant have everything! I hope the two collaborate in future as the two voices together are nothing short of bewitching.

Another great booking by the wonderful folks at Open House Festival whose crusade to try and breathe life into Bangor town centre with their festival is nothing short of admirable and if the satisfied crowd from Monday’s sold out show are anything to go by, they are on their way to success. 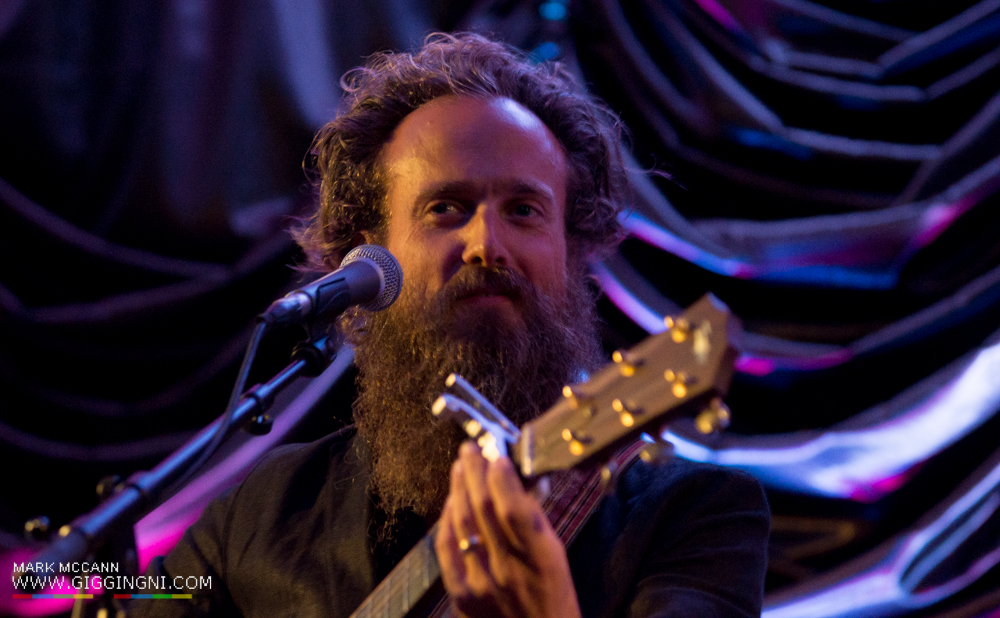