The Empire Music Hall has hosted its fair share of concerts over the years, from popular cover bands of big groups such as AC/DC and Guns N Roses to touring solo artists such as Grant Nicholas and our very own Ken Haddock.

Tonight went above and beyond the threshold of Rock N Roll. If you ever thought a band lifted the roof off a venue then the way these four bands came out and took not only the roof off, but managed to blow everyone’s minds by walking across bars, dancing on tables and even joining in on getting into a circle pit to give the fans a memory they will never forget.

Kaleido are a kind of hard hitting pop punk band from Detroit, Michigan. They were the first to hit the stage and hit the stage with an absolute bang. They came out all guns blazing to set the mood for this evening and the mood was fun, dancing, in your face Rock and enjoy every minute of the show.

They blasted through their set including songs with a Rastafarian vibe in ‘Trouble in Paradise’ and powerful female vocals which echoed through with the instruments throughout the hall and into the ears of the fans.

‘Love Design’ and ‘Unbreakable‘ were great songs as were the instrumental pieces whilst lead singer Christina Criss introduced the band to the audience before climbing off stage and starting a circle pit with everyone standing near the stage to pump the crowd up and get them ready for what was about to unfold. An extremely good band that I could happily watch or listen to over and over again.

Sumo Cyco a punk metal based band that hails from Toronto, Canada. They took to the stage swiftly after Kaleido and introduced us to our second female vocalist of the night Sever (aka Skye Alexandra Sweetnam). Kaleido were a great opener and when Sumo Cyco hit the stage they took the show to the next level. Hard hitting drumming, superb guitar shredding combined with raw bass lines brought out the best in the vocals to each song that was played.

As Christina Criss of Kaleido started a circle pit Sever stole the show by dancing on the bar, tables and even walking the entire way around the Empire Music Hall whilst singing songs like ‘My Name is Rock ‘N’ Roll’, ‘Crowd Control (Do What We Want)‘ and even a fantastic cover of the Red Hot Chilli Peppers ‘Give It Away’.

It was certainly shaping up to be a night to remember already as two incredible performances were finished and two more bands were still to grace the stage.

Hed PE are another American rock band from California. Their style of music would be described as a a combination of Punk Rock with elements of Gangsta Rap, and are fronted by Brazilian American Rapper/Singer Jahred Gomes. The combination of hard hitting punk rock with rapping on songs like ‘Renegade‘ and ‘Bartender‘ really got the already adrenaline fuelled crowd whipped up into a frenzy and set the stage perfectly for the headliners Alien Ant Farm.

Alien Ant Farm are celebrating the 15 year anniversary of their album ANThology. The album itself was a hard hitting commercial success that shot the band to fame with songs like ‘Attitude‘, ‘Movies‘ and their famous cover of a Michael Jackson classic ‘Smooth Criminal’. It is a Certified Gold record in the UK and Certified Platinum record in the USA.

I don’t think the band were ready for such a huge reception that they got when they graced the stage and thanked the crowd with a toast after the first song before lead singer Dryden Mitchell decided to keep up the tradition of the evening by jumping into the crowd and whipping the crowd into a frenzy.

On stage the band are musically faultless and, bar the exclusion of former bassist Tye Zamora and the fresh injection of a great bassist in Tim Peugh, the band have remained virtually the same lineup throughout all the years.

Halfway through the show however they had to stop partway through a song because of one guy in the crowd getting too rowdy, but after he calmed down the band continued to power through an amazing set. One song after another flowed once again after the short stop to make sure that everything was alright in the crowd.

Whilst the band were having a great time with the audience, I think they were still in awe that even so late at night that the audience kept going strong until the end, so much so that one toast after another, and a constant ‘thank you’ rang out from everyone in the band.

Near the end of the show Dryden Mitchell invited Christina Criss from Kaleido back on stage to duet with him and the band before finishing with their rendition of Michael Jackson’s ‘Smooth Criminal’ and leaving the crowd on a high.

As everyone departed the venue they knew that they got everything and more from every band on the bill. It was a fantastic evening and the performance that every band gave was incredible. 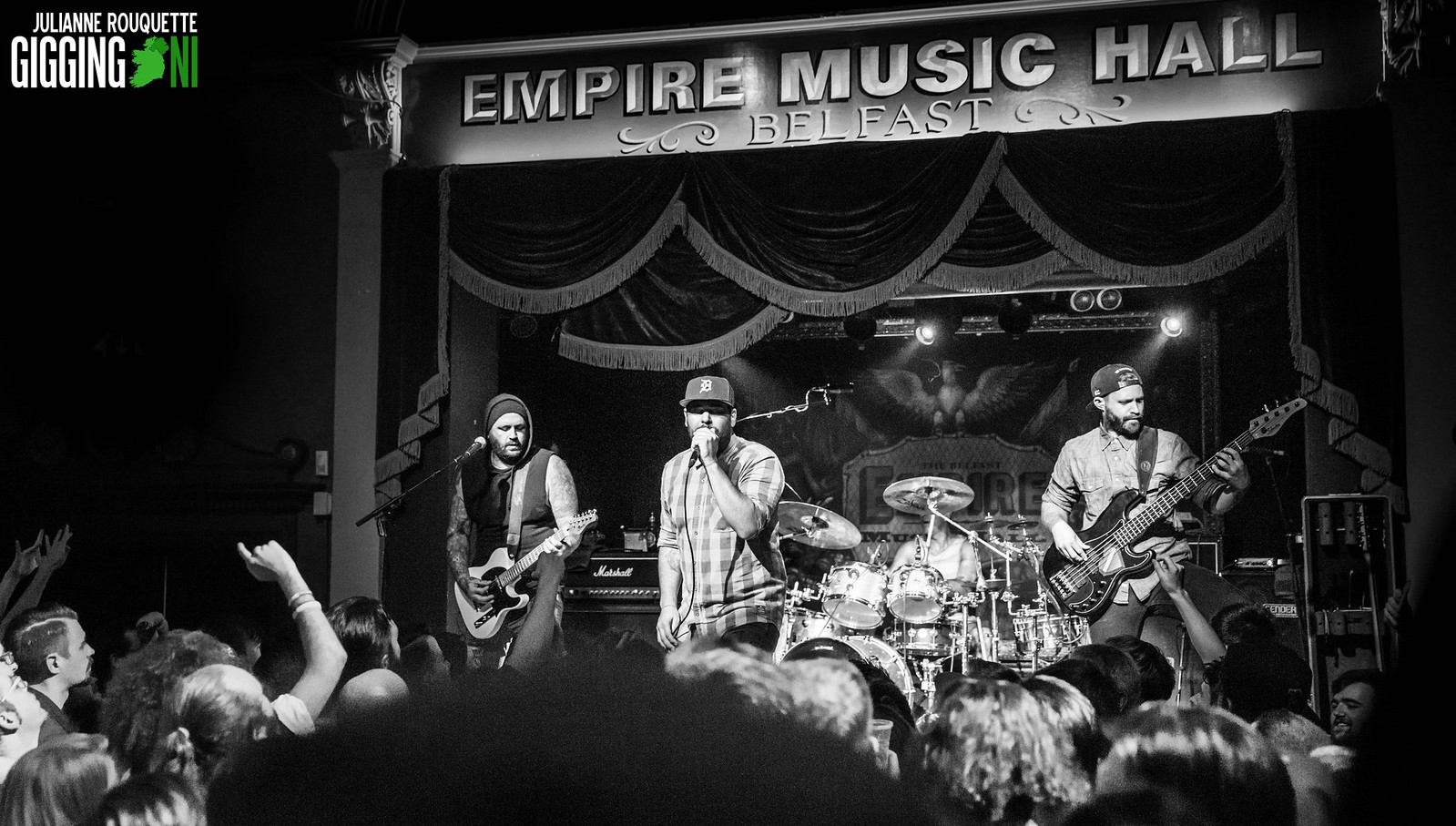