Wednesday evenings in Belfast have always been an odd day for local gigs. It’s mid-week, and everyone is feeling the slump, and with tired eyes, they look towards the weekend. The good thing about where I work is that it’s conveniently located behind the Students Union, and I was looking forward to enjoying a night of snapping some fine local bands as always. But I got the best of both worlds of music journalism – I’m doing the review too!

This gig marked the official launch of Car Chase City’s 5th EP “Captain Gravity and the Wasters” – which features the single ‘Zero Gravity’ for which the fight-club style music video was released online back in August via their official media channels. They celebrated the EP release alongside their sonic pals in The Shout, Orby Chase and Derry’s own Susie Blue who stepped in at the last minute in the absence of Shadow Police. A real mixed-bag of aural treats for the evening’s gig-goers – who piled into Bar Sub shortly after the door opened creating a buzz. You got everything from hard-hitting pop punk riffage and choruses big enough to land a plane on, to stadium-ready guitar effects, mellow breaks, fancy lighting features, and song structures that threw me back in a nostalgic daze to the good ole days hanging out at City Hall (Thank you, The Shout!).

First up, Susie Blue. Susie has been active in the Northern Ireland music scene since 2012 acting as both an independent singer-songwriter as well as fronting a 4-piece band. From the onset, Susie Blue grabbed the audience with her dynamic sound – blending synth lines, choppy rhythms, and at times a strong sense of urgency topped off with Susie’s ethereal vocal lines into every twist and turn.

Songs such as ‘Doing My Head In’, the new single ‘People Like Us’ and ‘No Shame’ stuck out in their setlist which eclectically shifted between the alt-vibes of The Pixies and Pains of Being Pure at Heart, to the gritty and more emotional bites of Placebo. The band finished their set in an unexpected frenzy of grooves and riffs. I look forward to seeing them again very soon! Facebook: https://www.facebook.com/susieblueofficial/ Bandcamp: https://susie-blue.bandcamp.com/

Next up, Belfast’s alt-rockers Orby Chase jumped onto the stage. The band and I recently shared a bill on the annual Feile an Phobail City Hall Rocks Back gig in August, and these boys know their way around a pop tune or two.

With songs incorporating stadium grade sound effects that engulfed the small basement venue, sharp bass lines, driven guitars, and psychedelic-esque harmonies – the band filled the room with hooks, melody and catchy tunes. ‘Big Tree Attracts a Woodmans Axe’ and their forthcoming new single ‘Kicks From You’ showed keen lively reflections of bands like The Beatles, Weezer, Incubus and Interpol which is always a great thing in my books! Their new single is officially launched on 11th November in McHughs Bar, Belfast. Facebook: https://www.facebook.com/orbychase/ Bandcamp: http://orbychase.co.uk/releases

Susie Blue and Orby Chase kicked off the evening on a completely different note in contrast to the succeeding pop-punk fuelled feast from The Shout and headliners Car Chase City which was to follow. Shout out to the lads who organised the bill for thinking outside the box and bringing us a diverse range of local talent!

Tonight not only marked the release of Car Chase City’s new EP, but also the penultimate gig for local pop-punkers The Shout. The band, who have been active on the scene since 2013 citing influences such as A Day To Remember and Lower Than Atlantis, have sadly decided to call it a day to pursue other personal and musical projects.

Opening with ‘This is What We Came For’ – The Shout ripped into their set with fast guitars and drums. Songs such as ‘Demons’ with its heavy riffs and half-time drops, and the tense ‘Wait For Me’ were the highlights of their set for me – showing the band breaking away from the stereotypical present day “pop-punk” conventions and taking on the sounds of Taking Back Sunday, The Red Jumpsuit Apparatus and Finch. The boys went out kicking and screaming – keeping the pace from start to end. An excellent and sweaty set to help close the band’s legacy in style. Facebook: https://www.facebook.com/theshoutofficial/ Bandcamp: https://theshout.bandcamp.com/

The stage was set, and the fancy light bars were being tested – Car Chase City disappeared from the crowd to the backstage area to do their pre-gig rituals of stretching, drinking and eating chicken wraps as the punters out front waited patiently on their arrival. I’ve seen the band grow over the years, and have known their frontman Gerard McCann from his early days in Retired Flag. The band push the envelope with each release, and never think twice about having a laugh in the process.

Suddenly, the venue went quiet, and erupting from the speakers was the hilarious sounds of the 21st Century Fox theme played out-of-tune on a kazoo with the band jogging towards the stage with massive mischievous grins. Bursting into their new single ‘Zero Gravity’ – Car Chase City relentlessly laid down the law of how the evening was to close.

With super punchy rhythms and riffs reminiscent of Four Year Strong, Blink 182-esque drum beats and a big singalong chorus – the band drew the crowd in by the scruff with determination. Their fancy bar lights [pulling out all the stops!] illuminated the room blinding the photographers whilst they continued to furiously power through their set with excitement. Songs such as ‘Secrets’, ‘Home’ and ‘I’m Not Drunk’ accentuated the band’s versatile sound and catchy songwriting, and their choice of covers showed the band’s quirky side. The infectious grooves got many a head nodding, and their songs were littered with hooks keeping the audience on their feet. 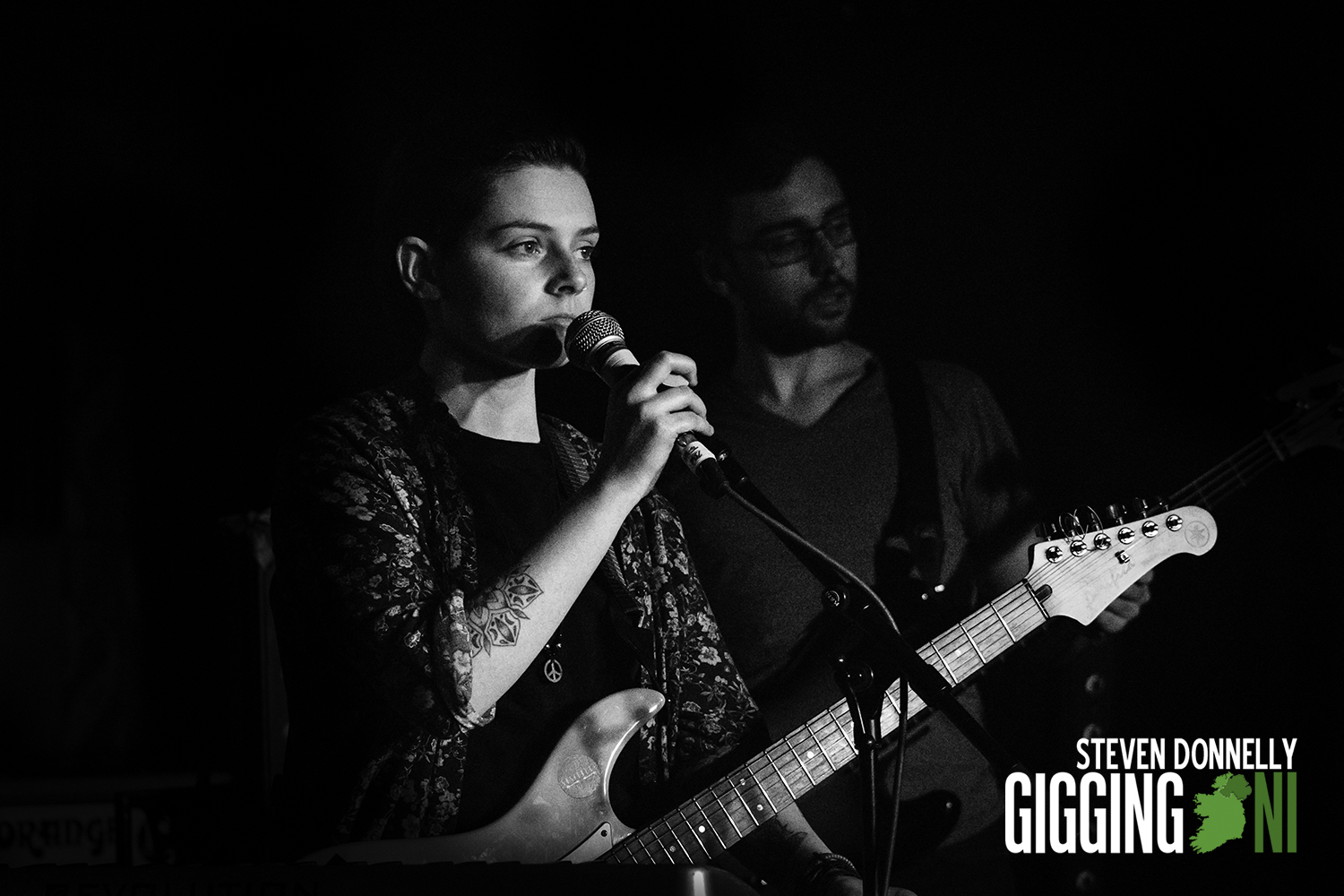