It was like walking back into the 90’s – a band once hailed as one of the crowning acts for the UK rock scene, never far from the charts with another smash hit single, were back playing for their loyal fans.

It was a packed out house in the Limelight that seen a real mix of late 20/30 somethings tapping back into their teenage years alongside newer fresher faced fans eagerly awaiting the return of a real iconic band, from the age when guitar bands trumped DJs. Feeder were back.

The night was kicked off with some local talent in R51, who fully milked every second on stage opening for such an established band. They blasted through their set, enjoying every moment and living every note. Having seen this band once before I knew any chance of a slow chilled out start to the night would not be possible for those early audience members, nor would it be quiet.

R51 raged through their usual pull no punches, heavy, hard hitting set list. It was perhaps heavier than what a Feeder crowd are used to hearing, but nonetheless lured the crowd into paying attention with their solid sound and brilliant vocals. This lead to gaining not just the respect from the crowd, but the respect of Feeder, as Grant Nicholas (Feeder frontman) paid tribute to the local band saying, “how great where they?!” a couple songs into their own set.

It was a surprisingly subdued start for the headliners. Rather than coming blasting onto the stage as was expected, they opened with ‘Another Day on Earth’, a heartfelt mellow track from their new album All Bright Electric, followed up by another new tune, ‘Universe of Life’, fuel injected with a pumping drum beat to build the adrenaline and excitement levels in the crowd that may have fizzled away with the unexpected opening. Once the veterans reached ‘Renegade’ however, the Belfast crowd started to get into the flow of things and showed their love for the band early on as they sung every lyric to ‘Feeling the Moment’, one of Feeders more notorious of hits.

The night continued on with hit after hit, Feeder blasted out their much loved classics such as ‘Pushing The Senses’ ‘Lost and Found’ and ‘Come Back Around’ while dabbing into their new material every now and again. A real crowning moment of the night was when the inevitable and much anticipated ‘Buck Rogers’ was played. Starting slowly, almost acoustic, teasing the crowd as to what was coming, knowing fine rightly the response that was coming from the audience once it was turned up loud.

The night from start to finish was filled with a sentimental buzz in the air which seemed to transform everyone back to their younger selves. From where I was standing I seen old and young faces all acting and dancing the same way, not buying into any stereotypical way of how they should act, instead allowing the nostalgia take over their bodies and embrace the music they loved to hear back when Feeder were at the prime of their powers. This was at its most apparent when to top the night off, Feeder ended on the mega hit, ‘Just a Day’, that had the Belfast crowd singing every word so loud they drowned out Grant and provided their own vocals for the song.

The night was a clear sign that Feeder have retained all the old fans from the glory days as well as winning over the hearts of newer faces. A band that will forever remain on playlists, continue to perform with high levels of energy and unquestionable talent, a band with the ability to give an audience exactly what they want for a live gig.

I have to say, it’s great to have them back. 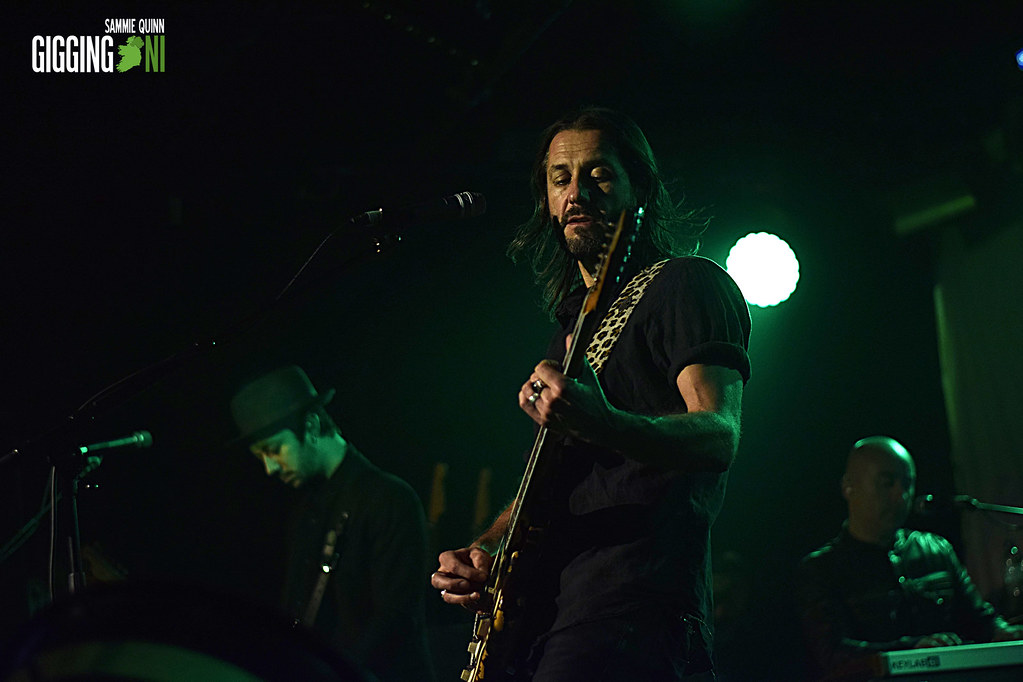