Michael Kiwanuka shares his soul-searching music with the people Belfast as he proved to everyone why he is the next soul legend of our generation.

The sold out show opened with Ealing singer/songwriter Isaac Gracie.  He has made quite an impression on the music industry in the past 9 months as his beautiful folk songs are reminiscent of some of the greats such as Jeff Buckley.  He was the perfect choice to set the stage for Kiwanuka.  His songs were simple, beautiful and incredibly poetic.  I am excited to see what is next for Isaac Gracie and I will be definitely be keeping an eye for a potential headlining show next time.

After a fantastic support act, the crowd became excited as we waited or Michael to make his appearance.  The stage was incredibly minimalist with blue hue lighting and the singers name in the background.  I felt this was to be expected as there was no need for crazy and distracting sets.  Michael only needs his guitar and his voice to make any room go silent.

The anticipation continued to grow as people were coming on and off the stage to set up.  Then, after what felt like a lifetime, we heard the beautiful piano with the Pink Floyd-esque hue in the background.  Then came the note.  You know the one I’m talking about; every great guitarist is easily identifiable from one simple note on their guitar.  With Michael it was the first note of “Cold Little Heart”.  As soon as he began to play the out the entire crowd went silent and just stared in awe.  The gig couldn’t have started with any other song; this is his staple and shows exactly what he can do as an artist from the very start of the show.

After “Cold Little Heart” came the heavy bass of “One More Night”.  A slightly more upbeat song to counter the previous one.  It definitely got the crowd moving and singing along.  Michael’s voice was completely flawless throughout the entire performance; one of those rare singers that actually sounds better live than in  a recording.  The band behind him were also a credit; the drumming, bass and the backing singers all worked in perfect harmony with one another.

The song I was most anticipating was the sensational “I’m a Black Man in a White World”.  Then five songs in we heard that familiar clap alongside the lyrics ‘I’ve been low, I’ve been high.  I’ve been told all my life, I’ve got nothing left to pray, I’ve got nothing left to say’.  I feel this is the main song that really illustrates the hardship and soul searching that Michael has had to go through to get where he is now.  It seems his songs are not meant for just entertainment; but it is like a segment of a personal diary.

As the gig went on, it seemed the crowd felt the real authenticity of Kiwanuka’s lyrics.  I have never been to a gig where the crowd was completely quiet during a song being played and then such an applause when one was over.  We were all there to listen and learn.  Michael seemed to really connect with the crowd and seemed happy to be performing in Belfast.  I was relieved at how down to earth he seemed on stage.

He finished his set with the brilliant “Love & Hate”.  This is arguably one of his better known songs and finished the gig with a real sense of familiarity for the crowd.   It was the perfect way to finish an entirely flawless set.

The entire gig was as expected from start to finish.  It was a faultless performance from both Isaac Gracie and Michael Kiwanuka.  After seeing them both play live I am eager to see what the next few years brings for these artists. 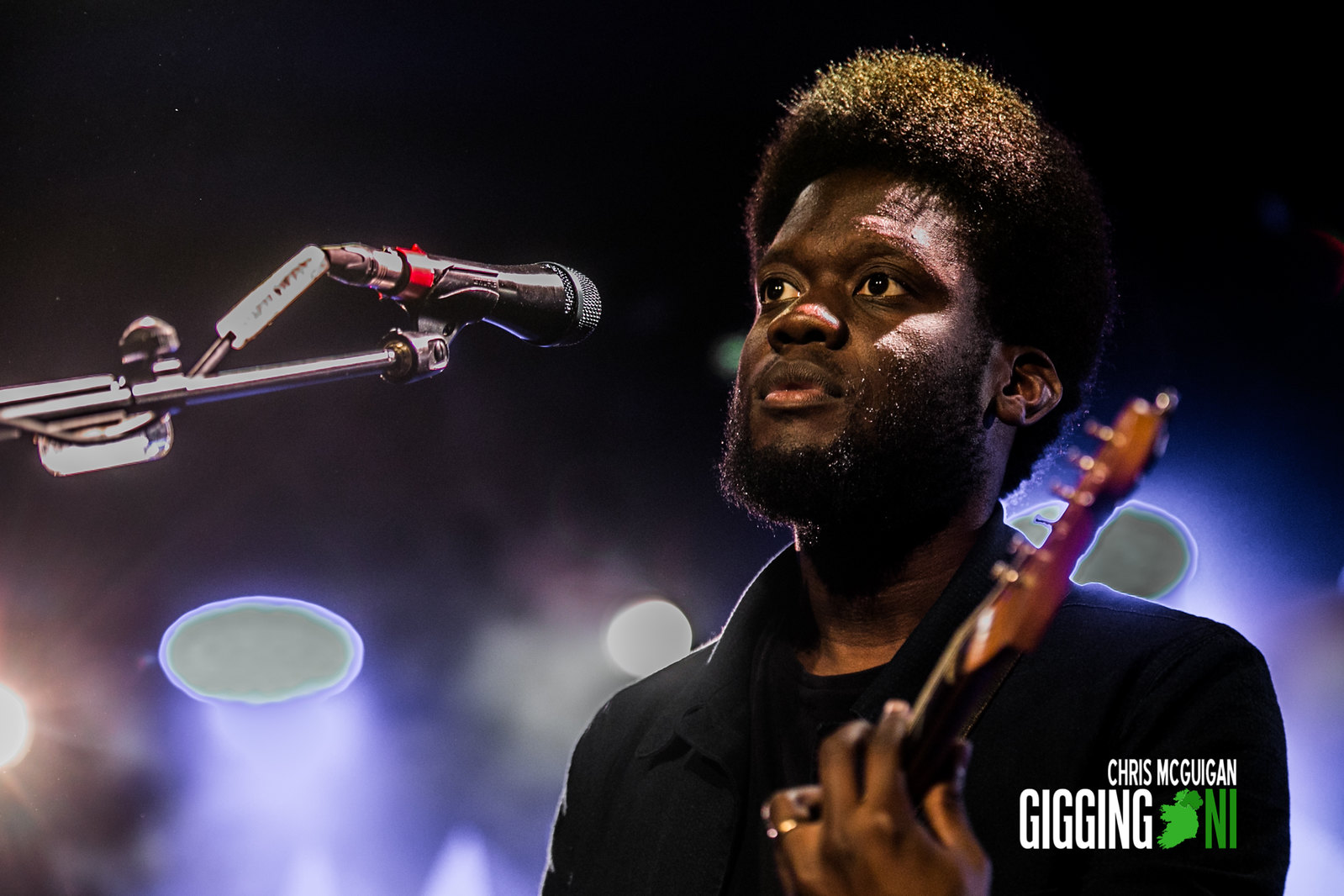