Multi award-winning rock band ‘Nickelback’ returned to the SSE Arena after an eight-year absence to a remarkable reception. Having last graced Belfast with their presence in 2008 the ecstatic reaction from the audience proved just how long their fans have waited for the bands return. The band who released their last studio album ‘No Fixed Address’ in 2014 have been said to be working on their ninth album to the delight of their fans.

Providing support for the night, Canadian rockers ‘Monster Truck’ are the perfect addition to the line-up. Forming in 2009, the band gained momentum quite fast embarking on a sold out Canadian Tour with ‘Sheepdogs’ and then being hand-picked to open for Slash. Their latest album ‘Sittin Heavy’ has garnered rapturous responses from fans and musicians alike.

Erupting onto the stage with vigour and energy, Monster Truck are not here to mess around with lead singer Jon Harvey announcing ‘let’s rock and roll’. The band who have stated that they believe that the term ‘Rock n Roll’ is thrown around haphazardly make it evident from their live performance that they are not a band who take it lightly.

Their song ‘For the People’ is an anthemic and jubilant country filled track with its upbeat harmonies and riffs. Nickelback’s Ryan Peake also emerges onstage to not only accompany the band on guitar but to also provide vocals for the band’s final song ‘The Lion’.

With the audience now truly warmed up, anticipation builds throughout the arena. With no introduction and wasting no time the band launch straight into their set with ‘Edge of a Revolution’, a single from their most recent album, it immediately sets the tone for the rest of the night.

Building a nice rapport with the audience by telling stories of mixing up city names in Australia, Kroeger comes across as down to earth and friendly. Telling the audience, he never thought he would make a living singing this song every night the band begin their ever raunchy ‘Something In Your Mouth’. Following an intense performance of fan-favourite, ‘Animals’, Nickelback decide to descend further into their back catalogue and take their first trip down memory lane.

Their song ‘Photograph’ helps to incite a lovely feeling of nostalgia and keep’s the crowd singing along and thoroughly entertained. With a set that spans the last decade Nickelback ensure there is something in there to please everyone. Inviting two members of the audience on stage to accompany the band for ‘Belfast Karaoke’ Nickelback fan or not, I think everyone could utter every word of ‘Rockstar’.

The quintessential front man Chad Kroeger moves around the stage with ease and exudes charisma and confidence. His voice is so astounding that half way through the set I have to turn and ask is he actually singing live as I am so impressed. Their 2001 song ‘How You Remind Me’ which helped propel the band into the height of their fame is the highlight of the night.

The musical equivalent to marmite Nickelback have remained one of the most hated bands of all time with constant criticism, being voted one of the worst bands of all time and even a petition to stop them returning to the UK. Despite this, the band are just as popular as they are unpopular as proved by the packed out and thrilled SSE Arena. Whether you like to admit it or not, Nickelback put on a damn good show and as everyone’s favourite guilty pleasure, let’s hope the band don’t leave it so long until the next time they return. 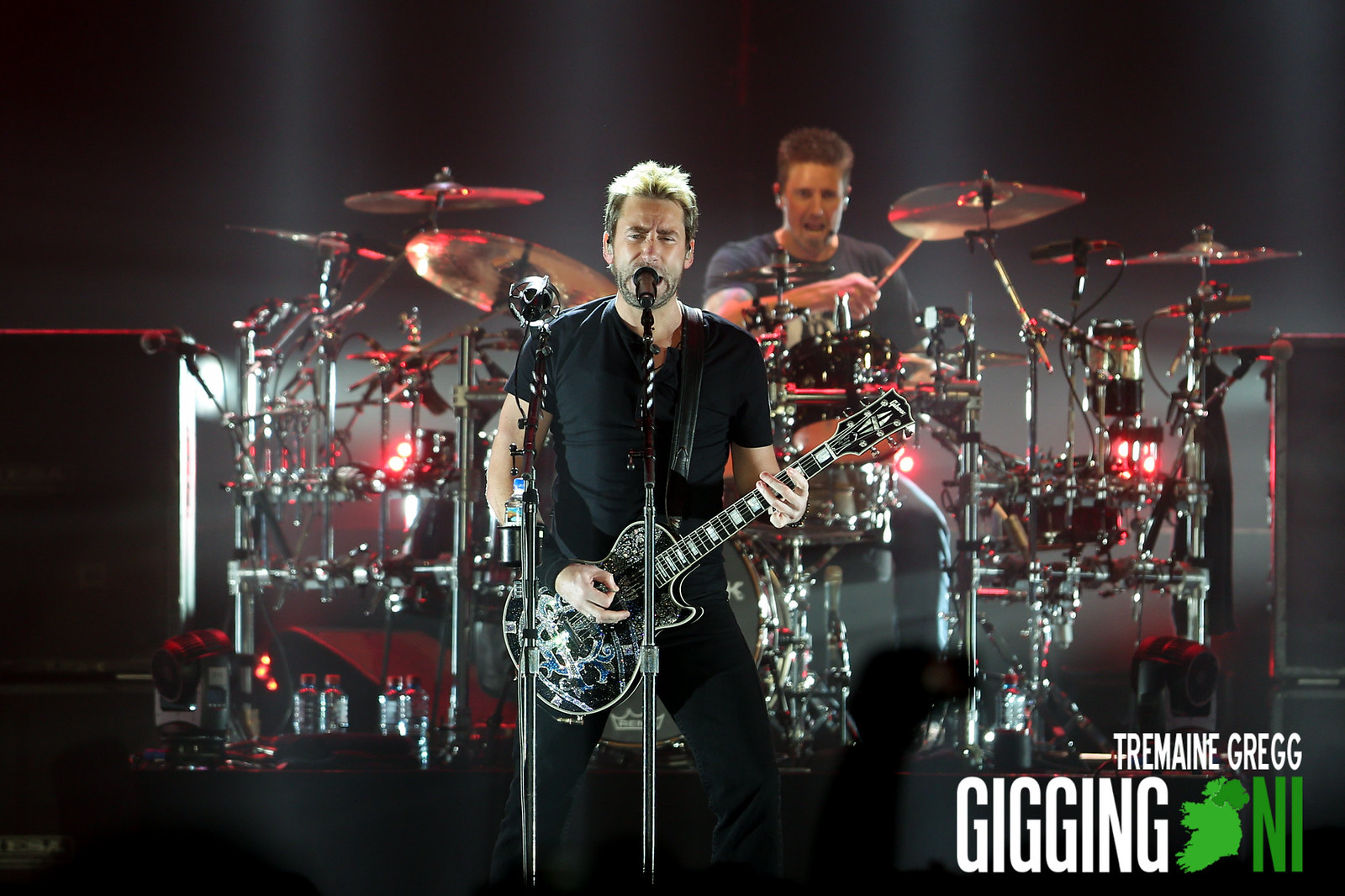 Writer for Gigging NI since 2014