On their third visit to Belfast, Sleaford Mods play their biggest venue yet having entertained Voodoo and Black Box in 2014 and 2015 respectively.

The necessity to increase the capacity every time they come to town somewhat personifies the growing unrest and disenchantment the public have with our current state of affairs. Offering the older generation a rebellious output reminiscent of Ian Dury, The Fall and John Cooper Clarke, the younger fans can see the attraction thanks to modern acts like Death Grips and Kate Tempest, almost genre-defying artists offering their own versions of political poetry.

With the stage set up amounting to a single mic stand and a laptop perched on a few milk crates, you’d be forgiven for thinking this was an art piece, and to some in attendance it probably is. A crowd consisting of both the intrigued and those right at home. The obvious old school punk/mod is a given but peppered among the sparse gathering; some professors from across the way maybe, standing at the back, coat in one hand, drink in the other.

Jason Williamson a mod of sorts, spits vitriol into his microphone from the word go, possessed by the preprogrammed backing tracks courtesy of his counterpart Andrew Fearne. Swaggering around the stage like a bow-legged baboon doing an impersonation of Mick Jagger, the volatile nature of his actions heighten the unnerving situation his lyrics often depict. A set consisting of fan favourites such as Fizzy and Giddy on the Ciggies were complimented with new tracks BHS and the self-titled track from their new EP; T.C.R.

With the experience of their sold out gig in the Black Box, the Mandela Hall’s cold and scattered atmosphere sadly didn’t live up to the sweaty and fevered ambience created last year. A committed few got close to the stage but many favoured the outskirts, opting to have full blown conversations while drinking their £4+ Franciscan Well. It’s by no means a reflection of the efforts on stage, Fearne swaying from side to side grinning ear to ear and Williamson resembling a tangled puppet saturated in sweat.

As the duo return to the stage for their three song encore, it’s a cruel irony that they open with Jobseeker, a song depicting the exact demographic that probably couldn’t afford the ticket for a gig like this. It’s a necessary evil the band are probably all too aware of and logistically something they have no control over.
Crowd pleasers, Tied Up In Nottz and Tweet Tweet Tweet, close the night out with the all too obvious reminder of our blissful ignorance to that around us.

In a world where the youth of today has everything to be worried about, it’s two working class men in their forties that offer the soundtrack to their doomed existence. Sleaford Mods are the perfect accompaniment to an austerity-ridden Britain, summarising everything that is wrong with society via quick-witted pop culture references, the Mods are not so much a breath of fresh air but more a gas leak here to warn us. 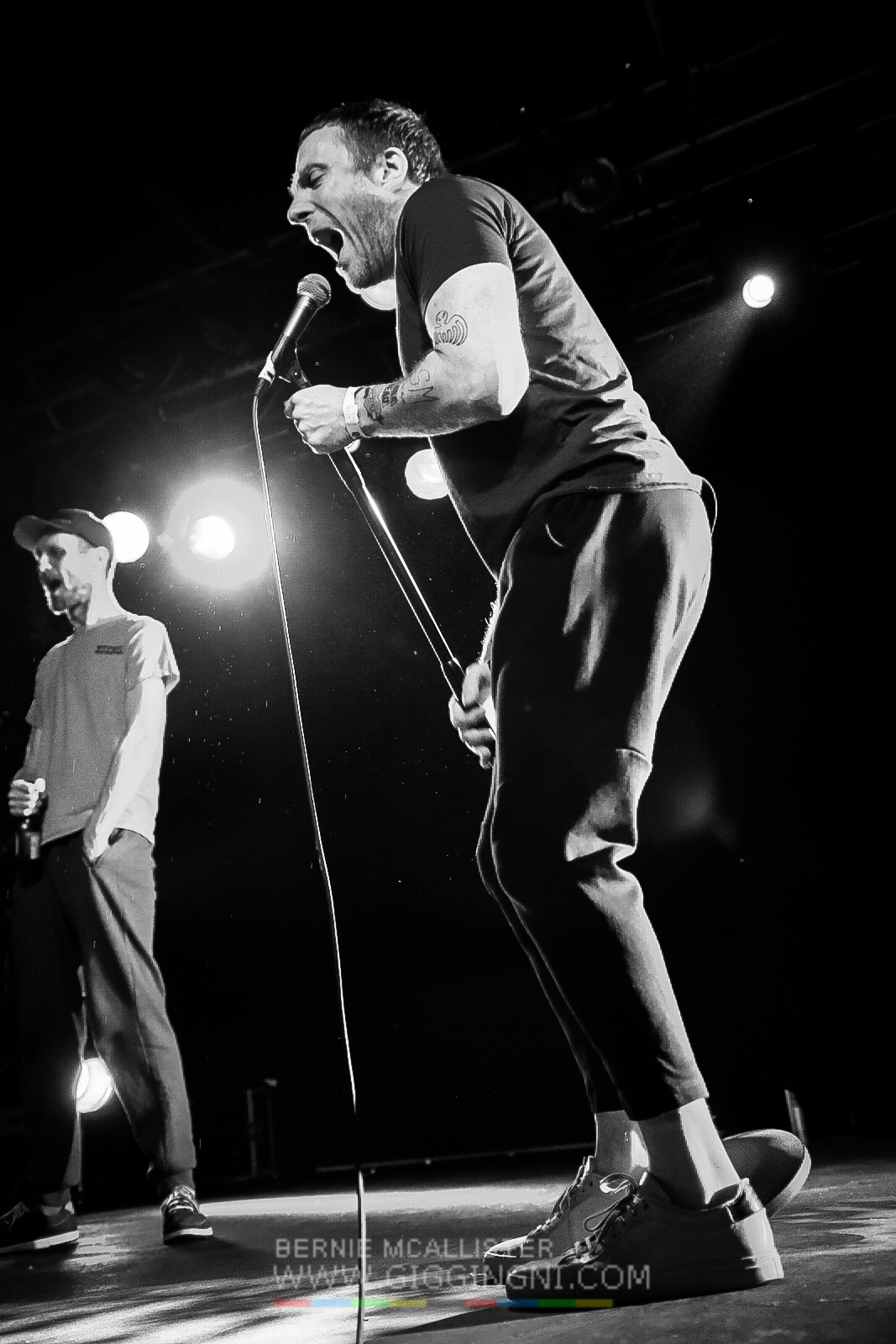