Belfast band Pleasure Beach are opening for Bell X1 in Mandela Hall playing a home town show and they do not disappoint. With high octane songs such as ‘Magic Mountain’ and ‘Go‘ its easy to see why the 5 piece have been supporting for the duration of the Irish tour. Self categorised as ‘dream pop’ they make me think that if Electric Youth and Empire of the Sun had a baby and its godparents were Deacon Blue, it would sound like this. That’s no bad thing in my book! Getting us ready for the main act with their 80s tinged sound, Pleasure Beach are well received by the crowd slowing gathering. Check them out locally while you can.

Bell X1 are something of an Irish phenomenon. Around since 2000, and consistently producing albums and touring they are relatively unknown outside of this island. Their music has been used in American TV show ‘The O.C.’ but yet they fail to make waves outside of their native shores which is somewhat of a shame. Here, they have headliner status, sell out shows and frequent airplay and tonight they are in Mandela Hall to play ‘new songs and some “hits” from the new album’ front man Paul Noonan tells us later, almost joking about their commercial success.

Kicking off with ‘Fail Again, Fail Better’ from October 2016’s release ‘Arms’ it showcases the vocal ability of all members of the band as they sing in 3 part harmony over music which reminds me of Bombay Bicycle Club. Noonan takes to playing a drum machine mid-song, unsurprising considering he was previously the drummer for Juniper, which featured Damien Rice. On ‘Bring Me A Fire King’ the lyrics are typical Bell X1 style, a meandering story, backed up with heavy bass and tinkling keys; it doesn’t fully blossom until it reaches its conclusion.

‘Sons and Daughters’ is an endearing song which begs for a singalong, asking ‘what will they make of us in a thousand years?’ ‘Velcro’ from 2011s ‘Bloodless Coup’ is a more electronic and danceable affair with its catchy chorus and insistent beat and when Paul Noonan acknowledges the audience with a shout of ‘Hello Belfast’ it is met with a deafening cheer from the crowd.

Like some of Bell X1 songs, the gig has started with a slow build and now is in full swing. Seeing the crowd eager to dance they into ‘The Great Defector’ from 2009s ‘Blue Lights On The Runway’ and with this, their biggest hit to date, its pretty clear at this stage they are fans of ‘Talking Heads’ as it has a similar sound with its bouncing bass and funny yet perplexing lyrics. Still, we all sing along to ‘You’re the chocolate at the end of my cornetto’ like it’s the most meaningful lyric we’ve ever heard! ‘Out of Love‘ from the new album gets a rattle next, and with its soulful RnB like intro Noonan says he feels like R. Kelly. A highlight of the set for me follows next, the delicate ‘The Upswing’ and reminds me of what Bell X1 are best at, understated and melodic (complete with Star Wars reference).

From one ballad to another, the band start into one of their most well known and fan favourites ‘Eve, The Apple of My Eye’. This is preceded by a chorus of ‘shushes’ from eagle eared fans anticipating the song beginning. On this Noonans voice really shines and is full of tenderness and leaves the crowd all aglow until David Geraghty on guitar/keys asks if we are ready to get back to the dancing again and the answer is a resounding yes.

So onward we go with ‘I Go Where You Go’ from ‘Arms‘ and this sees Geraghty take lead vocals and shows his surprisingly soulful voice complete with falsetto. It’s a great song but I can’t help but think its a bit out of place in the set. ‘Flame‘ from 2006 album ‘Flock‘ gets everyone back into the party mood again and chanting along with the infectious chorus (one particular lady in front of me is busting moves that wouldn’t look out of place in an 1980s keep fit video but its heartwarming to see someone letting go to a band they love).

‘Rocky Took A Lover’, another firm favourite, is up next and everyone again sings along with the comical lyrics (‘If there was a God then why is my arse the perfect height for kicking’). There is such a good atmosphere in Mandela Hall that when the song finishes and the band leaves the stage we’re all patiently waiting for a return to keep the show going. Back they come and its ‘The Ribs of a Broken Umbrella’ we are treated to before proceedings are brought to a final close with a singalong version of ‘The End is Nigh’ from 2013s album ‘Chop, Chop‘.

The night is ended on a positive and upbeat note and it’s not hard to see why Bell X1 have been taken the hearts of many people in their own country. Going to see them only knowing a handful of songs, I have come away wanting to check out the back catalogue and if you get a chance I’d suggest you go see them live. Musically, they are a very tight four piece and have honed their craft with regular touring. They may not have hit the big time but as frontman Paul Noonan says they are ‘grateful to be able to do this for a living’ and judging by the reception the audience gave the fans are very grateful that they can come watch them do their job.

Scroll through the full gallery below by Chris McGuigan: 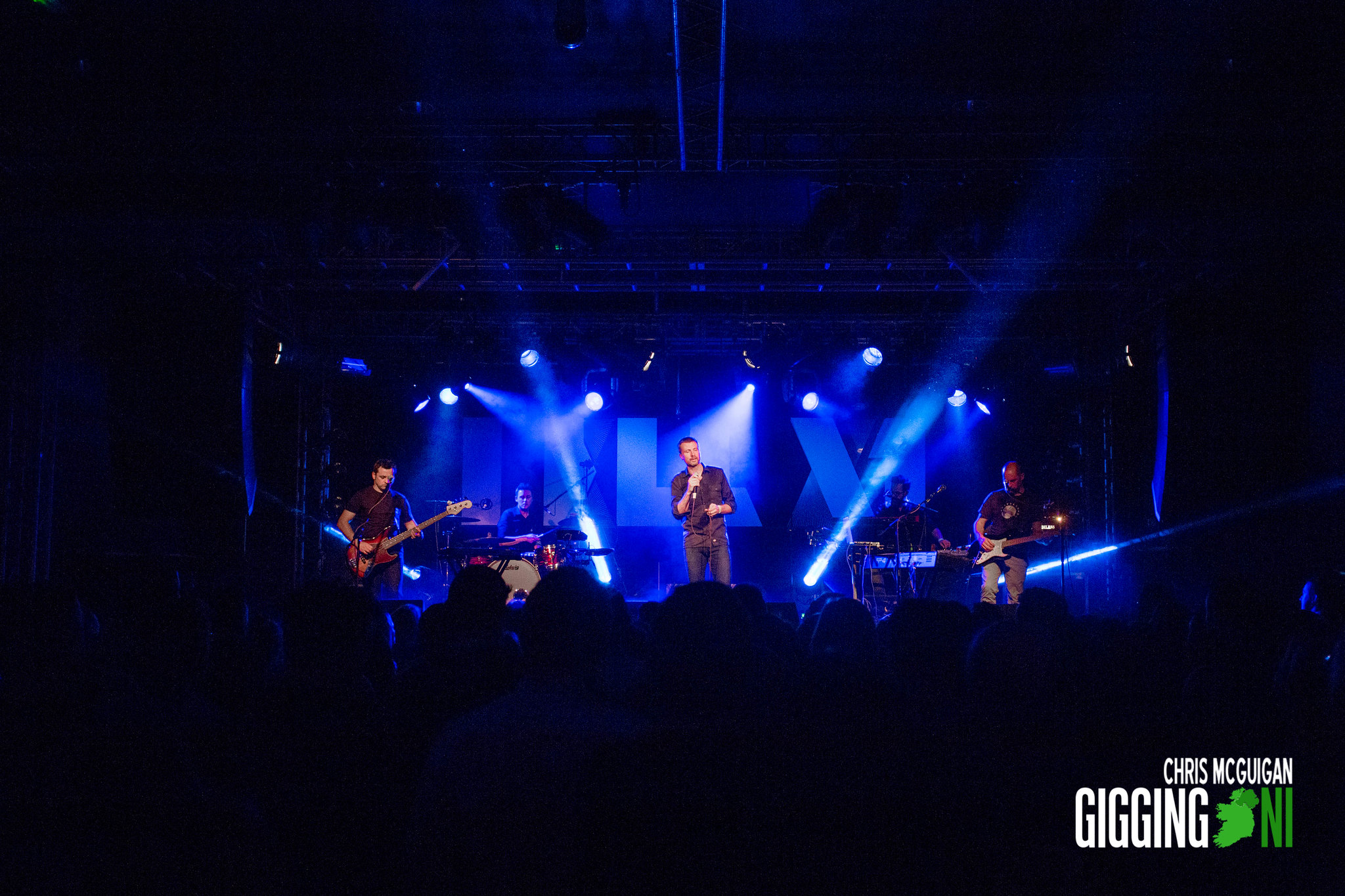