Let’s be honest with ourselves. Did we really expect Biffy Clyro to give us anything other than sheer perfection? The Scottish trio owned the whole night and gave the Belfast crowd everything they wanted and more.

The night opened with the Long Island band, Brand New. There was a huge anticipation for the band, showing they already have quite a following in Northern Ireland. Their first song, Sowing Season, captivated the audience. The mix of husky vocals, dual drumming, crazy riffs and a heavy bass was the perfect start to the gig. They played other tracks such as Gasoline and Degausser; the song that really stole it for me was Millstone. The dual drumming mixed with the heavy vocals was captivating. Brand New started the night off perfectly and really got the crowd ready for the main headliners.

As Brand New left the stage there was an eagerness felt by everyone in the SSE. The stage was looking more impressive by the minute as we all wondered what Biffy was going to bring. Then suddenly the lights dimmed and the band boomed onto the stage with the fantastic Wolves of Winter. In their signature shirtless attire (with the exception of Simon Neil). The energy from the first song was rife throughout the entire gig. Simon Neil eventually lost the shirt as the sweat starting pouring off all the band members.

The guys played their much loved classics such as Bubbles, That Golden Rule and Chandelier. The energy throughout was remarkable; they were constantly moving around the stage and jumping about that it was incredibly impressive they were able to play their instruments so flawlessly.

Throughout the show there was a nice and friendly rapport with the crowd. They were not only funny but incredibly down to earth. You got the vibe that they genuinely wanted to be there and they were having fun playing in Belfast.

A pinnacle point of the gig, for me personally, was when James Johnston and Ben Johnston took a break from the stage and left Simon Neil to perform Medicine acoustically. This was a nice way to break up the set and give the audience a chance to just sit back and chill. Simon was flawless and showed the crowd that he can go crazy on stage and yet bring it back instantly with a more relaxing tone.

The band ended their show with the wonderful Machines, before they were met with a booming ‘Mon the Biff’ as the crowd was anxious for more. The guys boomed back on stage with The Captain, People and Stingin’ Belle. The show was flawless from start to finish; between the faultless music and immense craic, Biffy Clyro showed Belfast why they are one of the UK’s most loved bands. Biffy is a dynamic and brilliant band that gave us exactly what we wanted. Did we expect anything less from the Scottish lads? Chantelle Frampton 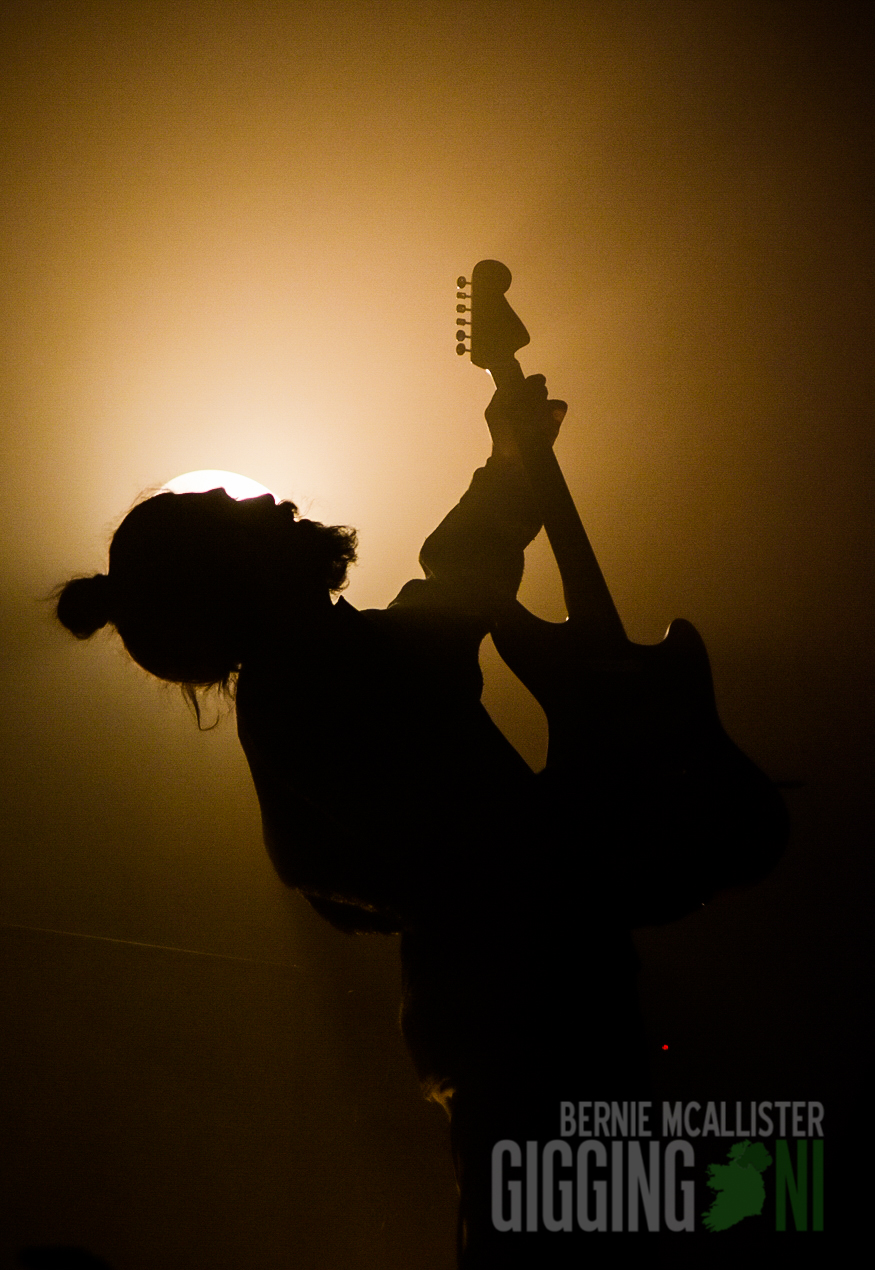