2016 has seen punk and many of the genres leading bands hit the big 4-0. Bands like The Damned and The Undertones have already celebrated with us. Tonight, it’s the turn of the Buzzcocks, who even after forty years exude a real sense of excitement and love for being on stage.

Dublin based band, Blood or Whisky start the night off filling the venue with their unique blend of celtic ska punk. While they may be plagued with sound issues early on, the band recover well and put on a great show. As they begin “Dirty Aul War” they do their best to get the crowd moving however despite enthusiastic head nods, the call for a floor full of circle chains go unanswered. That is not to say the crowd do not enjoy the set; the stirring “Rudy” is enthusiastically received by way of claps and cheers rather than rowdy dancing. Tonight’s crowd are more responsive to the call and answer style vocals of “Poxy Pub” following much encouragement. Despite not getting the venue jumping, Blood or Whisky have no doubt gained some fans tonight. 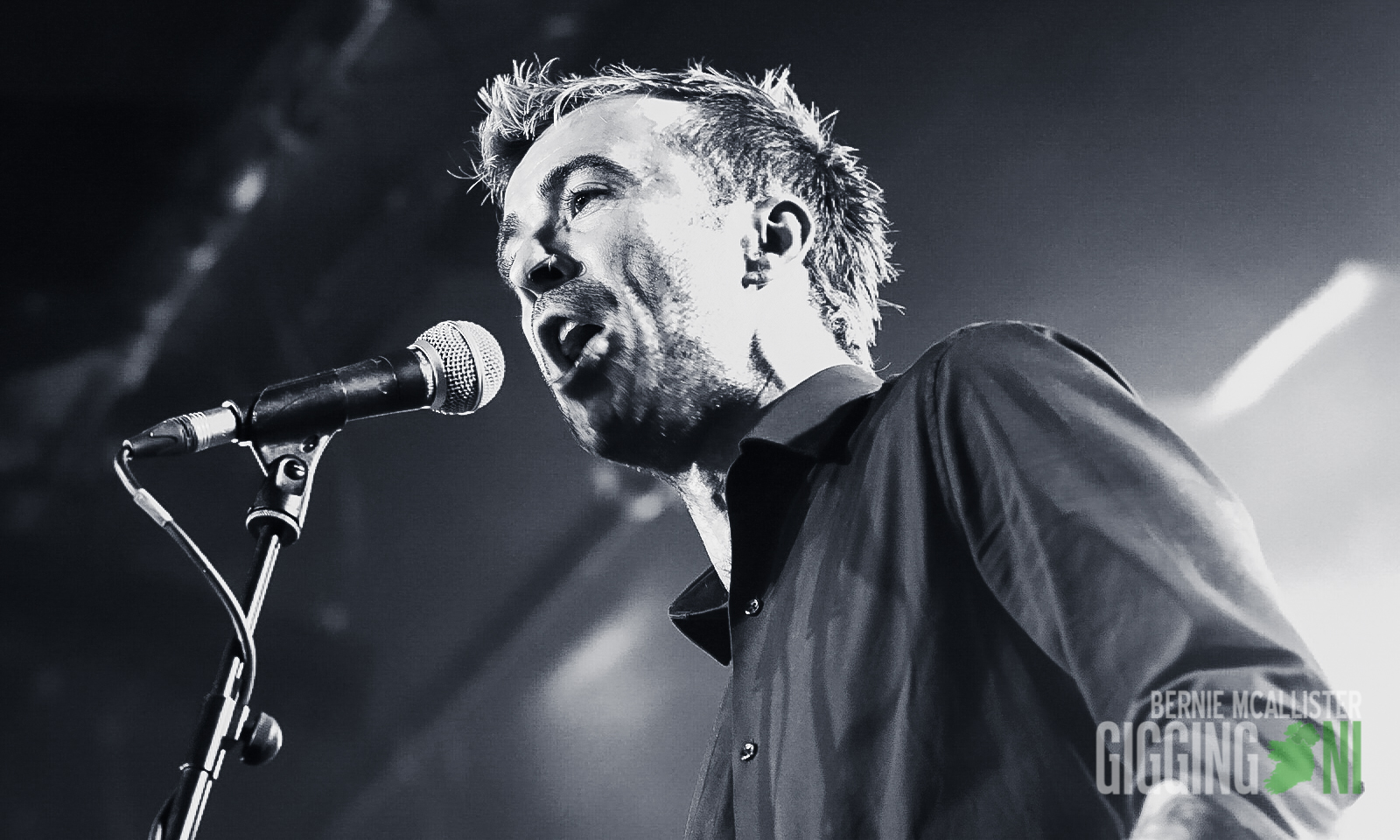 Buzzcocks kick their set off by going right back to where it all began with “Boredom” from their debut EP Spiral Scratch. The 1977 release was amongst the first English punk records to be put out. From here the band seamlessly launch into “Fast Cars” from Another Music in a Different Kitchen, their first full length album. After forty years of playing these songs, they unsurprisingly have them down to a fine art. While the sound may not be great, Buzzcocks themselves cannot be faulted and when Pete Shelley’s vocals are audible, it is apparent that his unique and instantly recognisable voice has not aged.

The crowd are somewhat lacklustre, of course with a few exceptions. Nonetheless, Steve Diggle gives it his all with moves reminiscent of Pete Townsend. During “Moving Away From the Pulsebeat” he shows his prowess with string slides and extended solos and whilst the crowd at times seem to lose interest, this does not dampen his enthusiasm as he bounces along. Energy levels on stage are significantly higher than in the rest of the room. It does at times feel like the band are indulgently enjoying themselves more than the audience however given this is their fortieth anniversary tour, they have more than earned the right to have fun with it even if few others are willing to join in.

Danny Farrant on drums and Chris Remington on bass prove to be crucial in holding the show together allowing for Diggle to engage in his stage antics whilst still maintaining a tight performance overall. As they draw to the end of “Times Up”, Diggle stops moving for the first time tonight, taking a seat on the drum riser and beaming out across the crowd who have maintained their appreciative yet restrained demeanour from the beginning of the night.

The encore however sees a shift in energy in the room with the audience finally mirroring what is being projected from the stage. The band have saved the best to last going from one hit single to the next. “What Do I Get?” receives the most enthusiastic cheers so far.

That is until it is quickly proceeded by “Ever Fallen In Love”. Buzzcocks close with “Harmony in My Head”, the lyrics to which Diggle now dons on a t-shirt. As he holds the microphone stand out over the audience, it seems like at last everyone is on the same page.

Before they leave the stage every member of Buzzcocks are sure to shake as many hands as they possibly can. Remington personally offers out set lists while Farrant takes photographs and videos with fans. Buzzcocks may have forty years’ worth of shows and hits under their belts but what is clear tonight is that they still love to play live and still appreciate their fans after all these years. 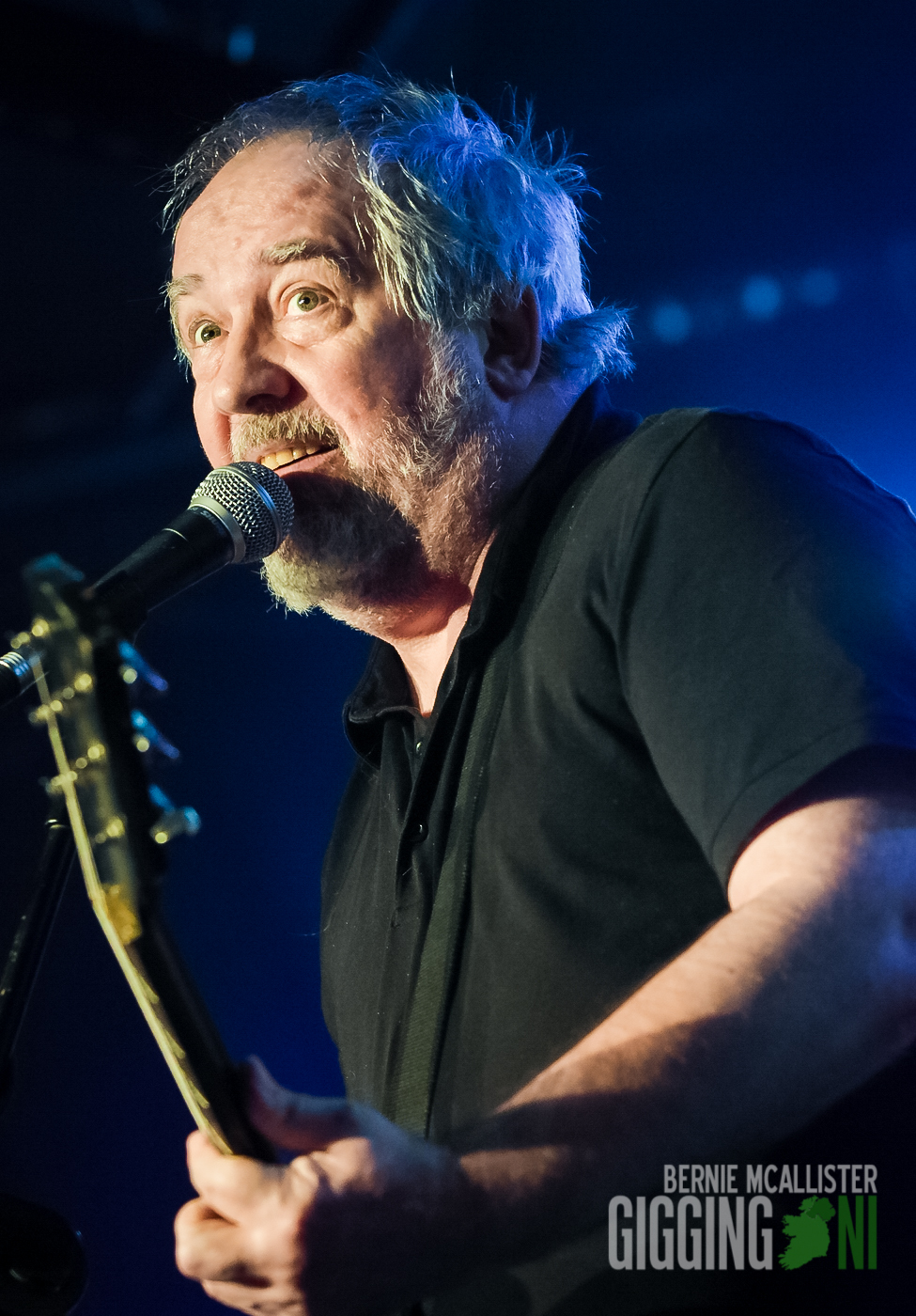