Opening up for Electrix Six’s yearly pilgrimage to Belfast are ‘We are Z’, a group of French multi instrumentalists who sing songs about their experiences of travelling around the globe and the strange situations they find themselves in.

Goldigaz is a slightly Russian influenced party track which makes it easy to see why they are bedfellows on this tour with Electric Six. Easy is as it says, easy, to listen to in this case, and I can see why they have been compared a bit to Vampire Weekend but there is so much more to them as a band. They are the perfect openers to this gig. A bit kooky, yet talented and that sets the stage perfectly for the main event.

Now we all have heard Electric Six’s well known songs, but I must confess I never ventured further than that in listening to them. So when they burst on stage with the eponymous Electric Six with its funk laden sound I am, pleasantly surprised. Of course, Dick Valentine is looking slick, (like his hair) in a suit and red shirt and when he starts the falsetto on Down at McDonnellzzz – the crowd is buzzed up to dance and sing along. On this track they are like a caricature of a really early Faith No More (I’ll get chided for this, I know) but it’s funky and slightly metal. It’s not what I expected but its the perfect music for a Friday night.

Be My Skin Caboose, a new song, is very metal in its sound and would fit well in the set of an 80’s hair metal band. It’s catchy with a great guitar sound. Roulette and The New Shampoo are up next and, when followed by the opening bars of Gay Bar, we all go wild. The party atmosphere reaches its peak and we all sing at the top of our lungs with Valentine presiding like a club singer and dancing like an embarrassing Dad.

Valentine tells us its great to be ‘home’ and says he has bought a house in Dungannon; it’s hard to know if this is a joke or not but, on behalf of Tyrone, I welcome him if it is indeed true; and he jokingly refers to NI as his ‘wee country’ and points out that if we buy their albums now, we are supporting local music. We have a lot of supporting to do. Who knew?!

The band are a tight six piece and it’s very difficult to try and pigeonhole them into a genre. Part lounge band, part funk, part metal, part disco. As my friend remarked, ‘they should be called Eclectic Six’  (Thanks Baz). They are a multi-faceted group and I have new found respect for their consistent touring and making records. On Future Is In The Future, Valentine sings about being ‘a man, not a disco ball’ and, although the lyrics are humourous, they are never cheesy.

From the stage, Valentine comments on what he sees as a stick floating around the dense crowd which is in fact a member of staff in the Limelight with the ever present mop trying to mop up booze spilled by frantic dancers. Safety first.

Who the Hell (Just Call My Phone) is up next and this reminds me of Primus, with the funky bass line and irreverent lyrics. High Voltage brings the crowd to fever pitch with the whole of the Limelight 1 dancing and singing along, throwing off the shackles of the working week and the atmosphere is electric (wocca wocca).

Valentine comments that we are ‘at the end of another wildly successful evening in the Limelight’ and he couldn’t have done it without us, before launching into Fabulous People. It’s a compliment well received.

Ending the set on I Buy The Drugs, heavily piano driven and still as funky as ever, I am struck by the number of great songs that they have and yet they are largely only known for two or three. It must be frustrating.

Leaving the stage to shouts and applause, they are no sooner gone than the chants of ‘One more tune’ start from the crowd and we aren’t giving up until we get more. And back on stage, the six return and lash into Naked Pictures of Your Mother followed by the fantastic Dance Commander and its true, they do want to make us dance forever!

But sadly, like all good things, the gig must come to an end and the six leave us on a high, ready to dance out into the night and into the weekend. It’s clear to see why, even though they play here every year, they draw big crowds every time as they are a party feel good band, and who doesn’t need more of that in their lives?! 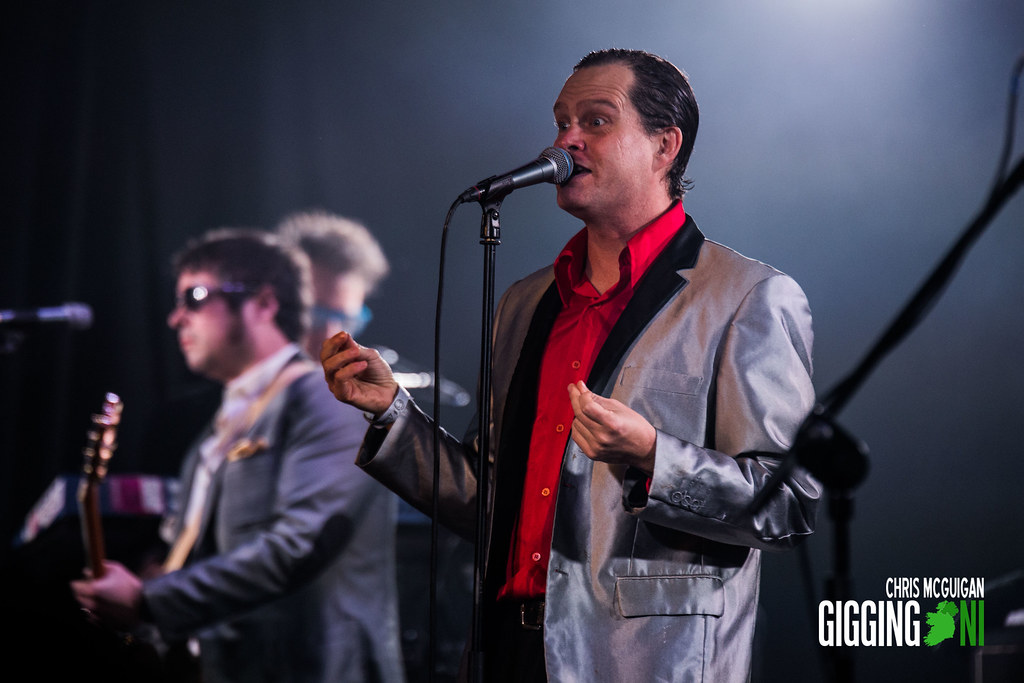