It’s always a risky move holding a gig on a Sunday. With work in the morning, hangovers from Saturday and just the general lazy Sunday feeling to compete with, it’s a difficult thing to pull off. However, somehow KT Tunstall seems to be the exception to this Sunday curse. As she lit up the Mandela Hall stage and made the night feel more like the weekend was only about to begin.

BRAIDS kicked the night off, a three piece all the way from the great white north of Montreal, Canada. Having never heard the band before I was unsure what was to come, and to be honest, after having seen them, I’m still not quite sure what it was. All I know was I really enjoyed it. They seemed to have their own style of music. If I was to attempt to label it I would call it artistic experimental, indie, pop-rock with some psychedelic vibes thrown in for good measure.

The lyrics and performance were powerful, more like a statement than a straight forward gig. One aspect I need to highlight was lead singer Raphaelle Standell-Preston’s voice. Throughout the entire set she provided a hauntingly beautiful vocal range, having previously been described as slipping “from exquisite sweetness to Björk-like yelps”, she had members of the audience turning to each other, eyebrows raised, mouthing wow to their friends or family.

As the night rolled on it came time for KT Tunstall to take to the stage. Sporting a quite suspect moustache, she appeared as the risen again Freddy Mercury alongside her backing band, also dressed as the Halloween period sees appropriate. Putting the music to one side for a moment, it could have been one of the most fun concerts I have ever been too, and I’m sure anyone who was there would agree with me.

Tunstall, who had previously fallen out of love with music after a difficult spell in her career, came bursting on stage with an infectious enthusiasm, making the night at times feel like a comedy gig with her funny stories and great crowd interaction. From weird sporadic Halloween sounds to her own remix of the Game of Thrones theme tune, allowing a couple up on stage to take a selfie with her and her own ‘Freddie Mercury vs the crowd moment’, she made us all forget about the Sunday blues and instead embrace the possibility that Sundays can be good craic after all.

Now back to the serious stuff, because when it came to KT Tunstall playing the songs we all know and love from her wealth of material, it was no laughing matter. She played all the big hits along with some new tracks that sounded like new hits waiting to happen. With songs like ‘Suddenly I See’, ‘Weirdo’, ‘Other Side of the World’ and ‘Black Horse and the Cherry Tree’, we in the crowd were treated to an abundance of great music. Tunes that hit on the nostalgia nerve, pulled on heart strings and shook your body into moving. KT rocked the crowd with her trademark raspy style voice that’s right at home amongst loud rock n roll songs yet equally fitting of the more gentle acoustic tracks.

A great night of music. A surprising hidden gem of a gig top have been at, and not because it was surprisingly good (that was never in question), surprising due to the small scale size of the venue that KT had picked to play at. From a glance at her previous shows this tour, venues that could hold 4 or 5 times as much people were filled, but the fact it became such an intimate style gig made it more special for everyone lucky enough to have gotten a ticket. 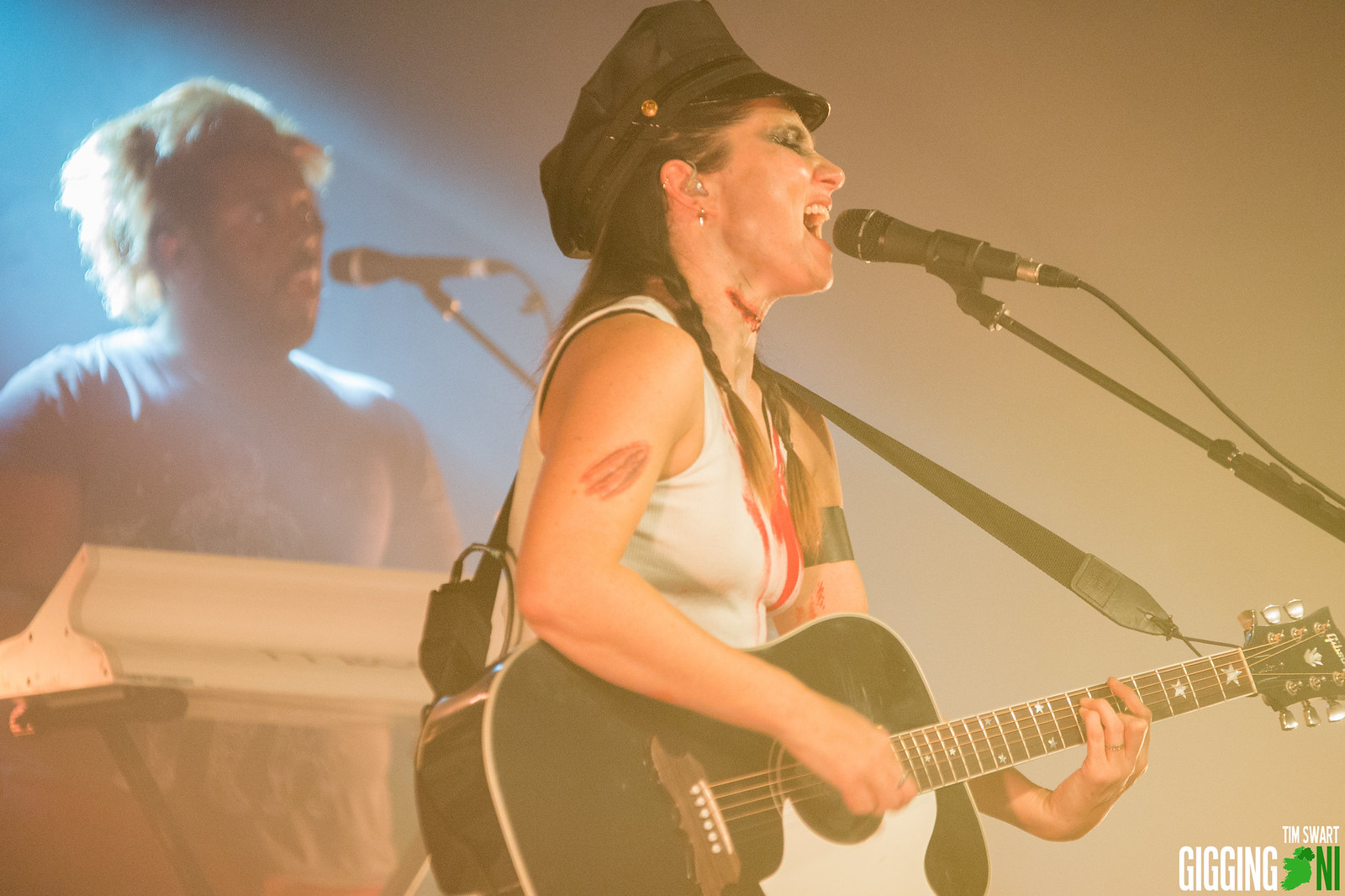