“If it’s shit we can just eat donuts. We bought donuts.”

I’m sitting on a sunny autumn Sunday morning listening to Cerys Matthews on Radio 6 Music playing Communion Girls. The dogs have been walked, breakfast has been made and it’s time to write my review of last night’s album launch from Malojian at The MAC. Music pundits have been singing the praises of the new Malojian album, This Is Nowhere and with good reason. Stevie Scullion and the band have been ticking a lot of the right boxes and winning over a lot of critics. With two highly regarded albums already under their belt (The Deer’s Cry in 2013 and Southlands in 2015) there was a lot of anticipation in Irish music circles for the third installment.

It was an evening of two halves. First up was Colm Lavery’s film “Document” which chronicles the band’s four-day trip to Chicago to record This Is Nowhere. To be honest, Document deserves a review to itself. Clocking in at a neat 60 minutes, Lavery dispenses with talking heads and extended dialogue and gives us short, sharp clips of the band and producer/engineer Steve Albini in and out of the studio. Albini has worked with artists such as Nirvana, The Pixies, PJ Harvey and the Manic Street Preachers and it’s very clear that he knows what he’s doing. He also appears to only wear blue overalls in the studio giving him the look of a mechanic, albeit a really up-market mechanic. As the film follows the recording process, you see the complexity of the task and the increasing tiredness of the band as they work to a very tight deadline. These are three guys, all talented musicians, who are obviously loving what they are doing and their infectious energy and genuine likeability just shines through. If I had one criticism of the film, it would be that I was a little tired of seeing Michael Mormecha’s pale white backside. A minor matter, but be warned.

After a short interval and one false start due to technical problems, Malojian take the stage, with amiable front man Stevie Scullion on guitar and harmonica, Mike Mormecha on drums, Joe McGurgan on bass and James Little on guitar/keyboards.

Easing us into the show with “The Deer’s Cry,” the band then launch into “It’ll Be Alright” from the new album. For me this is one of the stand-out tracks and as well-crafted a pop song as you’ll find anywhere. You can’t help but smile as you listen to this song, but when you take the time and listen to the lyrics it’s a lot more melancholy than it first appears. Trademark Malojian.

“This is Borneo” gets the audience clapping along with its chopping guitar and big, sweeping chorus. Stevie stops to dedicate the whole gig to the recently deceased Bap Kennedy before playing “Watch The Rain;” the vocal harmonies between Stevie, Michael and Joe were flawless. A few more oldies get thrown into the mix including “Communion Girls” and “It Ain’t Easy” before Stevie heads to the piano for a stripped back version of “The Great Decline,” the final track on This Is Nowhere. This song is heart-breaking in its simplicity and in its content, as Stevie sings of loss, bereavement and grief. If you’ve ever lost someone then this song will hit you where it hurts.

There’s room for some other great songs from the new album, with “Whittle Me Down” and “Lean on Me” demonstrating how tight and together Malojian are in terms of their playing and their vocals. Somewhere in there, “Julie-Anne” gets dedicated to the long-suffering Mrs Malojian and Mini-Malojian.

I’ve heard people making comparisons with The Beatles in terms of Malojian’s sound on This Is Nowhere and I think the guys were having a bit of a laugh by finishing on a thumping version of “Paperback Writer,” complete with drum solo and raging electric guitar. A rousing encore of “Bathtub Blues” gets the audience stomping, singing and shouting and that’s it.

For my money, This Is Nowhere is my favourite album of 2016. There’s a trade-off hearing it live; you lose the crisp, lush mutli-layered studio arrangements and strings but you gain the edge and energy of a really tight four-piece band. In a word -Style! 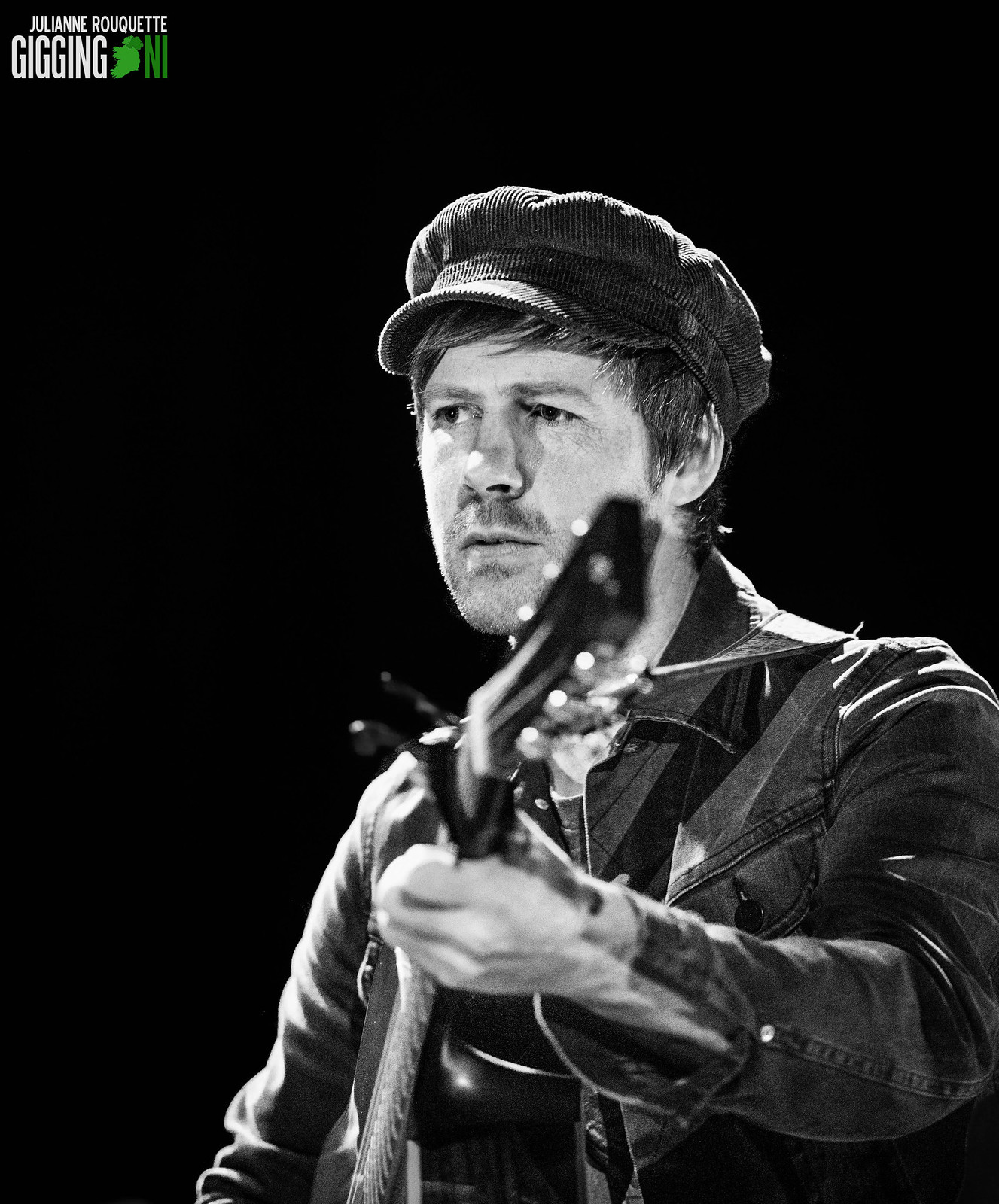 Tags:
Album Launch, belfast, Malojian, The Mac, this is nowhere