It’s a bitterly cold and dark, Belfast Friday and we find ourselves sitting in the Crescent Arts Centre as part of a small but very receptive crowd which had somehow managed to nearly drink the bar dry by the end of the evening. The Crescent have been putting on some interesting shows lately and are quietly building on their reputation as an interesting and intimate music venue.

First up this evening was Donal Scullion, playing acoustic and solo. Donal’s diverse musical involvement was on display in what was a relatively short set, with modern r&b sounds giving way to jazz and then moving into country blues eventually finishing up with the tongue-in-check and up-beat celebration of benefits, cider and job centres that is “Love on the Dole.” There were some nice numbers in here, with “Hungover and Heartbroken” and “Miss You in Paradise” standing out.

I wasn’t sure what to expect from Marc O’Reilly but the four-piece band hit the stage running, pumping out a tight and thumping sound that brought back memories of some of the better rock bands of the late 60’s and early 70’s (I’ve been expressly forbidden to mention Led Zeppelin here). It’s a thin line to tread between being influenced by other artists and still being able to sound distinctive and original; Marc O’Reilly pulls this trick off.

There is also a very obvious comparison with the late, great John Martyn in terms of the sound and O’Reilly’s voice comes across as part Martyn, part Ray LaMontagne, part Jose Gonzalez. Like Donal Scullion, O’Reilly has his fingers in a lot of musical pies and we were treated to a range of styles and approaches.

Songs from O’Reilly’s new album “Morality Mortality” show an incredible diversity; the show starts with the big, brash sound of “Blinded By” followed by the rhythmic rock of “Compromise.” “Of Nothing” plays with indie rock and the wonderful “Healer” dips into southern blues.

O’Reilly swaps the electric guitar for an acoustic and plays a couple of songs from his previous album “My Friend Marx.” “Get Back” and “Tell Old Joe” have a real blues feel to them with O’Reilly playing lead and fills while the band provide a driving accompaniment.

The syncopated and frantic “Steal Love” gives a hint of O’Reilly’s past forays into electronica and “Three and One” deals with his experience of serious illness, telling the story from his perspective and that of his family. O’Reilly comments that he has a propensity for writing miserable songs and is happy to admit that he has stuck with that.

O’Reilly asks the audience if it’s ok for the band to “get a bit heavy” – the audience roar their approval and that’s exactly what happens as the band crank up the guitars and add some funk to the mix.

Winding down (and after a brief technical malfunction), “La Question” offers up some European jazz swing, and the show ends on the wonderful “Wayward Shepherd,” with O’Reilly’s echoing vocals meshing with electric blues licks and big, dirty rock riffs driving the chorus.

I haven’t been as surprised by an encore as I was last night; O’Reilly returned to the stage alone with his acoustic and gave us a master class in understated tapping, percussive guitar.

A great show from a talented musician with a really tight band. I’d really like to see these guys on a bigger stage with a bigger crowd and I think that they could carry it off with ease. 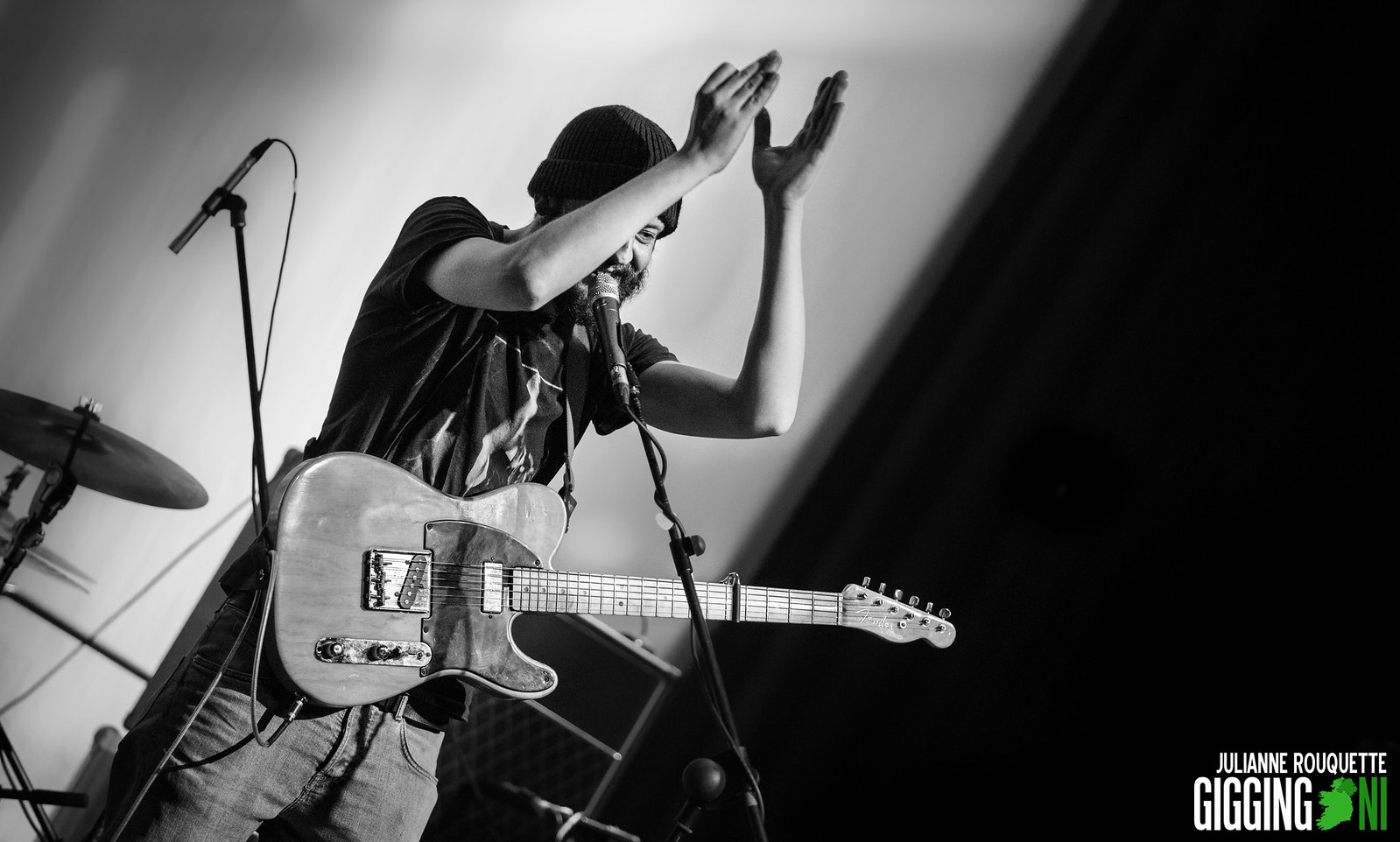