Last night Ward Thomas brought the Nashville effect to Belfast. It was a night filled with old school Taylor Swift esque melodies and foot tapping ballads. The girls have proven they are much more than a gimmick with their new album Cartwheels and last night they showed us exactly why they’ve topped the charts.

The night started with Donegal singer Eve Belle. Her soulful vocals and raw emotion was the perfect start to the set of the night. Her recent cover of Coldplay’s Violet Hill received critical acclaim from the band itself. Her set was chilled yet got the crowd excited for the main headliners.

After a very short wait out came the duo Lizzy and Catherine to a huge applause. They opened their set with the ballad “Good on You”. This was a nice way to ease the crowd into their set as their beautiful vocals and harmonies was all that was needed.

The night was filled with their current big hits such as “Cartwheels”, “Carry You Home” and “Guilty Flowers” as well as gems from their debut album such as “Push For The Stride“. Their harmonising is to die for and occasionally Lizzy would take over as lead vocals. The stage was very understated and the band was very unobtrusive.

It was so refreshing that the twins strong and beautiful vocals was the main focal point of the entire set. Whilst they have adopted that ‘Nashville’ esque style that has been made popular by the programme of the same name, they have very much given their music their own personal stamp.

The band played an array of songs, old and new.  Throughout the entire gig the crowd was singing along and enjoying the energy the girls brought to the small venue.  Not only was every song sung perfectly by the duo, the girls were ridiculously cute. You could see a mile away the bond they share with one another which made the gig seem all the more intimate, as though you were a part of something.

All in all they did not disappoint; let’s hope they don’t start to channel a more pop music vibe and they stay true to the ‘Nashville’ theme. 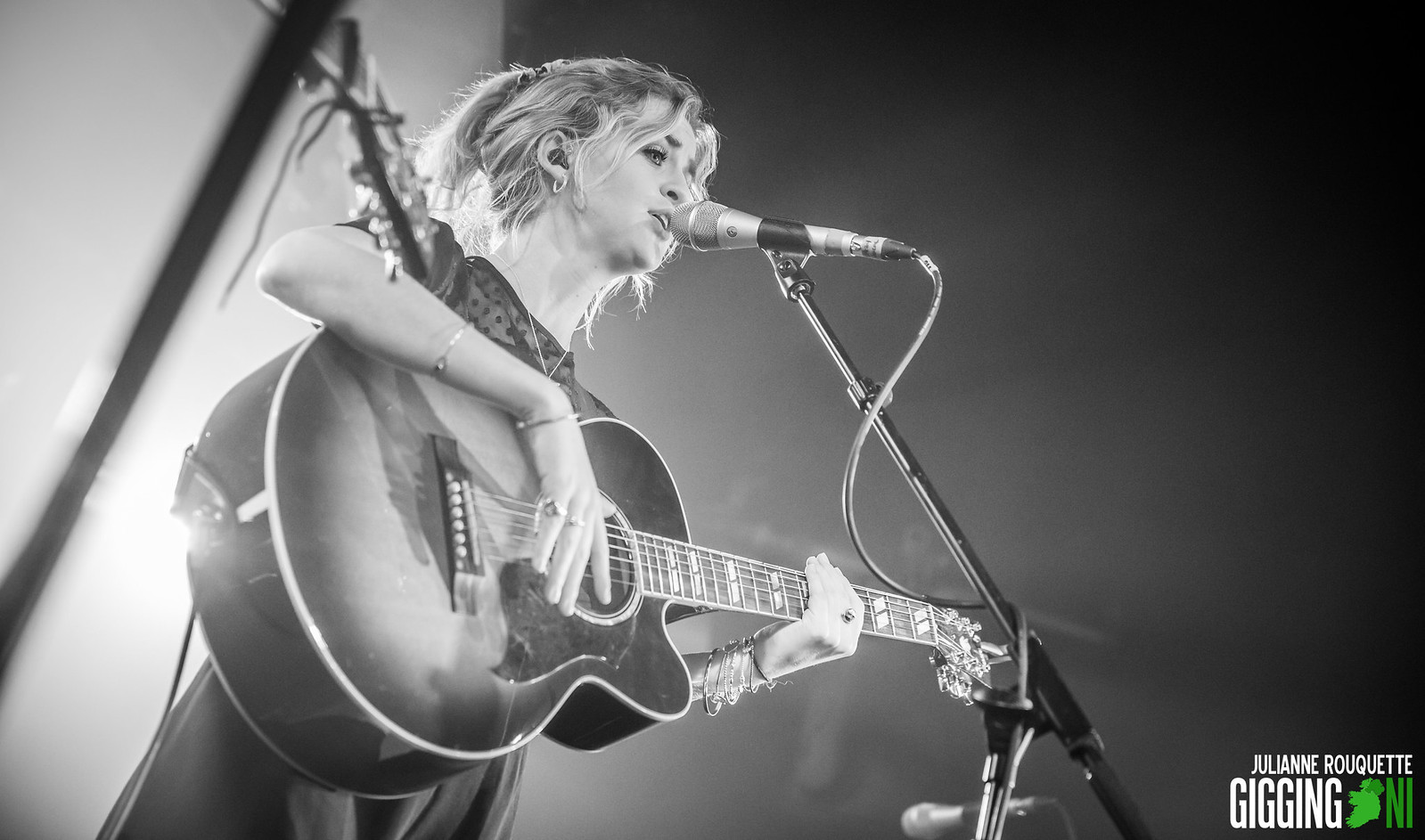