Moulded and inspired by our current state of affairs, Kate Tempest wants to give full disclosure on what is going down tonight, which is not a surprise given this post-truth society we currently live in.

The balance between expectation and reality are at an all time low but Tempest is keen to establish what’s in store for the next fifty minutes. It’s a fair disclaimer to make, some might be offended by the lack of banter between songs but tonight’s performance is an uninterrupted play through of new album ‘Let Them Eat Chaos’. Tempest’s latest effort is a tale that depicts the situation of seven people living on the same street in London, each one awake dwelling on their troubles at 4.18am. The album may be separated by numbers and track titles but it’s very much a complete piece that needs no interruptions.

As a musician, poet and playwright, Tempest could grace any stage in Belfast tonight. Her genre-defying act seems just as appropriate in the Lyric Theatre as it does in the Empire and that’s what is slightly conflicting about calling this a gig. Tonight isn’t a concert of sorts, it could be regarded as performance art, it could even be a lecture. Let Them Eat Chaos is a calculated and thought-provoking piece that was not made purely for commercial enjoyment. It’s a cautionary tale, a political commentary and it aims to change the very thought process of its listener. The idea of the full album performance here is not to flog a dead horse or grab the last few pounds out of an ill-timed reunion, it’s a message that can only be understood in its entirety, from start to finish.

As she implores the crowd to keep phones in pockets, Tempest kicks things off with ‘Picture a Vacum’, a poetic introduction to the world we’re about to encounter. It’s preparation for the experiences ahead, plucked from the comfort of ‘observer’ into the role of ‘witness’, we start our journey, door to door, discovering the issues and concerns that our protagonists face from day to day.

Tempest controls the room from the outset, the crowd hanging on her every word. She acts as narrator for the play you can’t see, she tells the story that you can’t put down. Not only does she create engaging characters, her empathy for said individuals comes through in every portrayal she provides. She uses these portrayals as a vehicle to highlight the genuine issues facing people today. Tempest tackles gentrification and the chipping away of communities on Perfect Coffee, displacement and depression on Pictures On A Screen as well as heartbreak on Grubby and addiction on Ketamine for Breakfast. The mood is intensified by the trio of musicians behind her, one of which is album producer Dan Carey. The combination of synths, keyboards and drum samples create St Vincent like electro beats on Whoops yet offer a Faithless like vibe on Lionmouth Door Knocker.

Despite this being a play for play of the album, there is another presence in Tempest’s live show. The mix may be too loud but it heightens the passion in her voice. The raw emotion once recorded for mass consumption sounds much more real in person and lines are delivered with the vitriol they deserve. Tempest is genuinely magnetic on stage and that makes it all the more frustrating that familiar faces near the front keep feeling the need to shuffle through the packed crowd every few songs to service whatever calling the back of the venue brings them.

As the final bars of Tunnel Vision play out, the Empire erupts into a deafening roar and it’s clear to see the emotion of Tempest’s face. The quartet joins at the front of the stage to take their bows and Tempest clarifies “We’re done guys, thanks.” It only makes sense that the show finishes on its rightful ending, everyone got the message and wisely, no one is calling for “one more tune”. 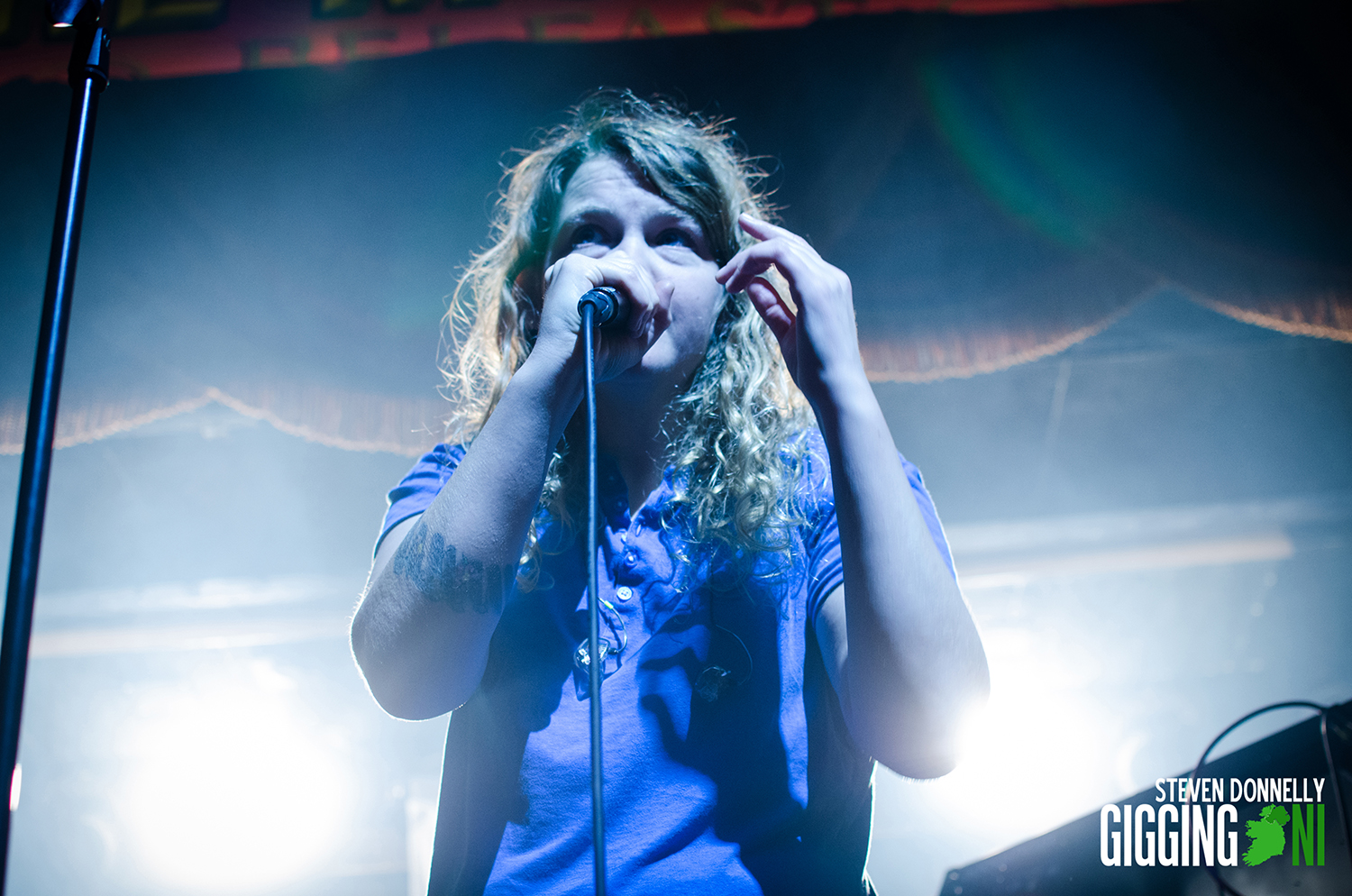 Eric Martin looks back on his career, Mr. Big and his upcoming tour