“Not another person could have squeezed into Limelight 2 – and you’d fancy that if Editors weren’t playing next door, in the larger Limelight 1, Power and co could have easily sold enough tickets to justify bumping the gig into the bigger room.” That was me in October 2015.

And so the prophecy is fulfilled, merely 14 months down the line. Cast were back in Belfast on Saturday night, and had been promoted from Limelight 2 to it’s bigger brother, Limelight 1.

Support for the evening came, as it did in that gig last year, from local four-piece Echo Raptors. A decent crowd had assembled to catch the early action, and weren’t disappointed by the band’s infectious indie-pop songs. While some bands will choose a support act quite different from their own sound, this certainly wasn’t one of those times, as Echo Raptors could legitimately fit in with the many bands that thrived in when Britpop was conquering the world. Their finale, which saw their song transformed into a real rock track, set up the mood perfectly for the incoming Liverpudlian hitmakers.

Cast, like many bands who thrived in the 90s, still have a loyal and dedicated fanbase. One couple I talked to before the gig got underway were over from Yorkshire to see the band, who they’d already seen as recently as last week. However, that being said, and whether it was because we are getting so close to Christmas/it being the time for Christmas parties/money’s too tight to mention, there were plenty of gaps in the Limelight, and the room certainly wasn’t at capacity. However, the venue themselves have said that they sold plenty more tickets than Limelight 2 holds – so the decision to make the move was justified.

It’s fair to say that the fans that were there were drawn in right from the start as “Promised Land” from the band’s seminal 1995 debut All Change rang out, followed by “Tell It Like It Is” – and from then on, via “Sandstorm“, the band could really do no wrong*.

*Well, actually… More on that later

It’s always risky, reforming bands. While it works for some, and they find themselves reinvigorated and happy to be back, inspired into writing new music, there are certainly some that are seemingly happy to pocket a few quid, churn out the old stuff and go home with fat wallets.

Cast are absolutely a band in the first category. Seemingly enjoying every minute of their journey, they’re engaging on social media, terrific at what they do best on stage, and from tonight’s evidence, still capable of making music that deserves to be heard.

While “Fine Time” had about 60% of the crowd whipping their phones out and filming what has been a fan favourite for many, many years, singer John Power then introduced “Birdcage” and “Roar” from Kicking Up The Dust, the band’s new album that’ll be hitting shelves in February. “Roar” has all the hallmarks of a future singalong classic, while the album’s title track is filled with lyrics about Power’s sadness about the state of the world.

The thing is, Cast make music that helps you forget all about the shitty world outside. Seeing them on stage, doing what they do best, takes the edge off the fact that Bowie’s gone, or that Trump’s here, or that Farage is a thing, or that something called Honey G nearly won an actual ‘talent contest’. Instead, the music takes you to a place where everything just seems much, much better, surrounded by like-minded people who are just there to remember the good times.

“I’m So Lonely” from 1997’s Mother Nature Calls sparks a full-on karaoke session, and is the perfect way to get the crowd back into the swing of things after introducing the new songs. And from thereon in, the show became an absolute hit-fest, classic after classic, each met with a bigger reception than before. “Live The Dream”, “Walkaway”, “Flying”, “Guiding Star” and “Free Me” sending the crowd into hysterics.

That run of songs. That was nostalgia right there. That was more than just a few guys on stage playing old tunes. That was an experience. It was utterly joyous. The show was first class, it sounded incredible and the crowd were as much of a part of it as anything.

Which made it a shame when, after a big finale, each member of the band going off one by one, leaving everyone waiting eagerly for the encore, which has probably included the song “Alright” for the best part of 20 years, never came. Instead, the house lights came up, the doors were opened and everyone was asked to leave. It was both heart-breaking and utterly confusing. And it really was a shame. However, it really shouldn’t take anything away from what was a tremendous night up until that point.

Many people might not go to see the same band twice in such a short space of time. Especially considering that they had the same support act. But Cast really are a band at the top of their game – and hopefully they’ll be back again soon when their new album is released.

Encore (or lack of) aside, what a performance, what a band, what a night. 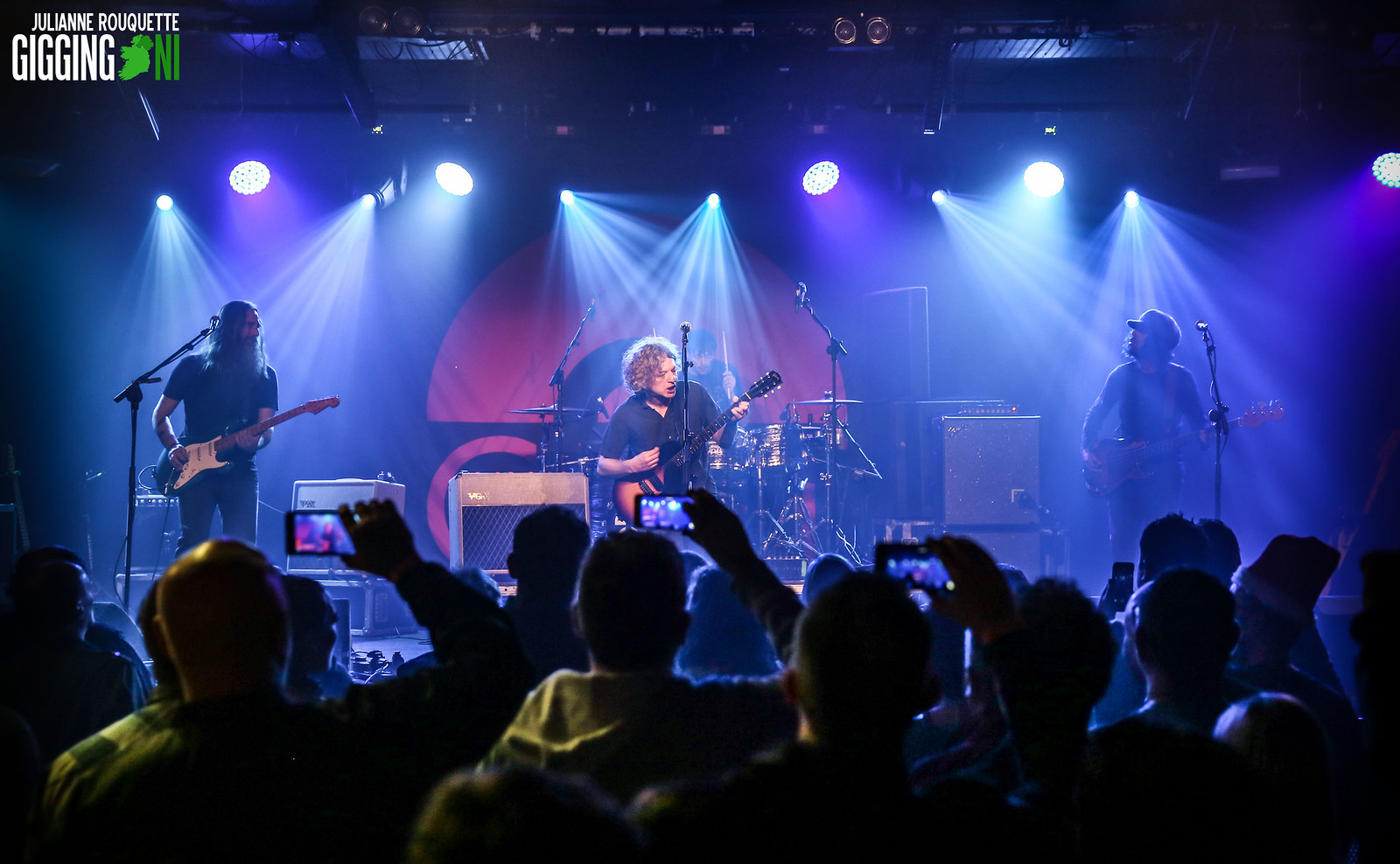