It takes a certain kind of confidence for a band to choose to have an Oasis song playing before they come on stage. Admittedly, it’ll get the crowd singing, but you’re essentially pitting yourself against one of the biggest acts to ever come out of the UK.

Thankfully, Courteeners (note the lack of The these days) have confidence in abundance, and no shortage of talent either.

First up, however, were Derry three-piece Touts. The two guitarists and drummer were energetic, frenetic and throughly entertaining, and the crowd that made it into Limelight 1 early on were treated to a set packed with short, frantic songs, only a few of which probably lasted longer than 90 seconds. While the sound at times left something to be desired – it wasn’t easy to make out the vocals – the punk trio did plenty to suggest they’re a group to watch going forward.

And so onto the main event. If the crowd was sparse for the support act, the venue was full to brimming as the house lights went down and Oasis’s “Morning Glory” filled the room. An already rowdy crowd were drawn into a mass singalong as they waited for Liam Fray’s indie-rockers to take to the stage.

Out on the road with fifth studio album Mapping The Rendezvous – the fans in attendance went crazy when the band hit the stage. Courteeners are a band that have a reputation for having a strong, dedicated fanbase, and that became instantly apparently as everyone in the venue sang along to opener “Are You In Love With A Notion?” from 2013’s ANNA, a trend which continued through the evening.

Live favourite “Cavorting” from the band’s debut album St Jude also sparked a mass karaoke session, and threw the crowd into absolute chaos. While fans have quickly grown to love the new album, the hits played from the 2008 album almost always ended in beers flying around the room (thankfully in plastic glasses – a bottle thrown at the lead singer resulted in the band cancelling a recent gig after only three songs) and limbs everywhere. Mosh pits, crowd surfing and lager showers were now established as the norm. While many bands in the past have ignored their older work after ‘making it big’ – Courteeners seem to recognise the importance of these songs that their fanbase have loved from the off, and with each of them being a catchy, indie classic, it’s easy to see why it’s the case.

The new songs absolutely don’t sound out of place in what is a hit-heavy set, while classics “Fallowfield Hillbilly“, “Bide Your Time” and “Take Over The World” gave the frontman a chance for a few breaks as he swung his microphone out over the crowd and let the fans do his work for him, applauding as the songs reached their conclusion.

While Liam Fray isn’t to everyone’s taste (he caused something of a storm with some colourful language to a fan on Twitter last week), and the media has been critical of the band in the past, claiming that they’re “only popular in the north of England”, he seems grateful for the journey that he’s on, as well as being genuinely engaging and thoroughly enigmatic, and he took the time to tell the crowd that “we started playing 10 years ago. It means the world that you come to see us. Now let’s have a singsong”. Cue further chaos.  As the microphone went out over the crowd again, it became clear that if he didn’t want to, he wouldn’t have to sing a single word for the rest of the night. The audience would more than take care of that for him.

Fray was mobbed by fans as he jumped down to the barriers, before stripping everything down back on stage and going solo for acoustic versions of a few songs, including “Please Don’t“. It created quite a moment as, despite him having a microphone, it was impossible to hear him over the crowd.

However, despite Fray being every inch of a classic frontman, doing all of the interviews,  writing the songs and appearing on his own on the artwork for the new album, this is very much a group effort, and, as the band returned for the finale, things ramped up even further, the crowd becoming a surging, bouncing mess of limbs as the rockers blasted out “Not Nineteen Forever” and “What Took You So Long”, with fans begging for setlists, plectrums and anything else going when the rockers finally left the stage to an incredible ovation.

The band are now embarking on a trip around Europe, before headlining their biggest ever show at Old Trafford cricket ground next summer. On this evidence, those lucky enough to secure tickets to that gig are in for a real treat, as this is a band who both fully deserve, and justify, making the jump from regular venues to arenas and stadiums.

Hmm… A band from Manchester… With album after album of catchy tunes… With a phenomenally dedicated fanbase… With a sometimes divisive lead singer… Called Liam… Sound familiar?

Courteeners continue to write their own tale in the music world, and everyone in the Limelight on Thursday would agree that it’s been a hell of a ride so far. 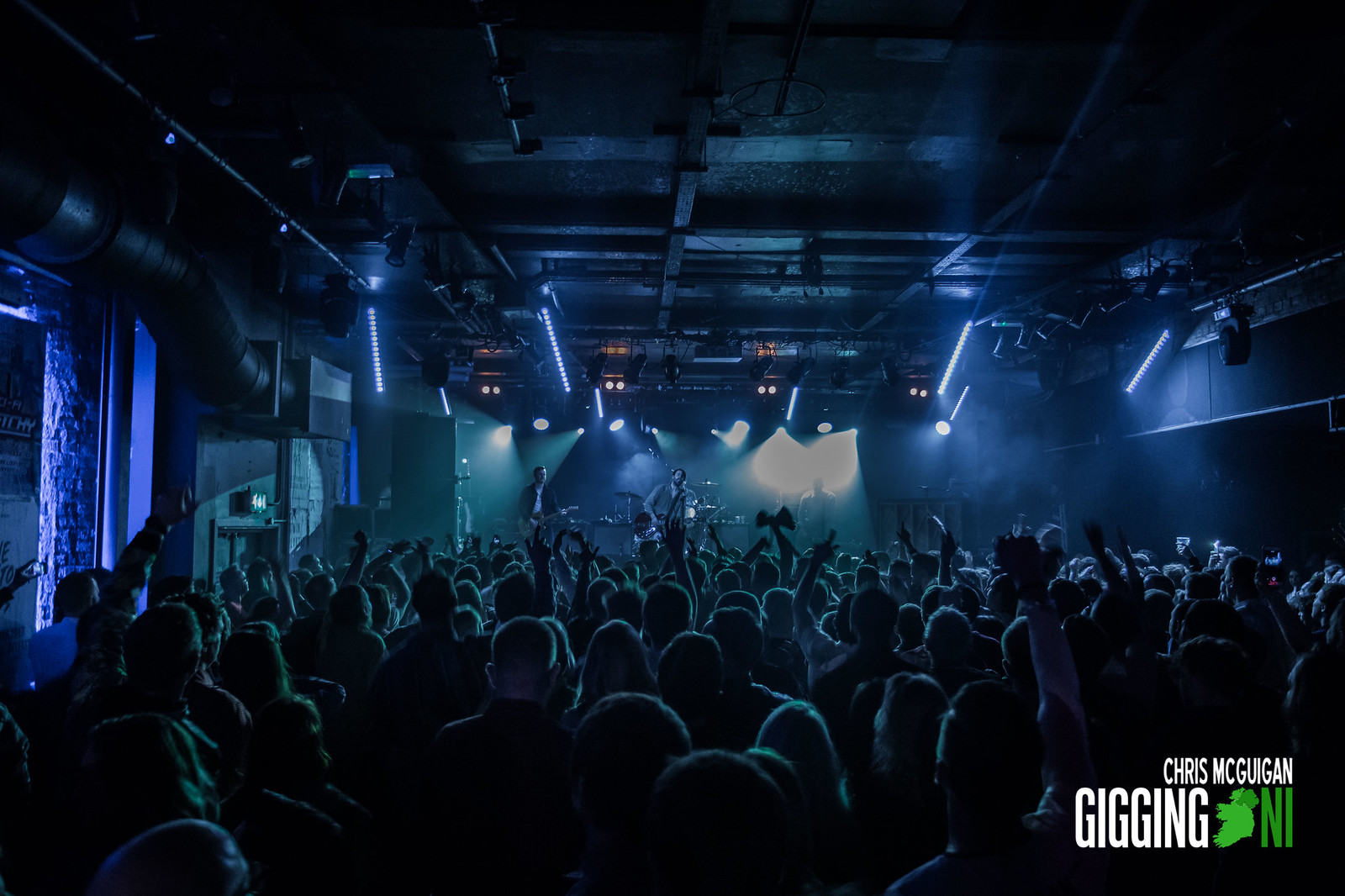