The Irish folk group who formed back in the 80’s stopped off at the Limelight during their latest Winter Tour of 2016. They continue to push the boundaries of the familiar traditional Irish music by putting their own electric, influential twist to it’s norms.

Recently nominated for an Emmy in 2015 for “The Secret Life of the Shannon” and the 2015 Oscars for “Song of the Sea” from the Song Of The Sea album for the animated movie, they have continued to grow nationwide, giving the world of Irish ‘trad’ a wider audience than ever before.

Opening for the edgy and ‘mighty’ Kíla was ‘The Twisted Sisters’ with a bubbly and energetic feel to their stage presence with their alternative and (to say the least) comedic hits including “Penny Got Me Stoned” and “I Don’t Want To Die In Big Knickers.” They ended their set with a light, joking mood to get their audience ready for the band of the night: Kíla.

The crowd of all ages cheered as Kíla began their setlist with some well-known songs including “Suas Sios” and “Rachel Corrie.” Before you assume, just like I did, that Kíla are the same as every dreary irish folk group you’re tired of hearing, all you have to do is turn on any track of theirs for merely seconds to discover how this band puts an edgy twist on what has always been known as the conventional traditional Irish music. With their use of polyphonic rhythms and the addition of the drum kit and bass guitar in their band to further the quality of their songs, they give their sound a rock element to it.

Without fail, the catchy original songs continued throughout the night with the crowd only becoming increasingly enthusiastic and chaotic as they continued to play. Now, when you think of Irish folk music, you’re probably picturing people sitting in chairs playing flutes and violins and bodhrans austerely, but you can forget about a plain stage setting like this when it comes to Kíla, who had been ‘rocking out’ with each other throughout their gig in a way you would least expect with any sort of Irish music, giving a carefree feel to their music for their audience.

Throughout the night a dull moment never occurred with the band’s endless list of well-known songs making an appearance and their worshipping fans never failing to show their adoration for them, with their cheers only growing louder throughout their set.

Although they challenge the expectations of most other Irish bands, their large use of original traditional instruments is how this tasteful band keeps ancient Ireland’s music alive among this new age of modern popular music, taking the new role of an Irish rock band.

Before bringing the show to a close, the band’s bodhran player Rónán Ó Snodaigh took the time to speak to their audience and thank them all before closing. Without giving the entirety of the band a chance to completely leave the stage , the crowd had already began franticly protesting for Kíla to return to the stage for ‘one more tune’, to which they gladly gave in to, closing with “Abair” and “Ón Taobh Tuathail Amach”. The show swiftly ended for a jumping, enthusiastic audience, bringing a memorable show from an iconic band to a close, changing how people view Irish folk music for years to come. 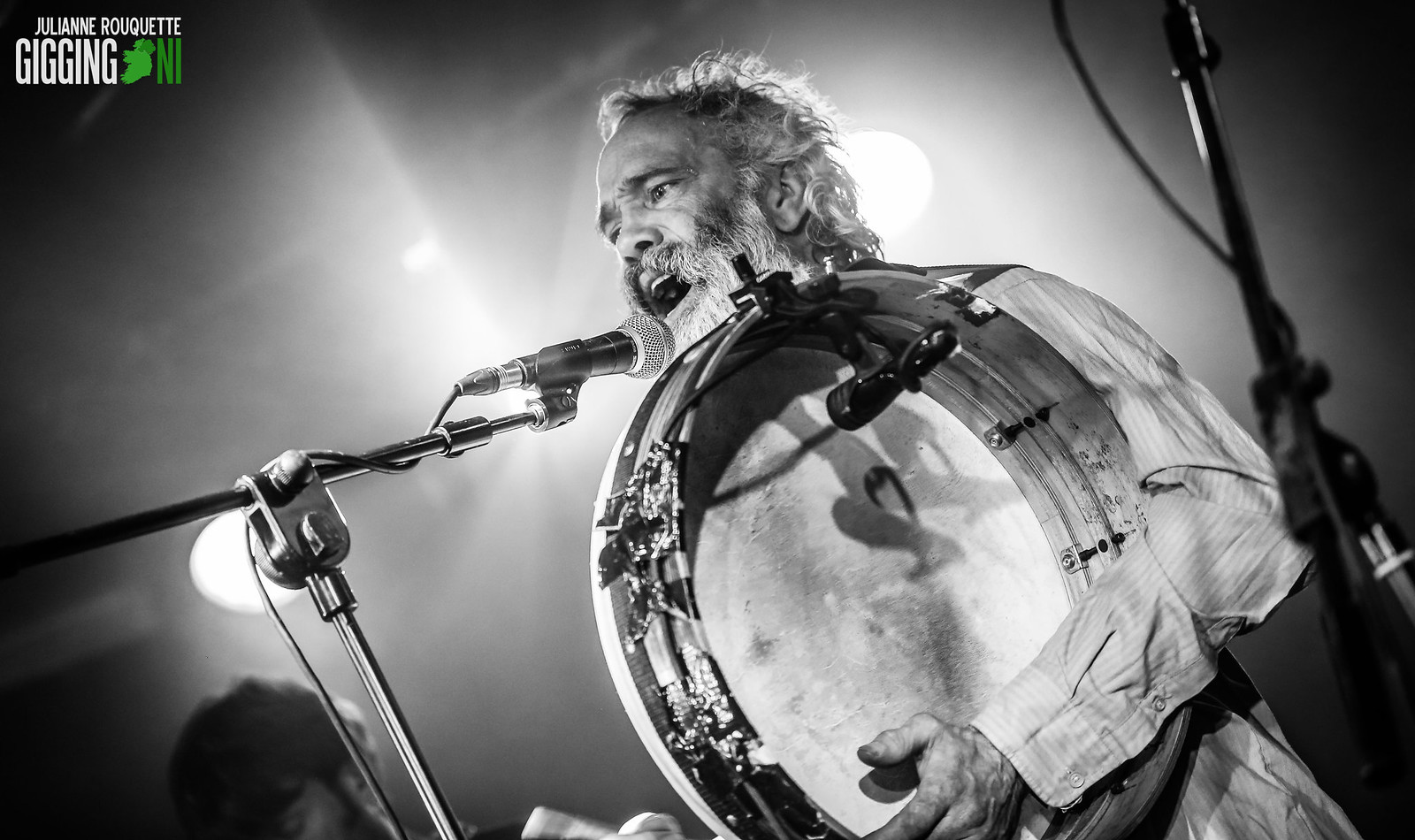