Michael Rosenberg aka Passenger walked out on stage at The Waterfront Hall in Belfast to a wall of noise from a sell out crowd who know this is going to be one hell of a show.

The show kicks off with “Somebody’s Love” from his latest album Young as the Morning, Old as The Sea and from this first song it looks like the decision to tour with a full band, and not solo, is going to pay off.

Passenger writes lyrics that come from life experiences and every song has something in it that will tug at your heartstrings.

Passenger’s engagement with his audience is always one of the highlights of his shows. Every song has a story that he wants to tell, he swears a lot and then has to apologise, as there are a lot of young Passenger fans in Belfast tonight. Nobody seems bothered by his colourful language. He jokes about having only one famous song “Let Her Go” and how Disney’s Frozen has messed up his life!

The song “Everything” is a song about the perils of Instagram and it’s obvious from his chat that he is no great lover of some of the people who inhabit the world of Social Media.

The story behind the song “Travelling Alone” has the crowd silent and hanging on his every word as he tells the stories of an Australian man who lost his wife a few months before their planned world tour, but he still travelled alone, and a Scandanavian woman who had her heart broken.

Passenger as just a silhouette he thrashes out an amazing cover of Simon and Garfunkel’s “Sound of Silence”. It’s angry and it’s fast but it is just a twist on this famous song that so works.

He plays “I Hate”, the song about everything that irks him about life, whether it be racist blokes, people talking through songs at gigs, queuing for toilets at a festival or The X Factor.

No one is safe and it’s another song that has a great sing along piece in it and the Waterfront Hall sings along as it does all night.

There has to be one line of Disney’s “Let It Go” and a quip about how people mix it up with “Let Her Go” which he can’t quite get his head round as one is sang by a hipster singer in tight jeans with an English accent and the other by a Disney Princess.

And then here comes his most famous song of all. “Let Her Go” is a fabulous song which has only been enhanced by the adding of the four piece band to make it huge. He gives Belfast praise for caring about real music.

He says “Scare Away The Dark” is his last song of the night but we know we are guaranteed one or two more and it happens. “Home” kicks of the duo of songs in the encore which ends with the fabulous “Holes“. It’s about things being missing in our lives but it’s safe to say that there is nothing much missing from Passenger’s performance tonight at The Waterfront Hall.

He obviously loves what he is doing, loves Belfast and the addition of a four piece band to his show does nothing other than enhance this very talented artist.

This show was the real music that Michael Rosenburg said earlier that Belfast cared about. Come back soon please. 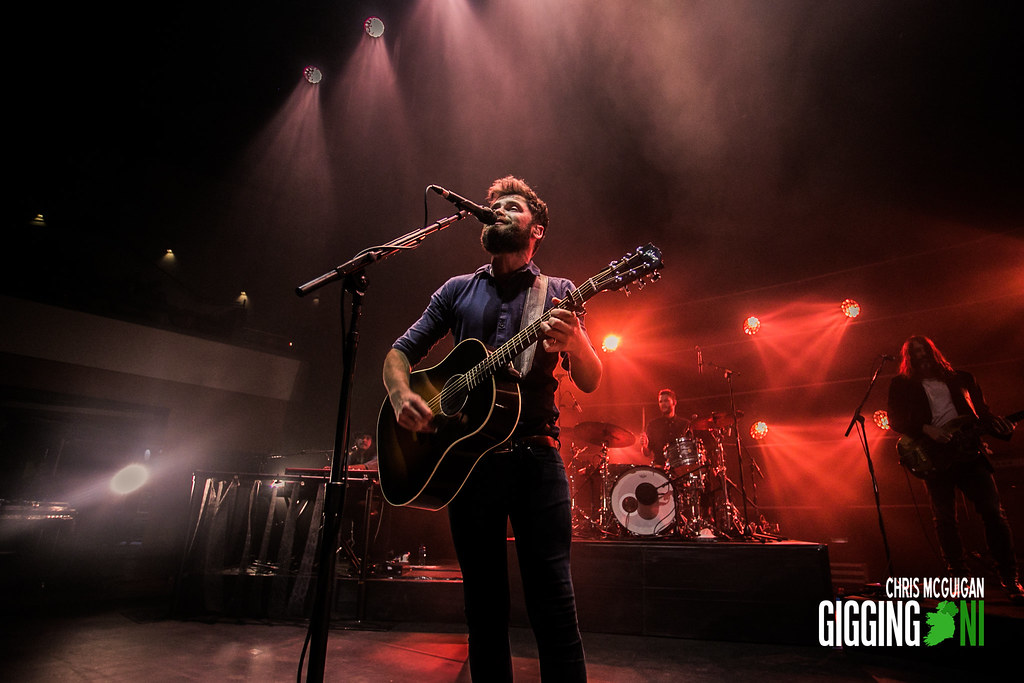