There was a huge anticipation for this gig in Limelight.  Emerald Armada have certainly been making a name for themselves over the past few years as they cement themselves as one of the best Belfast has to offer.  Their music is both exciting and invigorating whilst remaining sentimental and nostalgic.

The night kicked off with Belfast based band Life Goals.  Having released their two track debut Reck Less Nature/Between the Lines the guys are proving they are a natural on the stage.  The venue was still fairly quiet as people were still arriving but that didn’t stop their set from getting everyone psyched and geared up.  They sounded like a younger version of The Flatliners and were definitely a great start to what was promised to be a good night.

Next to hit the stage was the alternative, indie singer Brash Isaac.  I found his vocals to be a mix between James Bay and Thom Yorke; it sounds like a strange combination but it worked flawlessly.  Following the more intimate, acoustic gig at Sunflower the previous week, Brash Isaac really pulled out the stops at Limelight.  The set was much livelier and he opted to play with his band as opposed to an acoustic set.  The band played faultlessly with one another and Beulah Kim’s beautiful backing vocals gave the songs an entirely new dimension.  They opted for an 8 song set and had the crowd going crazy at every song.  The night was quickly building up to the main headliners.

The final support act of the night was the high-spirited, four piece Brand New Friend.  The North Coast band brought me right back to my nostalgic teenage years as they mixed the like of Paramore with The Kooks.  The guys performed their latest EP American Wives with gems such as “I Was An Astronaut” and “American Wives”.  The energetic set alongside the faultless harmonies and sick drumming the guys definitely ended the nights support fantastically.

Now for the moment of truth.  Ever since Emerald Armada started their annual St Patrick’s Day shows they have undoubtedly become national gems.  As soon as they were announced to play Limelight they were guaranteed to pack out the venue, which they did.  Following three top quality support acts the crowd was well and truly ready for the guys to take the stage.  Emerald Armada came on with such energy and played an array of tracks including the much loved “Bodies Roll”.

Throughout the entire set the crowd was engrossed in every track.  Even when they played their slower songs there was a real sense of camaraderie between the band and audience.  It seems no matter where Emerald Armada play there is always the sense that the gig is very personal and they genuinely want to be there playing for their fans.

I can’t find a fault with the entire set; their mix between indie folk, Alt-J with a dash of bands like Twin Atlantic, Emerald Armada are fast establishing themselves as one of Northern Ireland’s biggest and best bands. 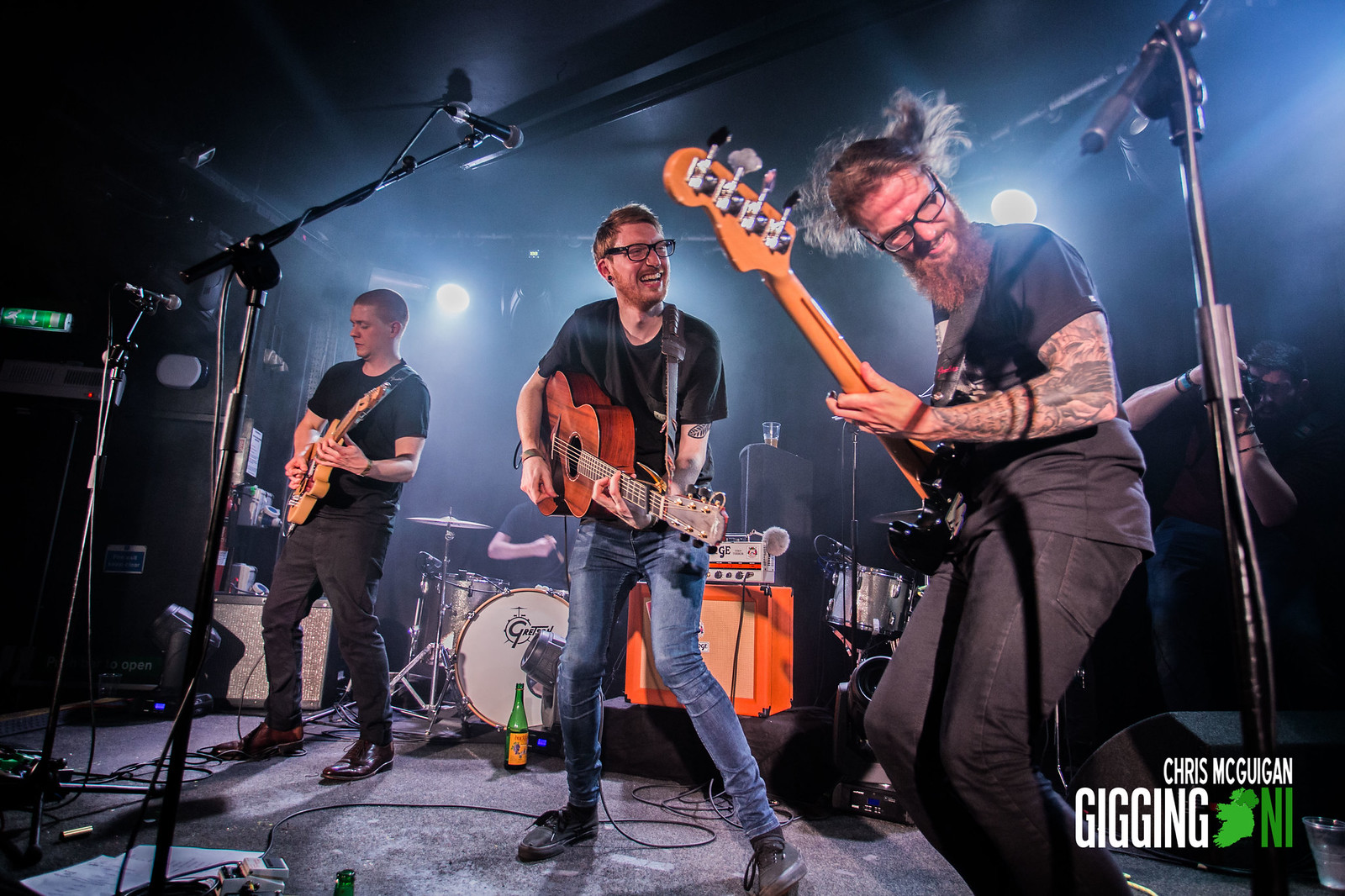