Last night, the crowds of Belfast welcomed the highly anticipated return of Welsh rockers, Super Furry Animals.  Gracing us with their presence for the first time since 2007; the acclaimed rock legends took Limelight 1 by storm.  The band was greeted with thunderous applause as they took the stage, immediately launching into their classic hit, ‘God! Show Me Magic’, taken from their debut album Fuzzy Logic. It’s safe to say the fans were captivated with sheer delight from the very first chord.

Emerging in white boiler suits, Super Furry Animals instantly cranked up the otherworldly atmosphere with their incredible stage presence as the fans joined together in unison for a mass psych rock singalong. The Cardiff rockers delivered a superlative set consisting of their first two albums; Fuzzy Logic – rated in the book 1001 Albums You Must Hear Before You Die – and Radiator, which front man Gruff Rhys described as the ‘more interesting’ album, in which the band have made excellent use of vintage synths and have produced a much more inventive and utterly contemporary sound. Needless to say, the room was immersed in a golden sense of 90’s nostalgia.

Without hesitation, they launched into their second track, ‘Fuzzy Birds’ immediately followed by the distinguished prog-rock hit, ‘Something 4 the Weekend’ which proved to be a top favourite amongst the fans. SFA’s songs boast intertwining melodies and countermelodies, with guitars and keyboards whirling around the vocals; borrowing from progressive rock and psychedelic pop but pieced together with the invention of techno and played with the liveliness of punk. With everyone swaying and screaming for more this was the ideal moment for front man, Gruff Rhys to address the audience with a hearty ‘Hello Belfast!’

Raising the bar once again, they continued working through the album with another unforgettable classic, ‘Frisbee’’ which features the bands signature animal sounds; this was received with roaring applause as the crowd went crazy, making Limelight 1 sound somewhat like a jungle. This really set the tone for what the rest of the evening had in store; a night of catchy, deceptively complex, melodic hooks with mind-bogglingly abstruse and eclectic arrangements.  Gruff went on to soak the room in a sense of togetherness by telling the crowd that this was the first time they have played this full album live and that we have both ‘the good and bad fortune in witnessing this event’ It goes without saying that a collective feeling of good fortune swept across the room as the onlookers went wild in appreciation.

Following the completion of the first half of their set, the Furries’ got the crowd ready for round two, quite literally, by holding up novelty cue cards saying ‘are you ready for round 2?’  An element of hysteria swept across the crowd as they burst into the first track from their second album, ‘Furryvision’.  A dizzying blur of frantic psych rock dominated this part of the set.  The crowd proved that they share their idols’ exemplary attention to detail by singing along wholeheartedly to the intricate harmonies, crunchy guitar riffs and even the brass parts.

Following the bands exit from the stage, they clearly left the crowd intoxicated and wanting more as they were met with the old familiar Belfast chant ‘one more tune!’  With the end drawing near, the band rejoined on stage in full costume for a frenzied, monumental ‘The Man Don’t Give A F*ck’. The fans were overjoyed by reappearance of the yetis, reminding us how much we’ve missed them.

After a delightfully lengthy set list of 27 songs, it’s clear that these Cardiff-based rockers who formed back in 1993 have not lost their touch; sounding just as fresh, vibrant and passionate as they did 20 years ago, possessing mammoth stage presence and delivering a versatile and breath taking performance, it’s safe to say that SFA’s past still sounds like the future.

Until next time, Super Furry Animals! 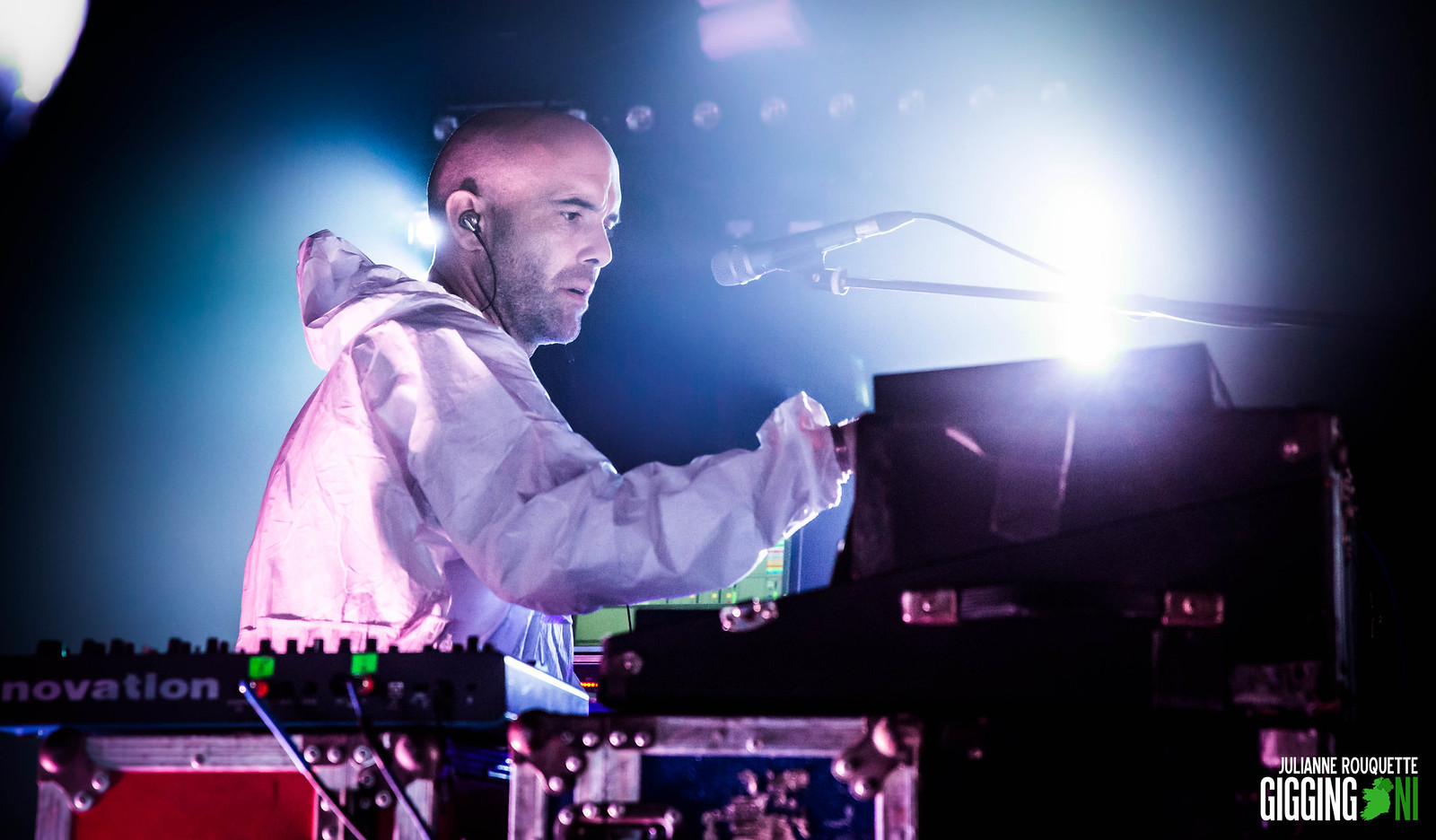