The Out to Lunch festival brought together English singer song writer Billy Bragg and three times Grammy Award winning American Country singer Joe Henry at the Ulster Hall to showcase songs from their music collaboration celebrating the history of the great American Railroads.

In March 2016 Billy Bragg and Joe Henry boarded a train at Union Station in Chicago bound for Los Angeles and over the 4 day journey recorded the songs of the great American Railroad in stations along the way as the train waited for passengers to board. This journey spawned the subsequent “Shine a Light” album and tour which brought them to Belfast on this chilly January evening.

A stage set up with just four acoustic guitars and a grand piano, this was songwriters performing in their rawest form with ultimately nowhere to hide. The show opened with the two men centre stage playing songs from the album “Shine a Light” including “Railroad Bill” and “The L & N Don’t Stop Here Anymore” which paint pictures of the hard times faced on the American Railroads in the last century.

For the song “Waitin’ for a Train” Bragg claims he had to learn to yodel and he reckoned he was the first English singer to yodel on a record since Morrisey on The Smiths classic “Boy with a Thorn in His Side”.

Joe Henry took his place on stage and told the packed Ulster Hall this was indeed his first visit to Northern Ireland and being a big Van Morrison fan said it wouldn’t have been right for him not to visit Cyprus Avenue. Before his short solo set he also took time out to apologise for the situation in American at present, this was an ongoing theme throughout the evening, stating “this is where we are and not who we are”.

“Our Song” is particularly poignant as it talks about his country being in a bad place but maybe just a hope that all the bad in it will make him a better person. It’s all the more topical in view of the current Trump era in the United States.

He speaks fondly of Allen Toussiant and dedicates Toussiant’s song “Freedom for the Stallion” to his friend who sadly passed away in 2015.

In Henry’s words there then followed an Intermission before Billy Bragg returned to the stage alone.

Opening with Bob Dylan’s “The Times They Are a-Changing” Bragg interspersed the song with reference to the current Trump-era in America and continued this throughout his set. Whilst everyone may not agree with his political views, his is truly passionate about his political beliefs stating fondly the memories of the last time he played at the Ulster Hall. This was the night Margaret Thatcher resigned as Prime Minister. It’s obvious he still gets a buzz from this.

He played the song “Between the Wars”, saying it is a hymn to Solidarity, a doft of his hat to the troubles of the working man. Bragg admits on the night that he is not a great singer but this is far outweighed by the fact his heart and soul is evident in every song he has written.

The remainder of the show is the two men playing songs in homage to great American singers and the power of the Railroads in the American Psyche, now long since gone.

There is a story behind every song and the evening gives a perfect insite into references contained in songs which the majority of the audience have little or no knowledge of.

“Midnight Special” tells the story of how prisoners of Sugar Land Prison in Texas believed that if the light from the nearby Midnight Special train hit them as it passed by they would be next to be granted parole. It a fascinating story of which it is one of many throughout the two hour set.

The show is indeed gritty and raw and lingers on the hardships faced by working class men and women who lived and rode the railroads in America in the last century. Each and every song is delivered in the same gritty and raw way.

“Shine a Light” is a fascinating collaboration between two very talented artists and it is a credit to the Out to Lunch festival for attracting these artists to a wonderful venue. 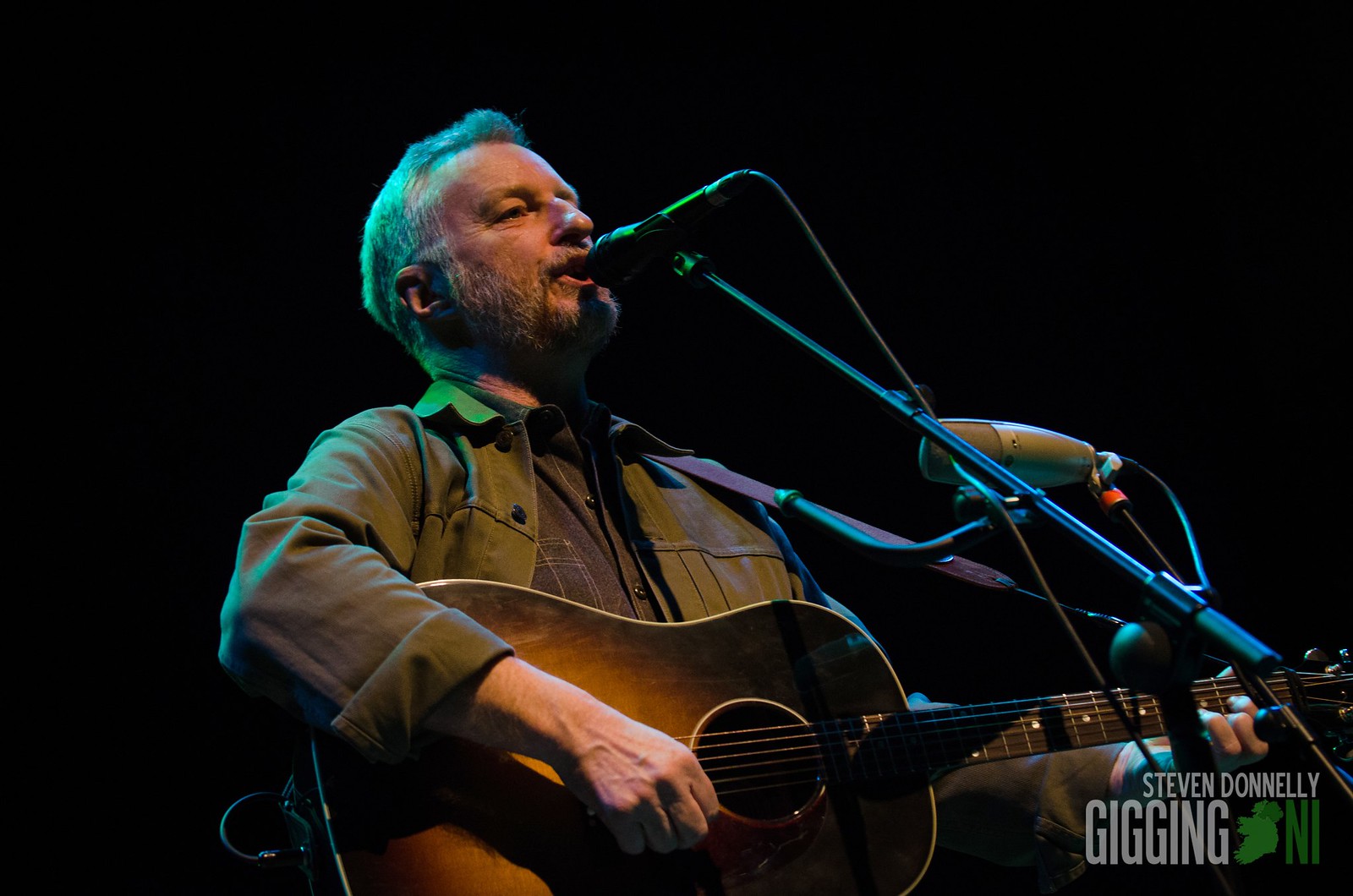