If I were to sum up this gig in one sentence it would be this – Never have I seen an artist interact so much with his fans.  This entire set was the most personal gig I’ve been to which is a big achievement for a sell out show.

Dublin based singer Craig Gallagher provided the support for the night.  He had an incredibly chilled out aura about him throughout his entire set.  The crowd was filtering in with their full hands of beer which meant the noise level was growing.  Craig kept his cool and belted his setlist which included his latest, much loved, single ‘Stay’.  He was the perfect support for the night and really set the relaxed and personalised tone that was to continue.

There was a short interval before our headliner appeared and Mandela Hall was packed to the brim.  The lights went down as Gavin James made his way to the stage alongside a blue hue.  From the very beginning there was a great level of crowd interaction; before he started his first song he was chatting to us as though we were his mates.

Gavin opened his set with the critically acclaimed ‘For You’.  Everyone was singing along from the get go as Gavin hit every single note perfectly.  He then transitioned to the fantastic ‘Remember Me’ which upped the tempo of the setlist.  The white flashing lights accompanied by the drums, piano and dancing crowds gave the night an entirely new tone.  We went from a ballad to a dance number with some banter in-between.

As Gavin James gradually made his way through his debut album Bitter Pill, the audience sang their hearts out to Gavin’s soothing voice.  A big hitter with everyone was the Kodaline-esque ‘Coming Home’.  It’s difficult to deny that Gavin’s lyrics seem to strike a chord with people as they are so relatable.  Lyrics such as “When are you coming home?  Tired of missing you when you’re gone; if distance makes our hearts grow stronger” allows people to sing along to a song that they not only enjoy musically, but they can directly relate to.

His set list changed between simple songs with his guitar to full on big hitters with the piano and drums creating a lively atmosphere.  It is very difficult to juxtapose these two types of songs so frequently but Gavin did it effortlessly whilst ensuring he met every high note easily.

The crowd interaction continued throughout the night as you could tell he was enjoying himself as much as we were.  A huge moment for everyone was when he “Shhhed” us.  Nobody knew what was going on; the next minute Gavin has wandered off stage and placed himself into the crowd.  Naturally everybody went wild with their smart phones, desperate to capture an up close image of Gavin.  This stint was so that he could sing us a song with no mics, no backup, just him and his guitar to his fans.  It was incredible that he could make the entire venue be quiet for this; naturally there was the odd person that shouted out but that was to be expected.

Another moment that really stuck with me was when he brought out his ukulele and started to sing ‘Great Escape’.  It was incredibly quirky and further demonstrated his natural talent as a musician.  His LP esque whistling throughout the song was fantastic.

A further highlight was his homage to the great Louis Armstrong in his rendition of ‘What a Wonderful World’.  Not only was his impression of Louis spot on, but he also asked the crowd to sing along and attempt the song as well.  It was so refreshing to see an artist enjoy his fans company as much as Gavin did.  This continued as he made everyone in the venue bend down and wait until he said jump; to which we all did at the drop of a hat.  Everyone was having banter and there was a real comradery between Gavin and the listeners.

The night ended with Gavin bringing Craig Gallagher back on stage as they shared a mic and sang their hearts out.  Never before have I been to a gig where I felt whole heartedly felt the headliner wanted to be there as much as we did.  If there were people present that did not really know Gavin I can guarantee they left Mandela Hall thinking it was a great night.

I would hope Gavin will return to Belfast sooner rather than later as he has made his mark from the sell-out gig.  An astounding set with amazing craic throughout. 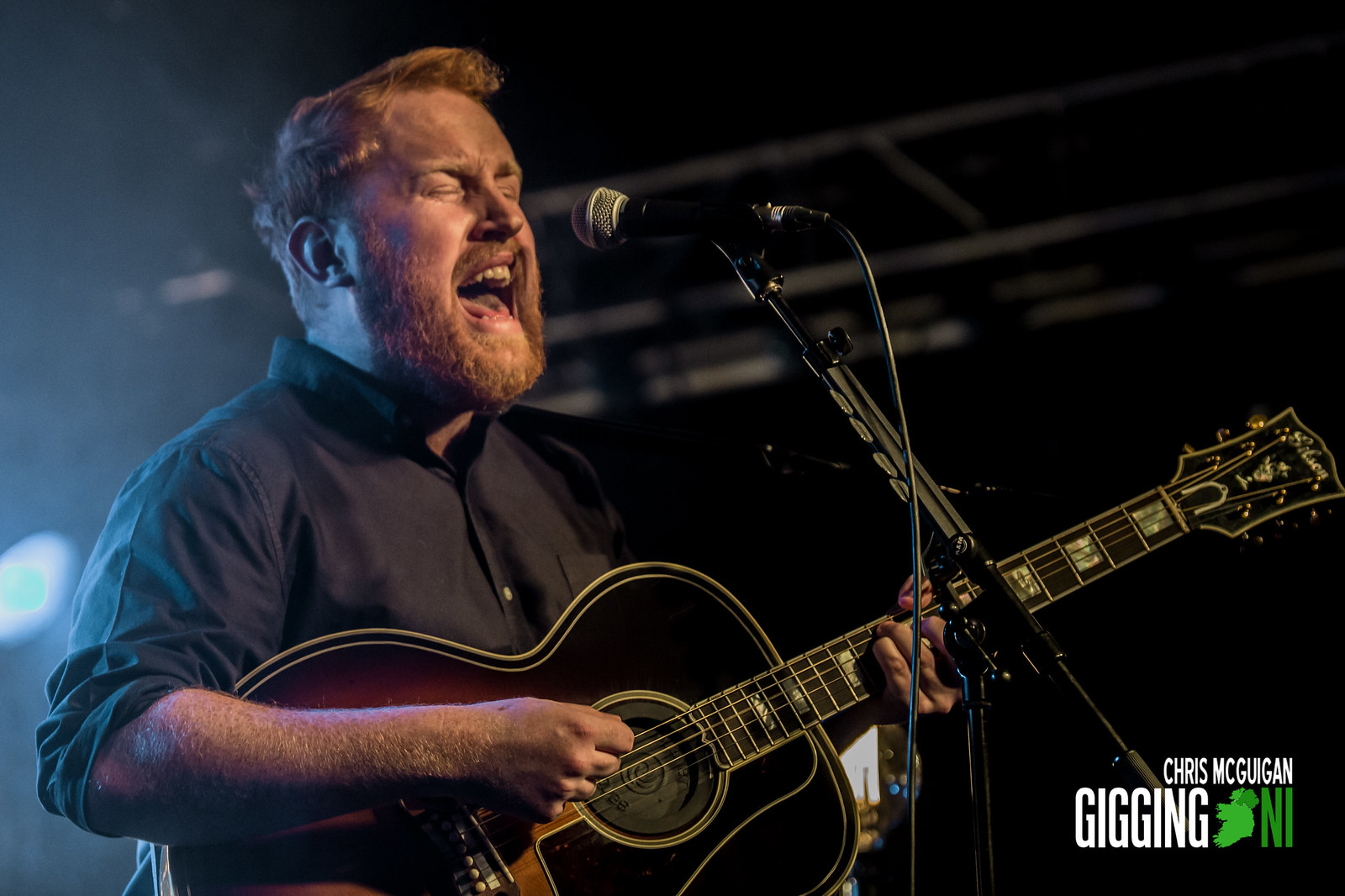