Released just over a year ago, it would be very hard to escape the infectious chorus of ‘7 Years‘ by Lukas Graham.

The song was the first number one for a Danish act in the UK in almost twenty years, succeeded by Aqua’s ‘Turn Back Time,’ (yeah, I didn’t know Barbie Girl was Danish either).

The song spent five consecutive weeks at number one, before being replaced in mid-March by Mike Posner’s ‘I Took A Pill In Ibiza,’ making it the longest running number one for a Danish artist.

The track was also nominated for an outstanding three Grammys. However, the lads lost out on Record of the Year and Song of the Year to Adele’s ‘Hello,’ and Best Pop Duo / Group Performance to Twenty One Pilot’s ‘Stressed Out.’

And it looks like the four-piece have went nowhere but up since then.

Composing of Lukas Forchammer on vocals, Mark Falgren on drums, Magnus Larsson on bass and Morten Ristorp on keys, the band have been doing exceptionally well on their home turf, as well as the rest of the world.

Their self-titled studio album reached the top 5 in the UK and Ireland, as well as topping the charts in Canada, Australia and, yep, Denmark. It also spawned other hits such as ‘Strip No More,’ ‘You’re Not There‘ and ‘Take The World By Storm.’

But the boys have been taking a break from releasing music to tour the globe, stopping off in Belfast’s Ulster Hall on February 26.

Lead singer Lukas tweeted about being excited to visit family in Ireland, and after a gig in Dublin’s Olympia Theatre the night before, they were ready to show Belfast why they deserve this recognition.

The very diverse crowd flooded into the beautiful hall and enjoyed Sunday sips as the second gig of the tour kicked off with the band’s latest single ‘Take The World By Storm.’

With Lukas’s father being born and raised in Ballyshannon in Donegal, he thanked the crowd for making him feel welcome as a homecoming. He admitted: “My father used to hitchhike into this city when he was a kid to buy records.”

The four-piece were joined on the impressively lit stage by three men on pipes, including saxophone and trumpet. They got the crowd involved and kept them laughing with their quirks and jokes.

Funky tune ‘Hayo‘ was apparently written about the oldest member of the band, Magnus’s bass guitar. Lukas told the laughing crowd: “She’s been everywhere and been played by everybody,” giving the impression that it was a euphemism for another girl.

After the energetic number, ‘Don’t You Worry ‘Bout Me,’ the room turned somber as a spotlight illuminated Lucas and Morten as they broke into ‘What Happened To Perfect,’ a reflective story about a breakdown of a relationship. The song was probably the saddest of the show, with lyrics like “What happened to perfect / What happened to us / We used to be worth it / We never gave up / It wasn’t on purpose / But it hurts like it was / Nobody deserves this / What happened to perfect.”

The night then took a weird turn, as Lukas told the audience: “Some of the boys I grew up with are in jail. It’s weird sending them newspaper clippings telling them we’ve been nominated for Grammys. We chose the right path and they didn’t. It’s weird going through a metal detector to see your best friends.” Lukas then showcased the songs he’d written about these hard times, ‘Criminal Mind‘ and ‘Better Than Yourself (Criminal Mind Part 2).’

The songs were actually a breath of fresh air in a business which is relatively targeted towards love and break-up songs. It also showcased Lukas’s vocals in a way we hadn’t seen before, reasserting himself as a very impressive singer.

“My father should have seen this,” he then admitted to the audience. “These sell out shows. But, instead, he died four and a half years ago. But, you know what? If he didn’t die then I wouldn’t have written these songs that allowed us to travel all over the world,” before debuting the heart wrenching song, ‘You’re Not There.’

“Last night was so special,” Lukas confessed to the crowd. “My mam, my uncles, my aunties, my cousins, my sisters. Everyone travelled from all over the country to come see us. But I think tonight has topped it.

“Let’s sing this next one so loud that my mam can hear it down south,” he shouted to the crowd before starting the first verse of ‘Mama Said,’ their final song.

Happy with the encore they received, the band returned to the stage and asked the audience to be their ‘gospel choir’ for ‘Funeral,’ which received massive cheers from the crowd.

The great night ended with the tune everyone was waiting for, ‘7 Years,’ which got the most cheers and everyone on their feet singing along. 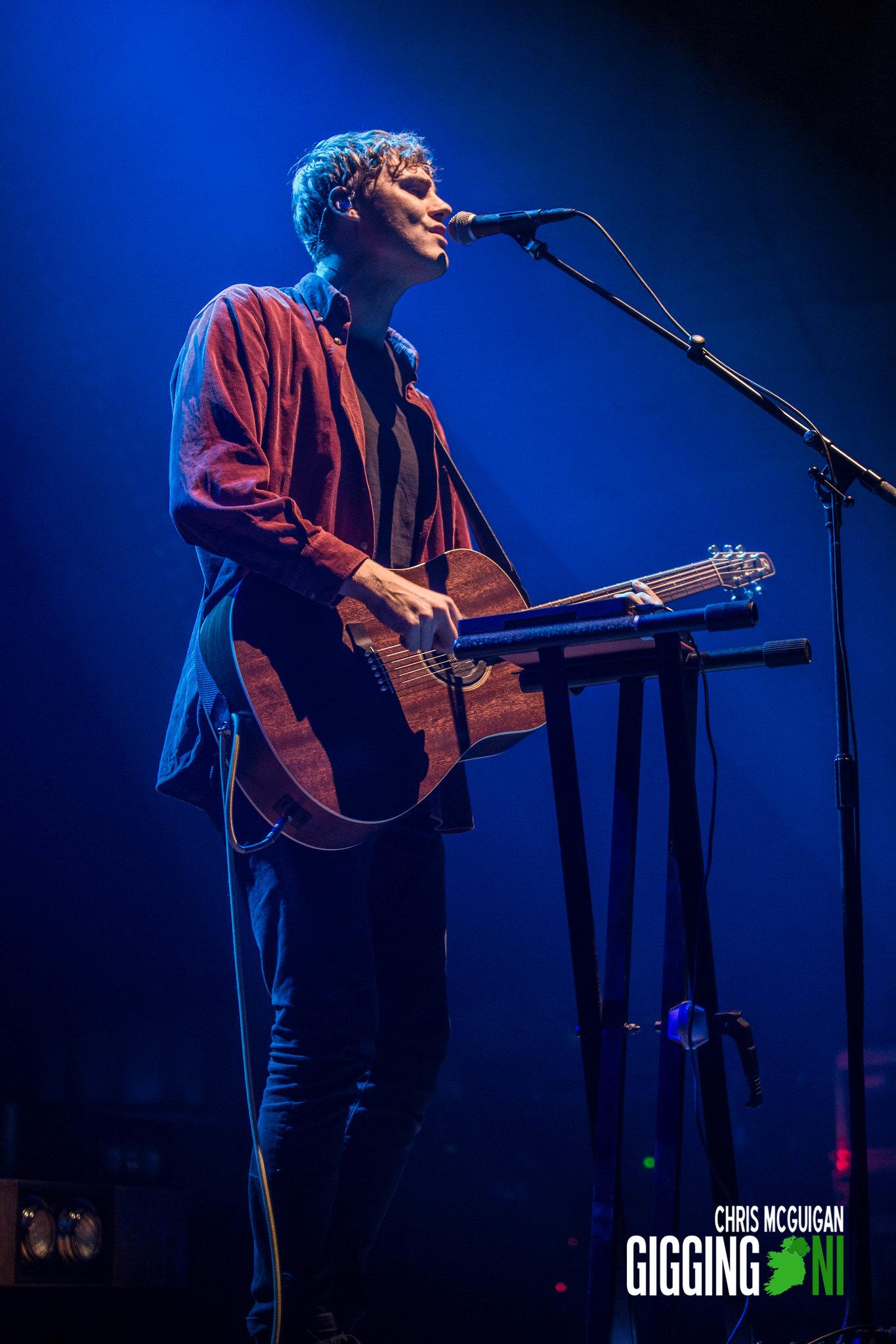