Outside was baltic and dismal but inside was a cosy and peaceful night as the crowd ridded themselves of those Sunday blues and relaxed to one of the best that the local music scene has to offer.

The night started with Belfast based Hannah McPhillimy.  All there was on the stage was Hannah and a keyboard and that is all that was needed.  Her voice carried the entire room and appeared to be completely effortless.

When she played her song Ruins the entire room seemed to hold their breath and just listen.  Her beautiful voice mixed with lyrics such as “You’ve never had someone to hold who did not pull back and then you start breaking down before I’ve had a chance to come undone” was surreal.

Following Ruins Hannah sang a cover of George Michael’s Careless Whisper.  It was a very fitting tribute to him and she did not simply replicate the song, but completely made it her own.

As she made her way through her set she would explain what each song meant or what her reason for writing it was.  The entire performance was much more than just a gig but seemed an insight into a personal diary.  She really showed the crowd who she was and put on a fantastic set.

After a short pause Owen Denvir came on stage and opened with his signature viola and guitar.  He opened with the beautiful Siren Song.  The room was so still as all eyes were on the stage taking everything in.  There was a point when there was no music and just his voice.  You could almost feel the goosebumps in the room.

Throughout the entire set there was constant banter with the crowd; from cheesy jokes to heartfelt appreciations for all those involved in the EP and the evening ahead.  The relaxed and carefree aura that Hannah had set up continued right through into Owen’s set; it was a great transition of artists.

He went on to explain the reasoning for naming the EP Motion Picture Soundtrack and it stemmed from his love of Radiohead.  I found the EP to be more of a concept piece of work as opposed to a standalone as every song has its own video and all the songs seem connected.  You can see the work that went into this.

Owen continued his performance with his acoustic guitar as  he played Jackhammer.  The song was so simple but the lyrics so emotional and genuine.  How can you listen to the lyrics “My heart beats like a jackhammer, she goes by like she don’t matter at all.  Can’t you see, I’m off my feet” and not want to shed a little tear.

After a few songs Owen invited a string trio onto the stage.  This was incredibly exciting as we wondered what song they were going to do and what dimension they would add to the set.  They broke into You Don’t Want To Love Me.  The string trio was a beautiful backdrop to Owen’s soothing voice.

Before the trio left the stage Owen stated they were going to do a cover of The Beatles Eleanor Rigby.  This was a great way to break up the set and allowed us to see them make the song their own.

As the night went on there were more surprises in store.  Hannah joined the stage once again to add her vocals to Staring at the Sun.  Hearing their voices together was fantastic; they both have this incredible ease about them.

The night did not end with a string trio and Hannah McPhillimy; towards the end he invited a brass trio to the stage to join him.  This just added to the surprises of the night.  Every time you looked either Owen was playing a different instrument or there was a whole new group of people on the stage.

He went on to sing I Miss You, Friend. The lyrics of this song really resonated with me.  “Sometimes you’ve gotta take a step back.  And take a look at the things that you forget.  Who was covering your back when you needed most?  And would you do it for them?”  This is something that undoubtedly everyone has felt before.

Owen’s lyrics have a way of making you think the same way you would be whilst reading poetry.  When he was singing the much loved Green Light all I could think was the green light in The Great Gatsby.  It isn’t very often you can sit and put your own thoughts onto the songs like that whilst you’re watching them being played live.

The entire night from start to finish was a microcosm of talent in the South of Belfast.  Owen Denvir is fast establishing himself as one of Belfast’s gems and Sunday night proved his talent as an artist.  The night was nothing short of mesmerising. 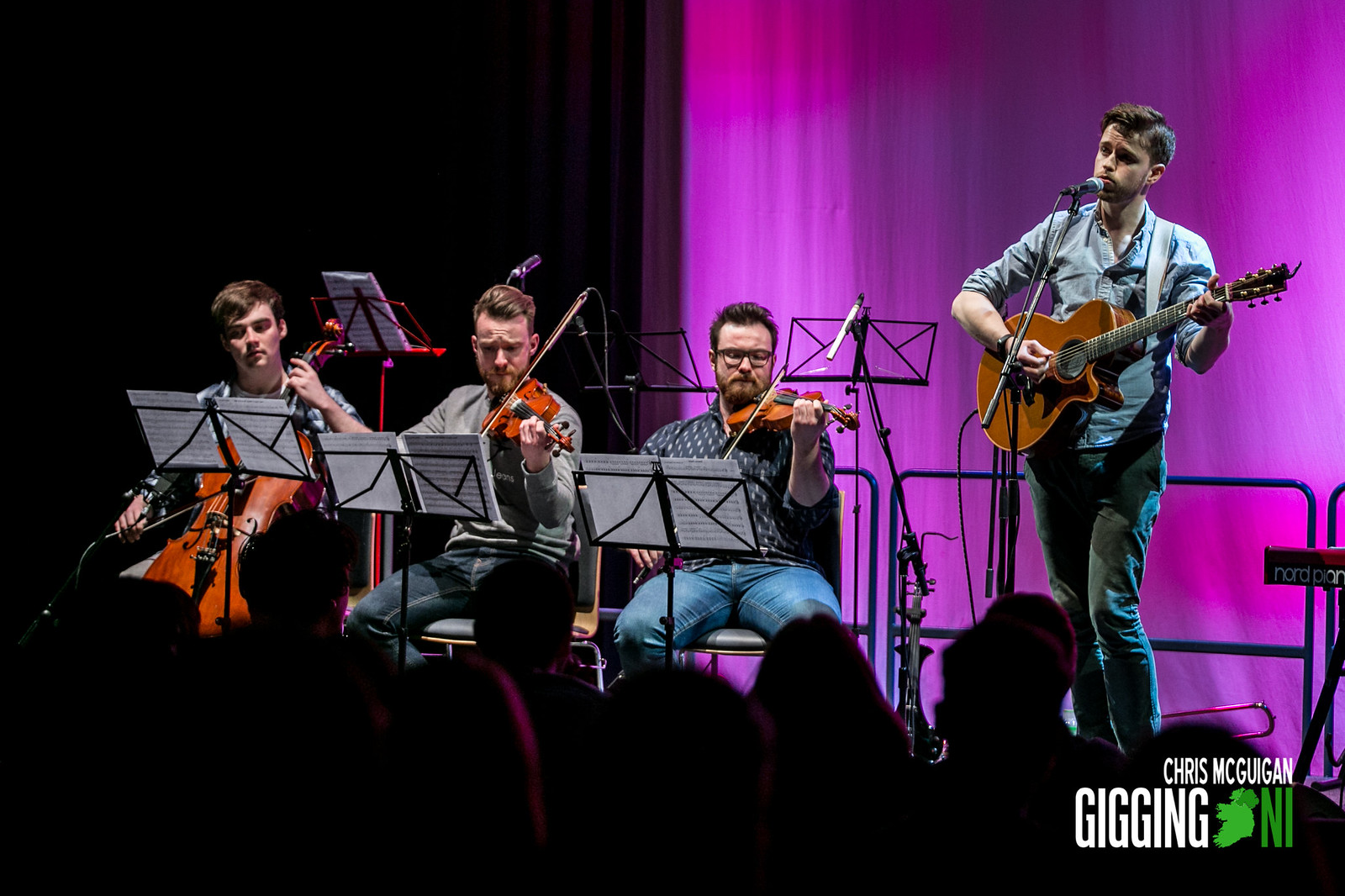