It’s a freezing cold Saturday night in February when the Limelight 1 welcomes the former emo kids of Belfast and beyond into its warmth to watch Taking Back Sunday take the stage.

There’s barely a floppy hairdo in sight but the passion for the music is still evident when support FrnkIero and The Patience appear, launching into Death Destroyer from their new album ‘Parachutes‘. For those not quite up to speed, Frank Iero is the former rhythm guitarist and backing vocalist for My Chemical Romance. This latest venture sees him take centre stage as front man, a role for which he is well suited. Songs like Joyriding seem punk influenced and suit his lazy vocal delivery style, while Weighted garners a singalong with its catchy vibe. Highlight of the set for me was the last song Oceans with its insistent guitar riff and pounding bassline. A good choice of opener for the main event.

FrnkIero and the Patience – Taking Back Sunday – Limelight, Belfast

For me, it’s all about Taking Back Sunday though. A massive fan since the release of Tell All Your Friends in 2002 I was never actually lucky enough to see them live so to say I’m excited is an understatement. Opening with Death Wolf from the 2016 album Tidal Wave, the crowd are catapulted into what turns out to be a high octane gig. I wasn’t sure what kind of vibe the band would have, as lets face it- we’re all older these days – and singing songs about heartbreak when you are in your thirties and happily married might come across as inauthentic. But I needn’t have worried one iota, as launching into Liar (Takes One to Know One), it sounds as scathing and driven as when it was released on 2006’s Louder Now and we all take pleasure in joining in the chorus with impassioned singing.

Lead vocalist Adam Lazarra’s stage presence is electric and he knows how to work the stage although his microphone antics would give any sound tech nightmares as he throws the mic around so much, catching it and tangling it around his neck. Guitarist and co-vocalist John Nolan and Lazarra bounce off each other onstage, which is great to watch after Nolan departed the band in 2003 and rejoined in 2010.

You Can’t Look Back from Tidal has a slight stripped back country feel to it but not in a twee or cheesy way, which shows the versatility of the band. ‘Timberwolves at New Jersey’ elicits a roar from the crowd when it’s recognised from the first few chords and, all at once, I feel 21 again singing about ‘literate and stylish, kissable and quiet’ – and looking around the venue there is many others who feel the same. As all the expressions are of joy at getting a chance to unleash the inner emo beast!

A Decade Under the Influence sounds as fresh in 2017 as it did in 2004 on the bands sophomore release Where You Want to Be. Nolan and Lazarra’s vocals work well together and adds to the impassioned pleas of ‘I’ve got a bad feeling about this’ although most emo moment has to be during this song when the crowd all join in the outro of ‘I hate you’. But nonetheless it’s fun and positive to witness so many people there to hear what are truly great songs and singing along without being self conscious.

Drawing on their extensive back catalogue, Taking Back Sunday play a varied setlist – Error:Operator, You’re So Last Summer and ‘Flicker, Fade’ are all thrown into the mix and, when followed by Call Come Running from the band’s newest album Tidal Wave, it’s clear to see that while they have grown up as people they have also grown as a band and can still write a damn good song.

Better Homes and Gardens from 2014’s Happiness Is shows Taking Back Sunday’s growth as a band, from singing about emo teenage/twenties heartbreak to adult divorce breakups now, the band have come full circle and the trademark catchiness is there still reeling us in. Tidal Wave, the eponymous track from the newest album, is a fast, punky affair which re-energises the room and gets everyone dancing again – it has a sound of The Gaslight Anthem and that’s no bad thing.

Having looked at previous setlists from recent shows I noticed that Cute Without the E was missing and so I was unsure if we’d be lucky enough to hear it live in Belfast but I wasn’t disappointed.  It was one of the singalong moments of the night, and a personal highlight for me as it was the first TBS song I ever heard.

Ending the show with MakeDamnSure made damn sure (sorry) that the Belfast crowd went away satisfied and happy after singing their wee hearts out. From my initial misgivings about how well the songs would have aged, I can confirm that although Taking Back Sunday are an emo/post-hardcore band, that’s not to be sniffed at or be snobbish about. They write some amazing songs and for a band who were pigeon-holed into a genre which was slated and often made fun of, they are having the last laugh by touring some 18 years later, writing great new material and still capturing hearts along the way.

And me? At 35, I’m still a sucker for a really great riff, a good melody and some emotional lyrics. Judging by the crowd in the Limelight 1 I’m not the only one.

Scroll through our photo gallery, by Catherine Cunningham, below: 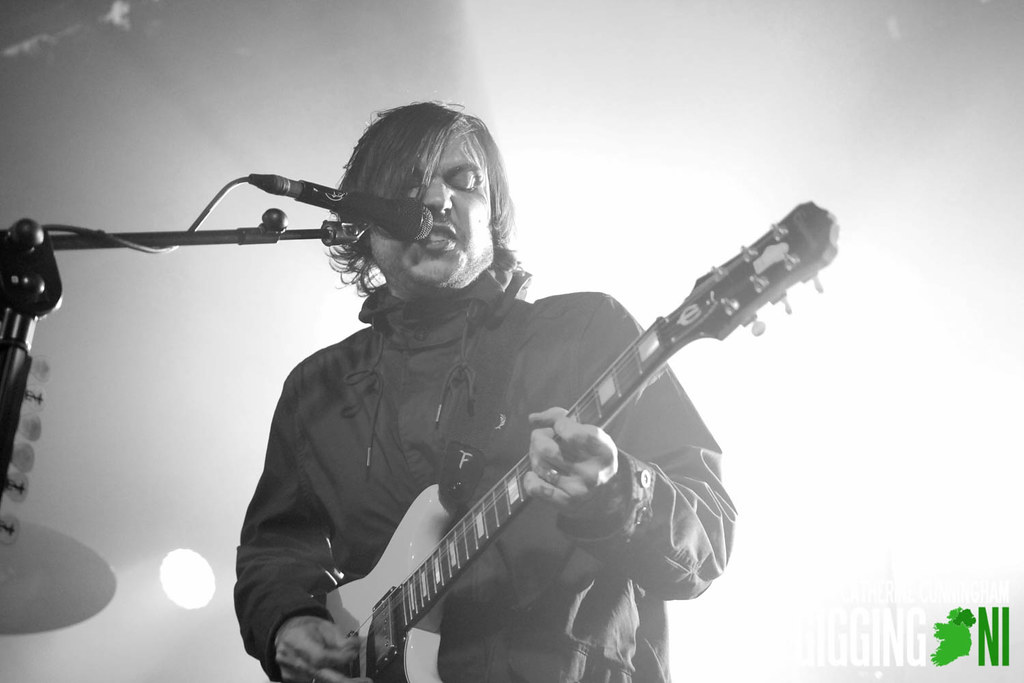 Taking Back Sunday to return to Belfast in 2017