The Limelight is a venue I absolutely adore. Not only is it quite intimate but, like most venues in Northern Ireland, there is a rich history of bands that have played there throughout the years. The sound and the intimacy is what makes it a great venue for shows.

Tonight in The Limelight we were treated to two outstanding talented bands from Northern Ireland. First was a great local metal band named Maverick, who have been getting rave reviews for their expert guitar shredding and powerful vocals. The expert craftsmanship on every song they churn out means these guys are sure to be a big hitter in the hard rock/metal world in years to come.

Maverick hit the stage and immediately started whipping the crowd into a frenzy by playing ‘All For One.’ Following on after that they ripped through an amazing set which included new single ‘Whiskey Lover’, ‘Forever’ and ‘In Our Blood’

Midway through the set lead singer David Balfour introduced new drummer Jonathan Millar by announcing that this was the first time he had played Belfast with the band. If they keep going through each set like they did this evening with the high octane, all guns blazing approach on stage, then they will end up being a force to be reckoned with for years to come.

Next to hit the stage was The Answer. A band that, in my eyes, have carved a name for themselves as one of the best Northern Irish rock bands, and have even graced a stage with the Rock Royalty in the forms of AC/DC and Aerosmith.

Coming onto the stage one by one to a rapturous applause the band instantly started played the title track of their newest album ‘Solas‘. The band’s energy on stage never withers or fades away, even when they are playing slower songs or giving the Limelight as frontman Cormac Neeson describes “an old Irish pub kind of feel” for ‘In This Land’.

It’s strange seeing a mandolin and an Irish Bouzouki at a rock concert but they work well into the songs and pay homage to musical traditions etched into the whole of the Emerald Isle.

Going through the set, song by song, interacting with the crowd, the band don’t forget how to rock and played classic hits like ‘Demon Eyes’, ‘New Horizon’ and ‘Spectacular‘. Cormac, himself as always, still gets the crowd going by diving into the middle of them to get them moving part of the way through ‘Demon Eyes’.

But when everything is all said and done, a sword swallower and a fantastic set list later, an encore was played with the Streetwise Samba Band for ‘Battle Cry’ was befitting a splendid night of hard rock and partying.

Both bands were fantastic. The energy, crowd interaction and their overall performances from start to finish were flawless. With such an array of talent of established artists, and even upcoming artists in Northern Ireland, I can see the local music scene continuing for many years to come.

Scroll through our photo gallery, by Conor Kinahan, below: 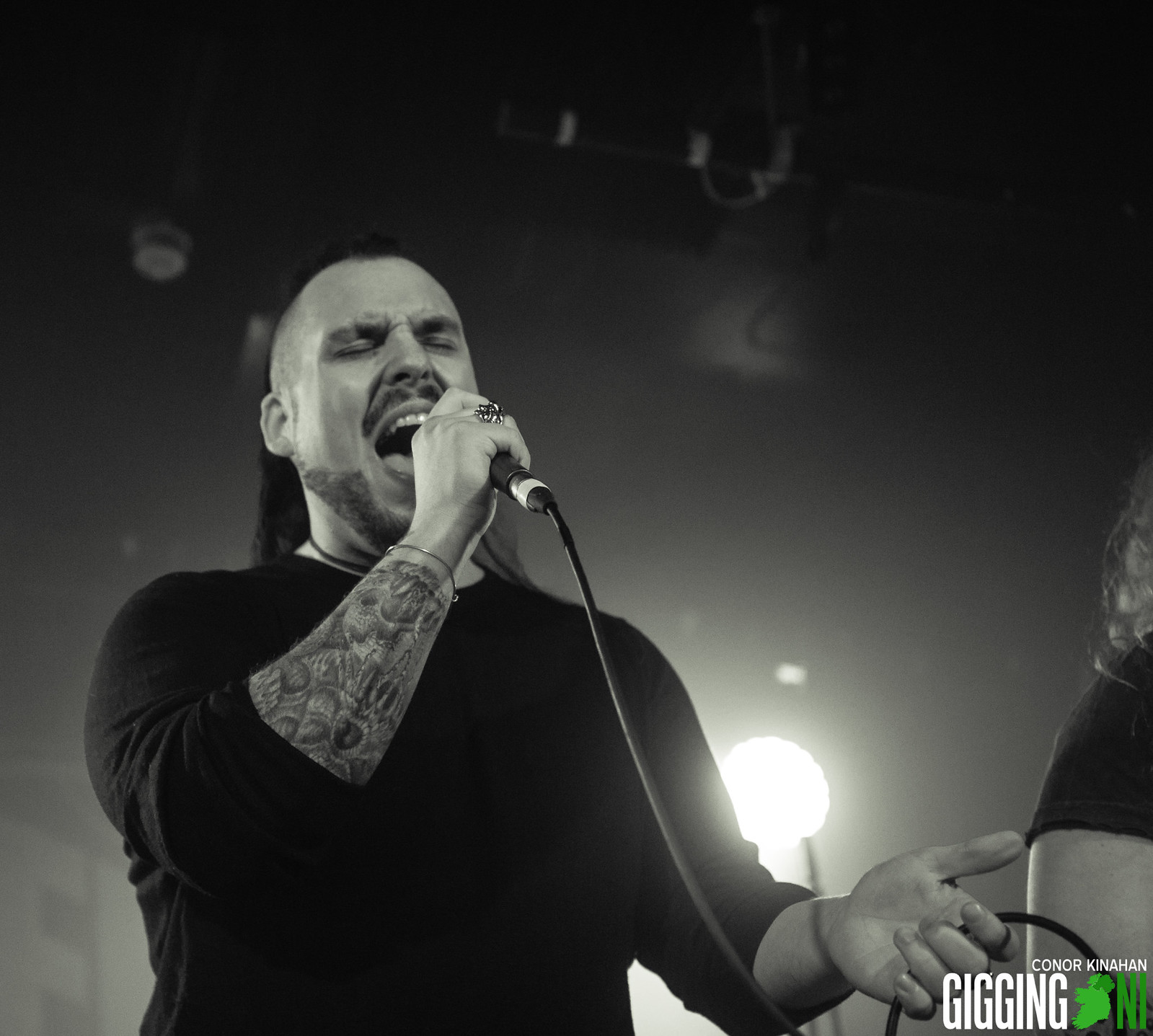