Billed as the ‘World’s Number 1 Celebration of David Bowie’ Bowie Experience has been running in one form or another since 1997, earning a solid reputation as homage to the late Mr Jones, particularly during those fallow years when the one-time Thin White Duke retired from the stage. In the year since Bowie’s death, shows like this offer an opportunity to experience a ‘greatest hits’ package with some of the iconic dressing that has become synonymous with our idea of what made Bowie Bowie.

The cavernous SSE Arena has been converted for this ‘theatre show’ – with only half of the space in use, allowing for a much more intimate experience than one normally has here. The stage still seems dwarfed by the room however, although perhaps sitting in the front few rows might make it more effective. The crowd, perhaps surprisingly, seems a little older for the most part although we do spot a bold younger fellow in patterned trousers and a bright red wig embracing the nostalgia of the night.

As a heart monitor display beats in green on the screen behind, Lawrence Knight enters as Bowie, his silhouette picked out only by a purple outline as he sings his way through “Space Oddity”, then into “Queen Bitch” and “Starman”. The thin outfit leaves his legs on display, and we’re treated to Lawrence’s hypnotic hip movements throughout the night. He nips offstage and returns in the first of the evening’s many costume changes, a white cape adorned in Asian writing. Further changes await.

The first half of the show centres very much around Bowie in the 70s – the glam era of Ziggy. “Changes“, “Life on Mars“, “Sufragette City“, “Jean Jeanie” etc.

Its only towards the end of the first half that Lawrence properly speaks at last, a couple of sentences before his rendition of “The Man Who Sold The World“, around an hour into the act. And here’s where I have issue with the idea of the Experience. It’s clear from recordings that Bowie was a talker, a personable performer, and I’d like to have seen more of this. We know it’s a tribute show –so either adopt the Bowie persona and pretend to be him, or be yourself and weave a story and some interaction. The hybrid for me feels odd. When the interaction between Lawrence and guitarist Tim Wedlake happens on stage for example, we’re jarred into remembering the vibes between Bowie and Mick Ronson and how far removed the two are. It’s a Bowie Experience that isn’t quite a full homage. The set is also painfully static at times – from my vantage point, without something more inventive with the visuals, it lacked sustained theatrical punch, though remained entertaining.

The second half opens with “Diamond Dogs” and an audience who seem revived, more receptive and alert. I am betraying my own prejudices, but I’m surprised that Bowie’s middle period (late 70s to mid 80s) is the thing that properly has people up on the floor dancing – “Golden Years“, a truncated “Station to Station“, “Sound and Vision“, “Ashes to Ashes” and “Fashion” all received well. There’s many more audience members singing along. And the mood is vastly lifted. Lawrence too interacts a little more, speaks out – and that communication allows a relationship to form. There’s more showmanship too – during “Cracked Actor”, the Thin White Duke persona allows him to perform with the Yorick skull, and “Under Pressure” allows a brilliant duet with Charlotte Elizabeth Talbot taking the Freddie Mercury lines.

The finale of the show, perhaps unsurprisingly is “Heroes” – the same song that closes Bowie’s musical Lazarus – a track that for many is a Bowie highlight. Oddly, Lawrence comes on stage for the number in a replica of Alexander McQueen’s gorgeous Earthling jacket – a wonderful costume, but one which highlights the failings of the show as an overview of Bowie’s career. Earthling’s visuals take the show to 1997, but there’s nothing performed that dates later than “Blue Jean” from 1984’s Tonight LP. The last 32 years of Bowie’s output are completely overlooked in this incarnation of the show, and that’s a horrid oversight considering it’s only a year since the the brilliance of Blackstar and Lazarus were unleashed. Never mind Outside, Earthling, Reality or The Next Day’s offerings for example.

Finishing off the night with an encore of “All The Young Dudes” was also a misstep I feel. The song doesn’t have quite the right sing-along vibe (better for “Heroes” to fill this position), and the audience spills out slightly jarred by the choice.

It’s clear from the website that The Bowie Experience has more in its repertoire, and it is a fine way to relive some classic Bowie tracks. But having seen Lazarus in London just a few weeks ago, I’m struck by how much better served we are by that show as a ‘best of’ career overview – even with its obvious gaps. The two hour set is certainly excellent value for money, but it begs for a little more diversity, or an extra hour! 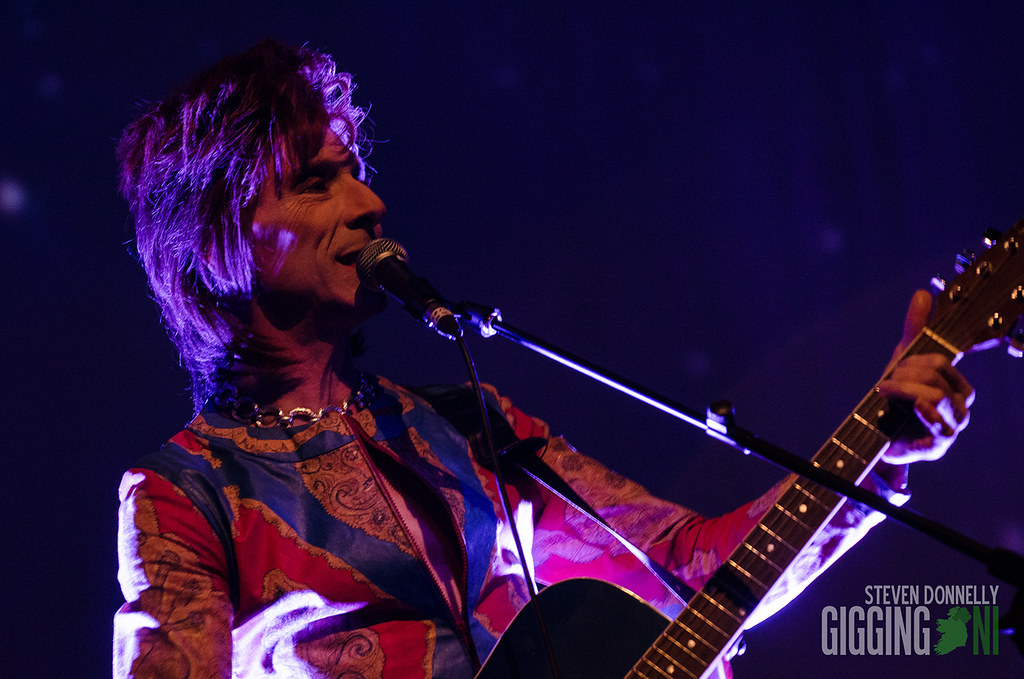