Attending a Rubberbandits show is something that you must brace yourself for. It’s a gig made for Cards Against Humanities enthusiasts and black comedy lovers, no controversial stone will go unturned at their gig.

The Limerick duo, Mr Chrome (Bob McGlynn) and Blindboy Boatclub (Dave Chambers) accompanied by DJ Willie O’DJ have been performing gigs since 2007. Ten years on, the plastic bag clad pair behind the hit “Horse Outside” have garnered a modest following of loyal fans that revel in their crude humour.

Up first however, was Northern Irish human beatboxer Cull. Announcing that he is going to bring us on a “journey through sound” Cull starts off with a bit of hip hop. Despite looking like he is about to eat the microphone, the audience are left in awe at the impressive percussion Cull can produce with his voice. Describing how “hip hop is literally the reason I stand before you now” it’s easy to see Cull’s enthusiasm for beatboxing and the unique skill he has developed.

Cull progressed through bass lines, trap and house music encompassing many questionable yet all the same interesting sounds and sharp, deep breaths. Dissecting the expansive minutia of sounds comprising his set is near impossible and simply shows the level of detail which encompasses Cull’s impressively layered sound.

Weaving in familiar dance songs such as “Like a G6” and “Riverside” his beatbox adaptations feel seamless to the point where you forget the sounds are emanating from a live human and you become in awe all over again.

Inviting Ciara Donnelly to the stage, Donnelly’s silky vocals compete for our attention as the pair get up to some “musical shenanigans.” Performing popular hits together such as Beyonce’s “Hold Up”, Rudimental’s “Waiting All Night” and Black Eyed Peas’ “Where is the Love” Cull provides the backing music for Donnelly’s impressive vocal range and even some rapping. Needless to say this was a varied set which kept the audience on its toes.

The Rubberbandits sauntered on stage exactly as you’d expect: with beer bottles in hand and opting for a laidback look of tracksuit bottoms (Mr Chrome didn’t even bother with a top). Getting started in typical fashion with a “song about shifting” they have the crowd invested from the onset.

“Thanks for all the claps, God bless” lilts Blindboy Boatclub. The pair’s rough, pared down charm and down to earth tone bring about laughter effortlessly. “Well are you having a charming evening? How’s Brexit? Is it the anti-craic?” Their Irish colliquialism and familiar turns of phrase are spattered throughout the set and they inspire a certain sense of fondness for this satirical duo who aren’t afraid to poke fun at the serious stuff.

To say that The Rubberbandits sound exactly like their recordings doesn’t say much considering their success came about more or less through clever spoken word (their first recognition came from viral prank calls) and songs sang purposefully bad. When they start into “I Wanna Fight Your Father” the audience is united in their delight at the absurd yet hilarious lyrics of this ridiculous number. As the crowd join in miming a slicing motion across the face for the line “I wanna take a stanley knife and open up his face” it’s easy to see how this show sold out with fans so in unison with their music.

The best performance came in the form of “Spastic Hawk” complete with makeshift, wing flapping dance moves from Blindboy Boatclub which the audience joined in with. It could be thought of as the slow, emotional song if it wasn’t I’m-going-to-hell-for-laughing-at-this funny.

Of course, the entire set is filled with this kind of controversial, black humour such as in “Spoiling Ivan” a song about befriending “a six year old boy you’re not related to” and if you find it offensive “you might be a paedophile.”

The Rubberbandits have a superb talent for nailing down comedic storytelling with an undeniably catchy sound. Their catalogue offers an amusing look at pop culture, sex and politics. It’s the unpinnable yet at once completely recognisable quirks of societal delinquencies ranging from glue sniffing to “double dropping yokes with Eamonn de Valera” (accompanied with the floating head of de Valera shooting lazers from his eyes as a backdrop) which makes a Rubberbandits show a very unique and strange experience. 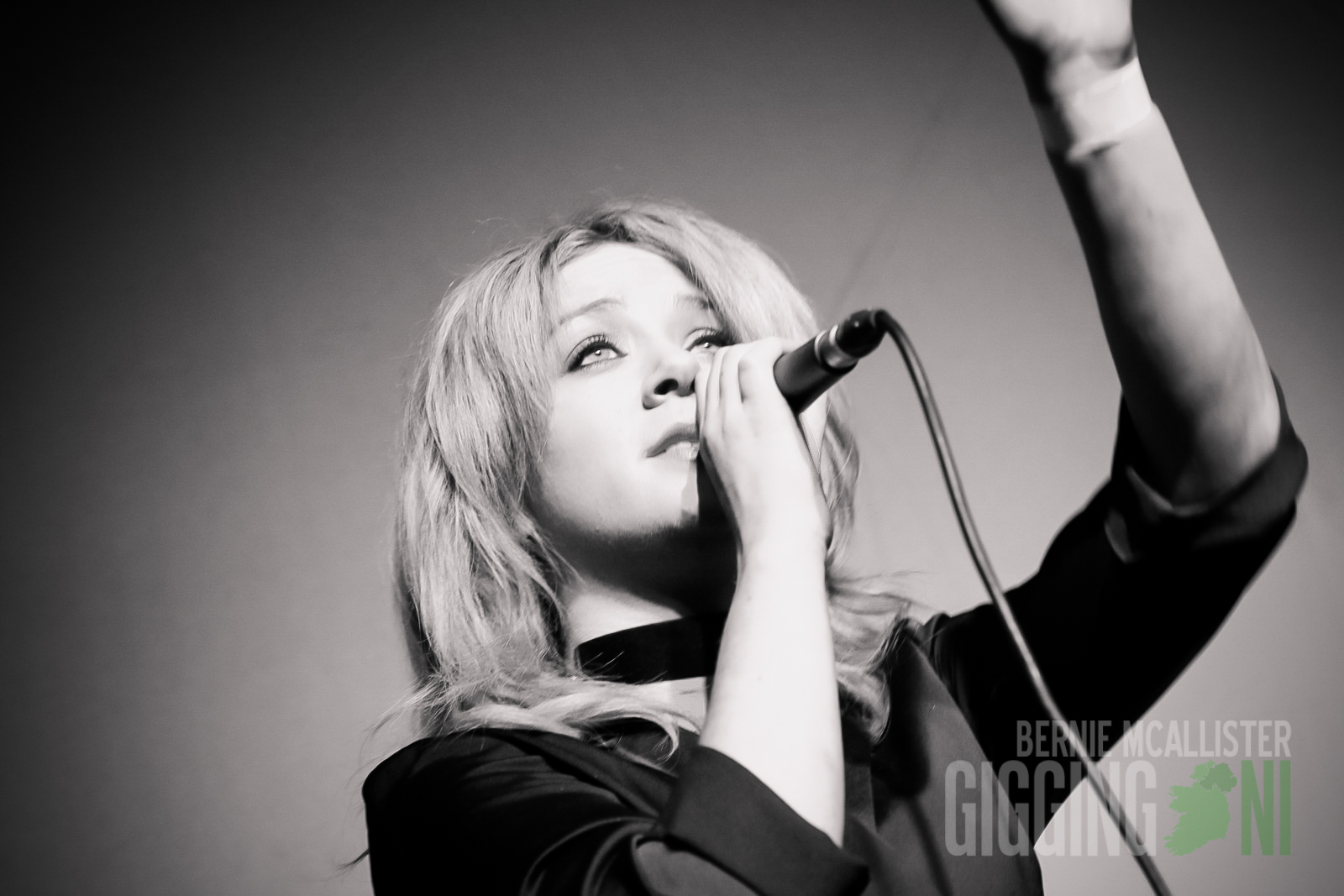