The Sheffield lads, The Sherlocks, played an astounding gig at Voodoo in Belfast on Valentines Day.  Their mix between Arctic Monkeys, Maximo Park and The Editors was met with wild approval from the people of Belfast.

The night opened with local band Hello Casanova.  There was a small crowd at this stage of the night but the guys brought a real energy to their punk rock set.  They  liveliness was very refreshing and they topped it off with a cute Valentines Day shout out at the end of their set.

There was a brief pause after Hello Casanova.  Everyone scrambled to the bar to get their pints and the venue started to fill up drastically.  The Sherlocks then made their appearance in the quaint venue.  They opened the night with ‘Last Night’.  Their set started on an incredible high as their dynamic was incredible. They are one of those rare bands that sound better live than on a recording (which is always a nice surprise at any gig).

Their next song was their much loved ‘Escapade’.  The lyrics were very fitting for Valentines Day as Kiaran sang “why is everybody so in love?”  The heavy bass line and complex drumming had the crowd loving it.

The Sherlocks, thank goodness, played the song that got them on the spectrum ‘Will You Be There’.  The crowd were singing along with them as though their lives depended on it.  Each song was as quality as the last; they had an incredible ease about them as though this was just another day in the office.

Another undeniable crowd pleaser was ‘Live for the Moment’.  The guitar solos in this were fantastic accompanied by the sick drumming.  As they played through the set the crowd was getting more and more into the songs played.  Everyone was jumping around and singing; whilst the venue was not huge the people of Belfast definitely gave the band a massive welcome.

The night ended on the fabulous ‘Chasing Shadows’; a song played for BBC Music at Maida Vale in 2015.  Everyone was going mad as we knew this was their last song of a faultless set.

Throughout the set they went from song to song just banging them out.  There was a bit of crowd interaction when they would speak briefly about being in Belfast or their next song but it was very clear that these guys were here to play music.  Rightly so, their set was flawless from start to finish. 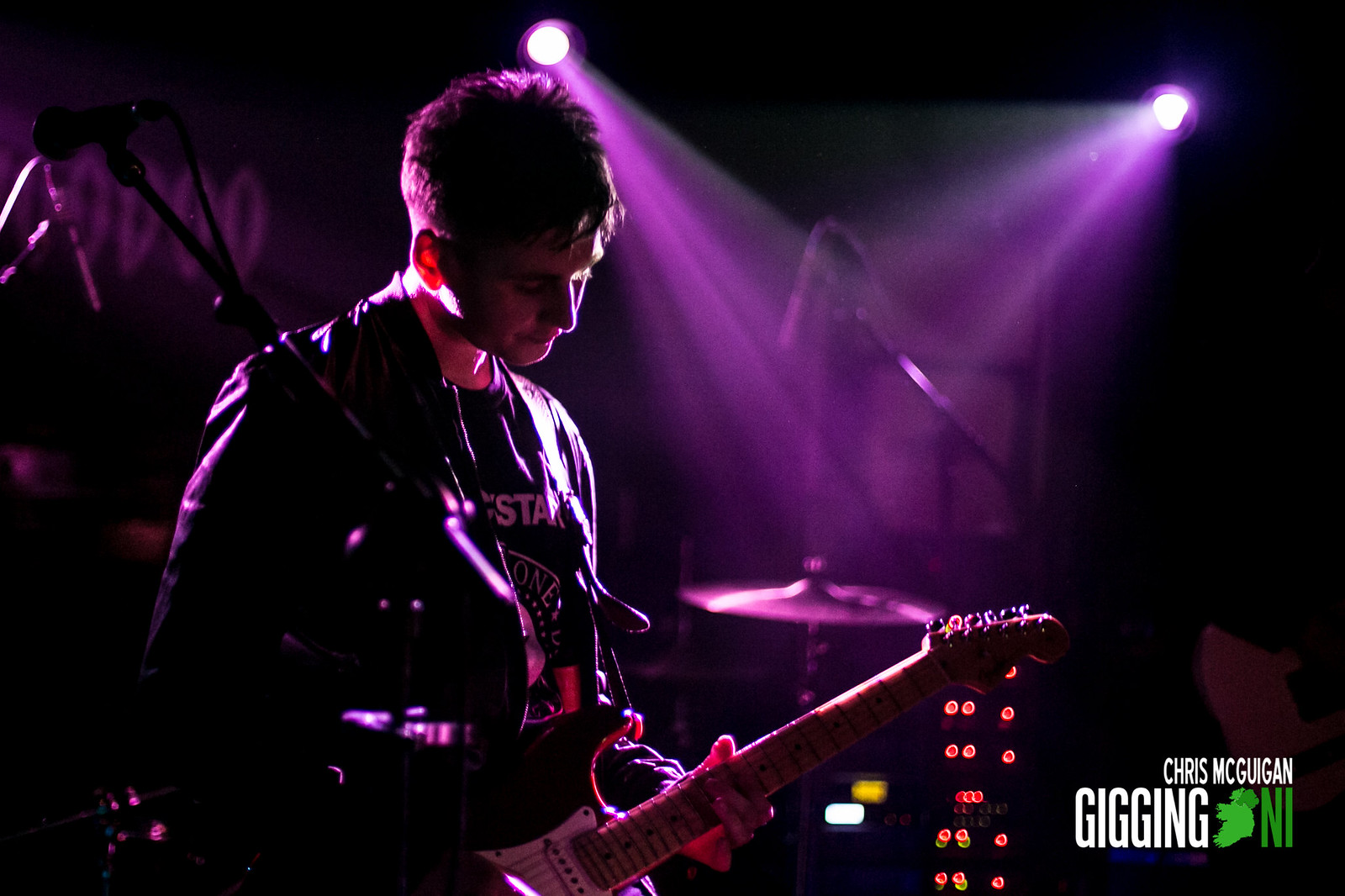