Up and coming indie favourites VANT have arrived with a bang and last night they graced Belfast with their presence on their headlining tour of their eagerly anticipated debut album Dumb Blood. The Brit rockers delivered a superlative set to an intimate crowd in Belfast’s ever quirky Oh Yeah Music Centre.

The show kicked off early with a short but striking performance from local rip-roaring four piece, The Wood Burning Savages. They warmed the crowd up rightly with their energetic supporting set. The Londonderry Boys have already been dubbed one of the best live bands Northern Ireland has to offer and after last night’s zealous performance it became abundantly clear that they more than deserve that title.

TWBS’s gripped the audience with up-tempo, thrashing guitar riffs and pounding drum solos. These boys have already revealed their raw and punky sound at Glastonbury and it’s a certainty that they are destined to do great things. It’s safe to say that The Wood Burning Savages is doing our wee country proud!

Following TWBS’s exit from the stage, an exuberant wave of excitement engulfed the room as the crowd waited fervently for the London rockers. After an ambient wait, VANT emerged sporting dark clothing and a mysterious demeanour, captivating fans with their sense of allure before cranking up the atmosphere as they ripped into their instant classic ‘The Answer’. This is the opening and possibly one of the tenacious tracks on the whole album. It boasts the signature VANT sound whilst possessing tinges of grunge and punk. It is a courageous track which set an ideological precedent for the rest of the gig. It almost goes without saying that the crowd were mesmerized from the very first chord. Without hesitation, they launched into their second track ‘Headed for the Sun’.

The room was then immersed in a golden sense of awe as frontman Mattie Vant flamboyantly announced his arrival by parading into the crowd with vigour and panache; this preamble was met with thunderous applause from the frantically stimulated audience. Matty seized this opportunity to address the masses with a wholesome ‘Hello Belfast!’ The frontman mentioned that this was only the band’s second visit to our wonderful city. He went on to thank us for welcoming them to our hometown. It’s safe to say they gained a whole lot of admiration and will be welcomed back with booming approval anytime. This really set the tone for what the rest of the evening had in store.

VANT continued working through their album – raising the bar once again, they blasted out the blistering ‘Put Down Your Gun’, this track has a unique, intriguing intro that lets the listener know something volatile is brewing; a fresh and spontaneous noise of crashing guitars that is somewhat reminiscent of early Nirvana, with a clear and concise message depicting the title of the track; ‘Stop living in fear. Put down your guns’. The onlookers went wild as they expressed their gratitude.

As the night drew to a close, the band reached the pinnacle moment of their set with their anthemic hit ‘Karma Seeker – one might say this is raising the bar once again, at their very best. They have perfected a well-balanced and progressive track with catchy guitar riffs and singalong choruses. The level of hysteria went up tenfold as the entire room began to move to this face melting, mosh pit generating material – a definite highlight of the evening.

After a sharp and savage performance, it’s clear that these London-based rockers are a solid asset to the indie rock scene and are a force to be reckoned with. Enriched with energetic passion intertwined with their coarse, raucous sound and mammoth stage presence, we can but quiver with anticipation at what’s yet to come from VANT. Let’s just hope they don’t keep us waiting too long!

Scroll through our photo gallery, by Claire Kelly, below: 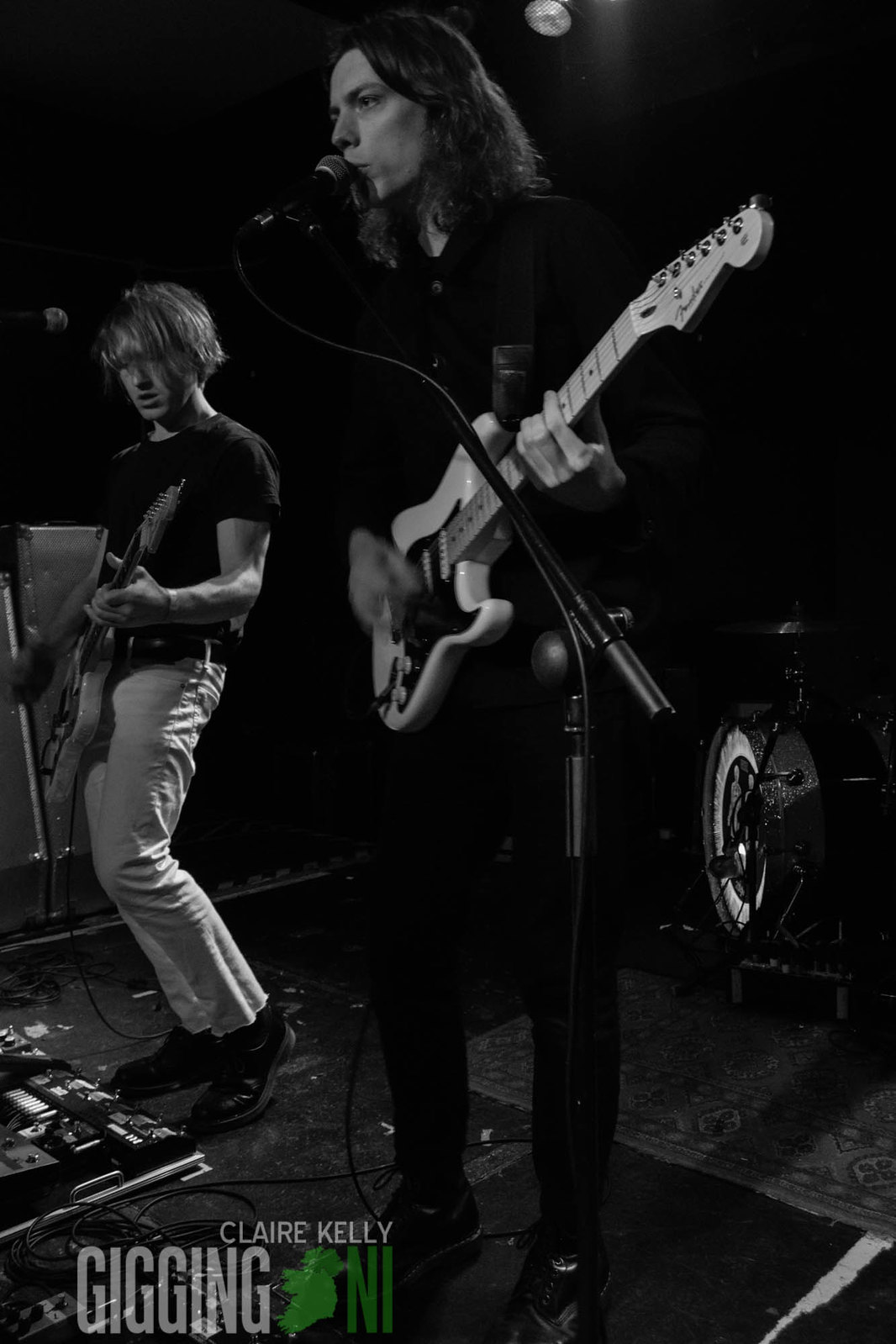