From a group of Baltimore lads to a punk band selling out some of the world’s most prestigious festivals, All Time Low have well and truly been leaving their mark in the music scene since 2007.  10 years later, Belfast get another glimpse into their success into their highly energetic and entertaining gig as they played the iconic, Ulster Hall.

The night kicked off with pop-rock band Waterparks.  Their entire set reeked of energy and fun as they had a natural presence in the venue.  The place was filling up quickly and their fresh take on pop rock was very well received by the Belfast crowd.  Their mix between Good Charlotte and Owl City was a really different experience as it is a genre mix that we don’t see too often.

Following Waterparks SWMRS took the stage by storm with their enthusiastic and powerful set.  Their set was incredibly loved by the crowd as people were singing along and pretty much going crazy.  Their drummer was comparable to the likes of Frank Zummo with their Green Day esque style.  They set the tone for All Time Low perfectly as it was safe to say everyone was pumped up and ready for the headliners.

After a pause that was enough to grab a pint without losing your buzz from the support bands, our main headliners sauntered onto the stage.  Their set opened with ‘Kicking and Screaming’, from their 2015 album Future Hearts.  The crowd were instantly jumping, dancing and singing along as though their lives depended on it.  I’ve never seen such ‘support’ for a band; I refer to noise but also the plethora of bras that were being thrown on stage from the get go of the set.

Every band member mirrored each other’s energy and enthusiasm throughout their entire set.  They played their classics such as ‘Weightless’ and ‘Somewhere in Neverland’ to their newer singles such as their latest ‘Dirty Laundry’.  It didn’t matter which album the track was from, it got the exact same reception.  The crowd were reflecting Alex’s lyrics in every single song; which is impressive to maintain throughout an entire show.

All Time Low’s entire night exuberated fun with constant banter and even a segment of beach balls descending onto the crowd.  They were, however, able to tone it down and bring the vibe back a bit.  At one point of the set the entire band left the stage leaving Alex on his own with his guitar.  He belted out ‘Therapy’ but not before dedicating it to anyone that is struggling with addiction and assuring there’s a light at the end of the tunnel.  It added a wonderful dynamic to the set as he demonstrated they can have fun but they can also be serious and speak to their fans on another level.

My personal highlight was when the band reunited and sang my favourite track ‘A Love Like War’.  I was secretly hoping that Vic Fuentes would run onto stage for his segment but alas it wasn’t to be.  The guys were fantastic, mind and yet again got everyone in the venue pumped and singing along word for word.  Alex made an effort throughout the set to not only thank the fans but to actively praise them on their echoing of their lyrics.

The set finished on the fabulous ‘Take Cover’.  We all knew it was their last song (or was it?) so everyone was making the most of it, including the band.  It had a really different feel to it and reminded me of older All Time Low mixed with the like of Twenty One Pilots.  We all knew after this song the band would be back for their encore but that didn’t stop us from belting out the well-known “One More Tune” just to make sure the band knew we weren’t ready to go home.

What could the guys really finish their set with if it wasn’t ‘Lost in Stereo’ and ‘Dear Maria’?  We were well and truly excited and satisfied with the entire set.  They dramatically ended the show by walking along the crowd with masses of confetti splashing down onto us.  It was delightfully melodramatic and ended the entire night on a huge high.  One thing that added a personal touch is they remained on stage at the end of their last song and waved and cheered to the crowd.  I got the impression they were genuinely happy to be in Belfast and had as much craic as we did throughout the night. 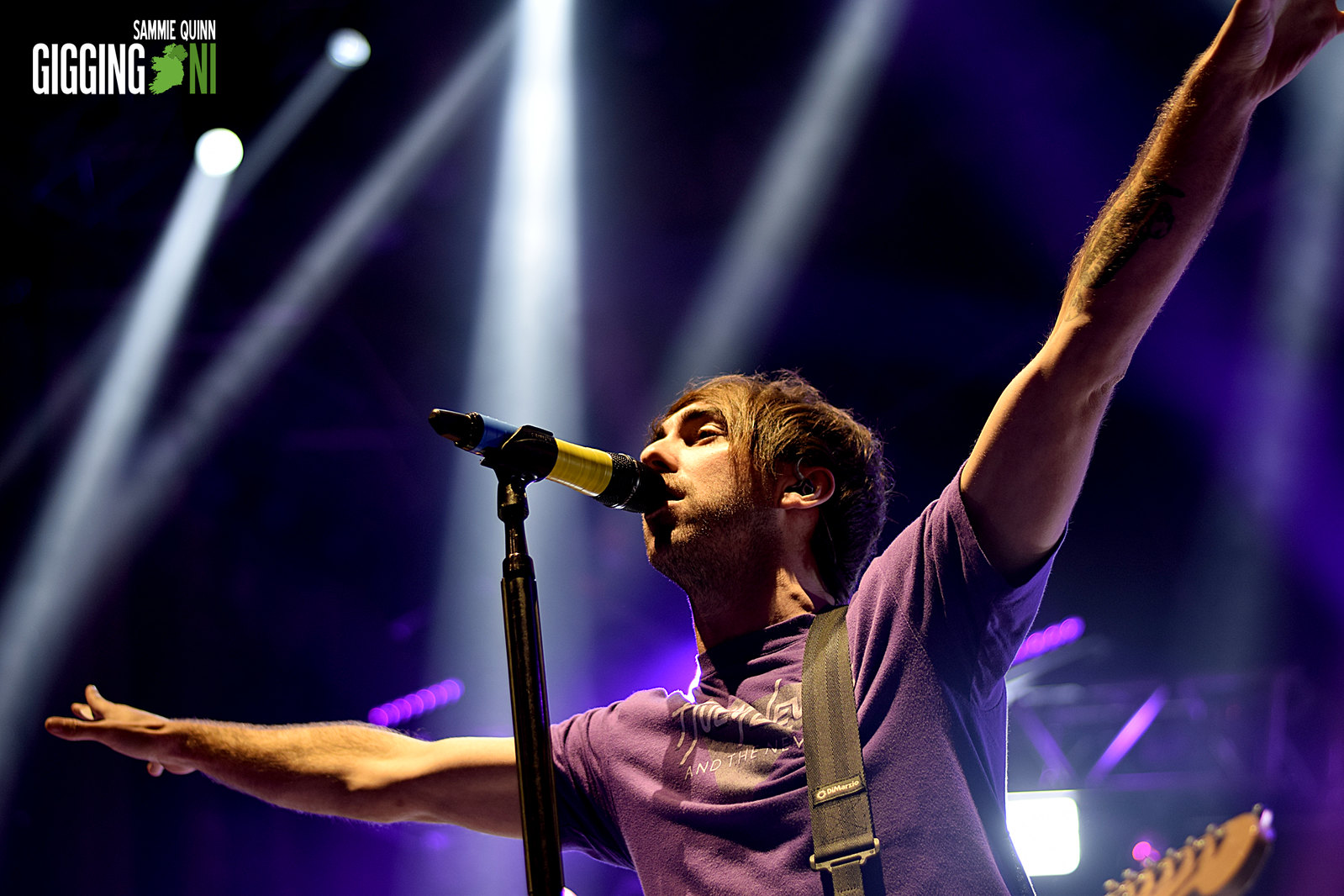