It is an early start tonight in Belfast for London based duo Andrew Davie and Kevin Jones, better known as Bear’s Den, as they walk on to the stage at the Limelight for their first Belfast show in two years and the venue is full to capacity.

Following on from the success of their 2014 release “Islands” the band, signed with the influential music label Communion Records intermingle tracks from their forthcoming long player “Red Earth and Pouring Rain” and indeed it is the title track from this album that opens the show. Tinges of synthesiser mirror the song style of The War on Drugs and the six piece band include a plethora of instruments including a banjo and brass section and play songs that roll along like a boat sailing on the sea, just moving along effortlessly.

There is a pattern in the song which sits in a soft build to a powerful crescendo and there is a faint wind that whistles it way through early songs in the set including “Emeralds” and “Greenwoods Bethlehem”.

“Stubborn Beast” strips the band back to acoustic and they are indeed Indie Folk, with the banjo a permanent fixture and a little bit of Mumford and Sons sprinkled throughout. They are pure hipster and it is checked shirts and beards. It is what they are and it is what they do well. There is nothing about Bear’s Den that drags you kicking and screaming around the room but they give you atmospheric, hope fuelled sing-a-longs.

For “Her Tears” the band completely strip it back to unplugged basics with no electric guitars and no microphones. Vocals, banjo and trumpet is all you get and the crowd responds with deathly silence to allow the bands to perform, and perform they do.

They band seems genuinely glad to play in Belfast and in all honesty why would they not want to play here. It is not the first time during the evening they thank the Belfast crowd for their welcome.

There is a weirdly Fleetwood Mac feel about the song “Gabriel” although I will never know if that was just me. All that appeared to be missing are the vocals of Stevie Nicks.

An hour passed in the blink of an eye when the band delivered the inherent pointless threat of a notice of a last song even though we know they will be back for an encore. The biggest cheer of the night was reserved for the Ivor Novello nominated “Above the Clouds of Pompeii” and Belfast gave it their most passionate sing song of the night.

The band came back for their obligatory encore and took the unplugged to the next level when the whole band came down off the stage and parted the crowd like the Moses at The Red Sea before taking their place in the middle of the floor and giving us “Isaac”.

Bears Den sit comfortably in the same mould as Mumford and Sons and our own Emerald Armada, but there is a certain argument that the songs all follow a very similar format and never veer much from that well-trodden path. It seems  a little like there is a beast trying to get out but just has not made it yet. Only time will tell if this actually occurs.

Closing the evening with a rendition of an early EP favourite”Agape” a full house at the Limelight head for home, suitably satisfied with their night’s entertainment.

Scroll through our photo gallery, by Chris Mcguigan, below: 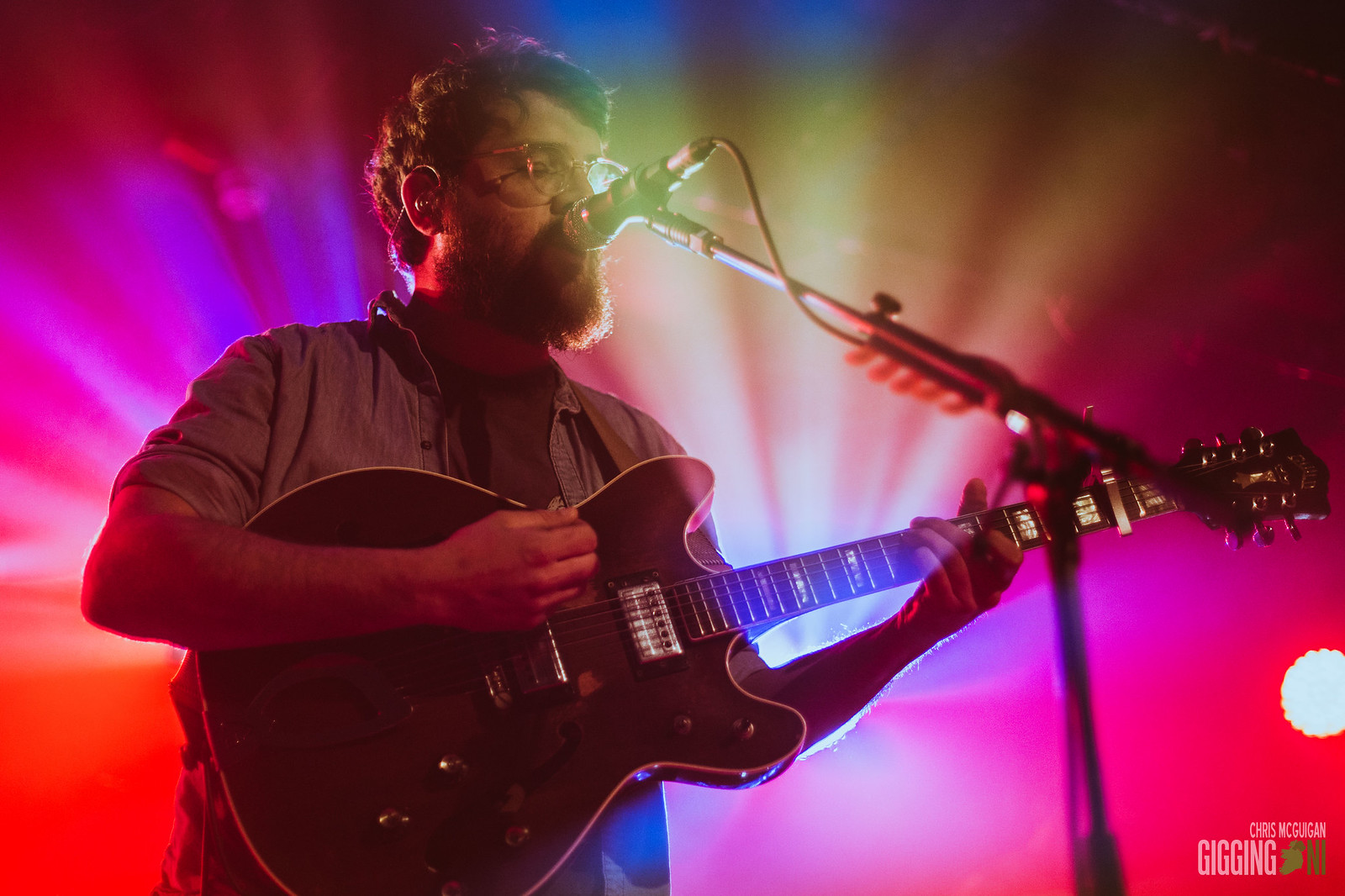