Tuesday night saw pop veterans Busted return to Belfast as part of their ‘Night Driver’ tour. One year on from their highly unlikely and much talked about reunion, Busted took to the Waterfront Hall with support band Natives, treating fans to an equal measure of much loved favourites and new material.

English four piece Natives took to the stage and immediately grasped the attention of the crowd with their upbeat sound. Young and fun, Natives played an energetic set from start to finish. Opening with ‘Chasing Lions’ whilst three of the band played drums, they set the scene for the rest of their performance. Their unique blend of tribal pop with an electro twist, coupled with melodic harmonies and anthemic chanting, is reminiscent of summer and perfect for a festival. Lead singer Jim Thomas encouraged participation from the crowd throughout, bouncing around the stage with an infectious energy. The attention he commanded from the crowd was most evident when the band performed ‘Animals,’ – the Waterfront Hall alight with mobile phones and a swaying crowd at Jim’s request. Natives finished their set with the upbeat ‘Stop the Rain,’ leaving the crowd perhaps a little too soon.

One year on from settling their differences and the ‘Pigs Can Fly’ reunion tour, Busted made it clear that this time round their show was more so about their new material, and the evolution of their sound as a collective. Entering the stage to ‘Kids with Computers,’ from new album ‘Night Driver’, the band delved into their latest album for the first few songs. ‘Thinking of You,’ followed by ‘On What You’re On,’ made sure to establish that Busted are no longer about guitar driven anthems with tongue in cheek lyrics. Synth heavy electro pop, with a soft rock twist, is Busted’s new vibe. That being said, the crowd welcomes the new material, giving a warm reception throughout the gig. It wouldn’t be ludicrous to assume that the majority of the audience have grown up with Busted, and as such, there is a mutual understanding between the band and their fans that twelve years on, they’ve matured.

Another noticeable difference between days old and new, is that Busted no longer feel the need to equally split their vocals. Whilst it is evident all three members can sing, Charlie Simpson appears to take the lead in the band’s newer material. Simpson’s dulcet tones are well suited to the bands new sound, and all three members prove their worth as live artists throughout the gig. The added use of synthesizers played by all three members, further demonstrates the band’s versatility as artists.

James, Matt and Charlie all addressed the crowd throughout the gig, encouraging participation and acknowledging members of the audience. Despite the newer material taking the foreground, Busted played their older hits with great energy. ‘Sleeping with the Light On’ was a stand out moment, as the band stood aside to let the crowd sing each chorus. The rapport between all three on stage is endearing, and only further fuels the nostalgia and adoration from the crowd. Fan favourite ‘Year 3000’ evoked a great reaction from the audience, and left them wanting more as the band left the stage to chants of ‘One more tune!’

Busted returned to the stage to perform three more songs, the first being their debut single ‘What I go to School For.’ Their next move could have been risky, as they chose to end their set with two songs from ‘Night Driver’. ‘Coming Home’ was followed by ‘Those Days are Gone,’ an uptempo song that starts slow and builds. This was well received from the crowd, which is unusual for an album track, and testament to how much faith Busted have in their new material.

When a band have the same history as Busted, it is often inevitable that people will draw comparisons between the past and now. ‘Night Driver’ was not as commercially successful as the band’s older work, but the fact that they chose to base the majority of their set on their new material should be noted. It would be easy for Busted to go on a reunion tour every year, banking on the nostalgia of their fans. The fact that they haven’t done this, and continue to produce music that their fans appreciate, is testament to their drive as musicians. 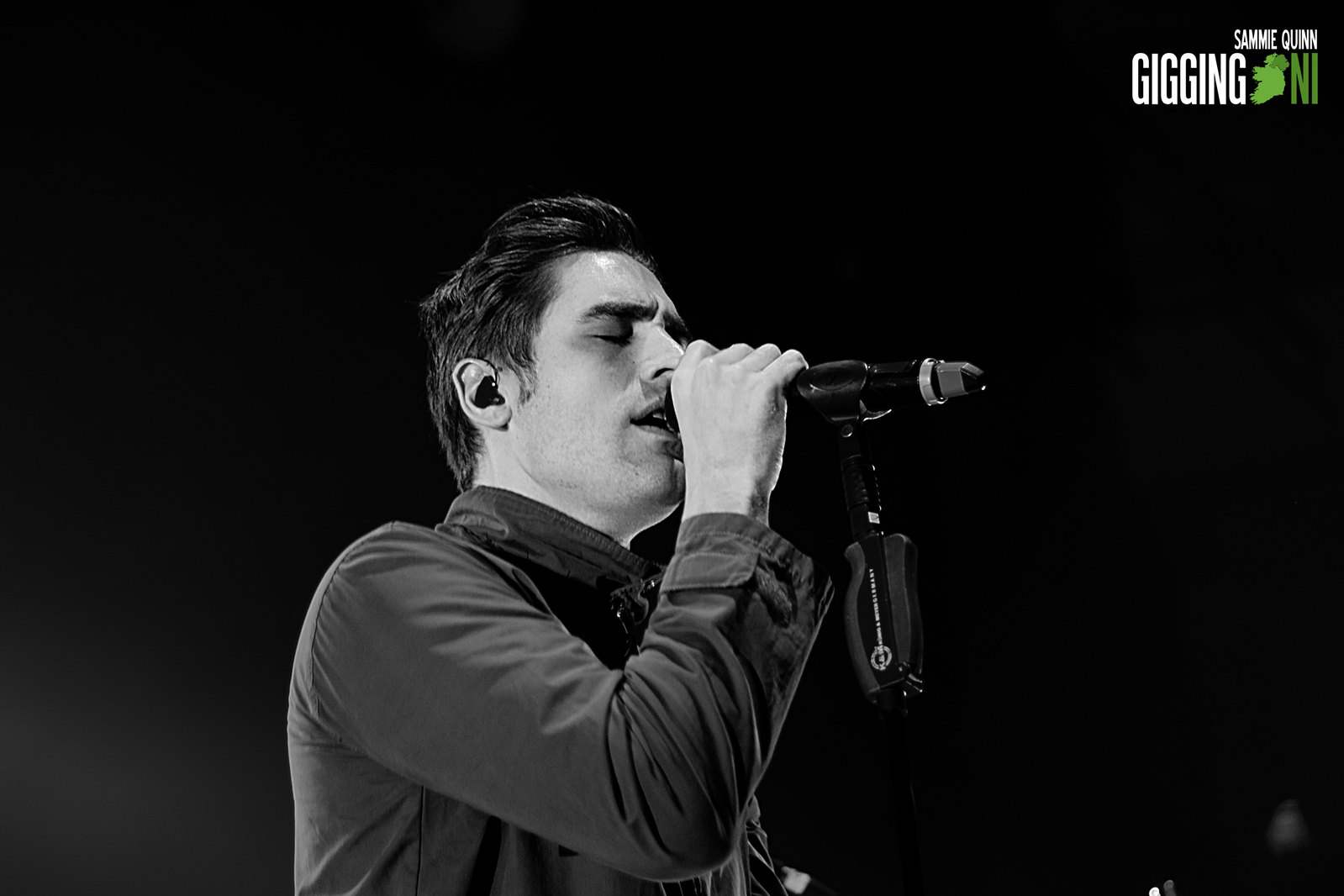