Fresh from a triumphant support slot at what could easily prove to be the gig of the year – Frank Carter & the Rattlesnakes at Oh Yeah! Music Centre – Fangclub were back in Belfast on Sunday night, calling in at McHugh’s Basement as part of their debut Irish headline tour.

First up were four-piece January, and a small crowd made their way downstairs to catch their energetic, enjoyable set, including live favourite Constantly Hungover.

Next to strut their stuff were Long Tail, a three piece – drums, lead/vocals and bass – from Dublin. Again, while the crowd was a little sparse, they certainly held its attention. It’s difficult to pigeonhole their sound, but you wouldn’t go far wrong comparing them to a few 90s American bands. They certainly create catchy tracks, including toe-tapper  Your Time, and the assembled audience were full of appreciation for their efforts as the band, who have supported Fangclub before this tour, made way for the main event (and were at the front of the crowd for the headline set).

The band’s afore-mentioned support slot for Frank Carter’s punk outfit really whet the appetite for this gig, and the band have two solid EPs to call on to make the headline slot their own.

Taking to the stage slightly earlier than advertised at 10.15pm – a time that which in many ways may contribute to the crowd numbers (the pinned tweet on the band’s Twitter has a video of the lead guitar being played while crowd surfing, but unfortunately the numbers didn’t quite add up on Sunday) the Dublin three-piece ripped straight into Inside Joke from November’s Coma Happy EP. Instantly the already grunge-heavy track available on the record and on streaming services was cranked up a notch, and the sound system downstairs in McHughs worked overtime, creating a sound that quite literally shook the organs of those in attendance.

A quick thanks was segway enough to launch into Psycho from the band’s debut EP Bullet Head, and it became clear that the people that were here knew all the words to the catchy track. Again, there was no shortage of heavy grunge, but this is music with pop hooks coursing through it too.

It’s then not hugely surprising, considering the quality of the two EPs the band have released, their infectious live performances and radio play from some of the biggest names around, than an album isn’t far away, and should be available on August 4.

Slowing things down a bit, Dreamcatcher from Coma Happy was a real toe-tapping singalong, lulling the crowd in with it’s pop melody of a chorus, before launching into the heaviest of guitars. Hair flew everywhere – both in the band and the crowd – as Fangclub really hit their stride.

While there wasn’t a huge amount of interaction, there didn’t need to be, though we are given a bit of background. “It’s only our third time in Belfast. We were here with Twin Atlantic and Frank Carter, and now we are headlining in McHugh’s. We don’t really expect anyone to come to our shows, so thanks to you all guys.”

Rattling their way through more short, sharp blasts of pure rock – it’s worth noting that there’s not a single track that falls short. Each and every song has the crowd fully invested, completely entranced by what the three men in front of them were creating.

There’s something special about seeing gigs like this, in small, intimate surroundings. You feel like you’re a part of something, entwined in the evolution of the band, delighted to be there in the early days. They’re your band, and you’re part of what they become. You won’t get that watching Olly Murs in the SSE Arena…

And so onto Bullet Head. Title track from that first EP and the one that made a lot of waves on the radio, on record it’s barely two minutes of frenetic guitars, woos and urgent vocals. Nirvana if they’re having the time of their lives. Weezer on a grunge-binge. Basically, it’s excellent. The song finishes with guitarist Steven King stood in the front row, facing the stage (a two-man mosh pit beginning in front of him), tearing his guitar a new one, finishing the set worshipping his weapon of choice in a Wayne and Garth “we’re not worthy” fashion. If crowd surfs were off the menu tonight, this certainly provided a fitting finale.

As soon as the thank you and goodbyes were done, calls of “one more tune” had the band back out, seemingly surprised, certainly looking as though they were enjoying themselves.

“One more? Okay. One more. This was totally unplanned. We’ve never got an encore before. I’m honoured. We’d better play something very fucking special then.”

And so they did. A grunge adaptation of Elvis Presley’s Suspicious Minds. Fair play.

All evidence suggests that Fangclub have a bright future ahead of them. With an album on the horizon, they are certainly a band to watch, and while they may never trouble Ed Sheeran at the top of the charts, its also unlikely that they really give a f*ck about it. Let’s just hope that this headline tour is the first of many.

Don’t stay away too long lads, cracking night that. The only downside? It’s more than 24 hours since it finished and I still can’t hear a thing. 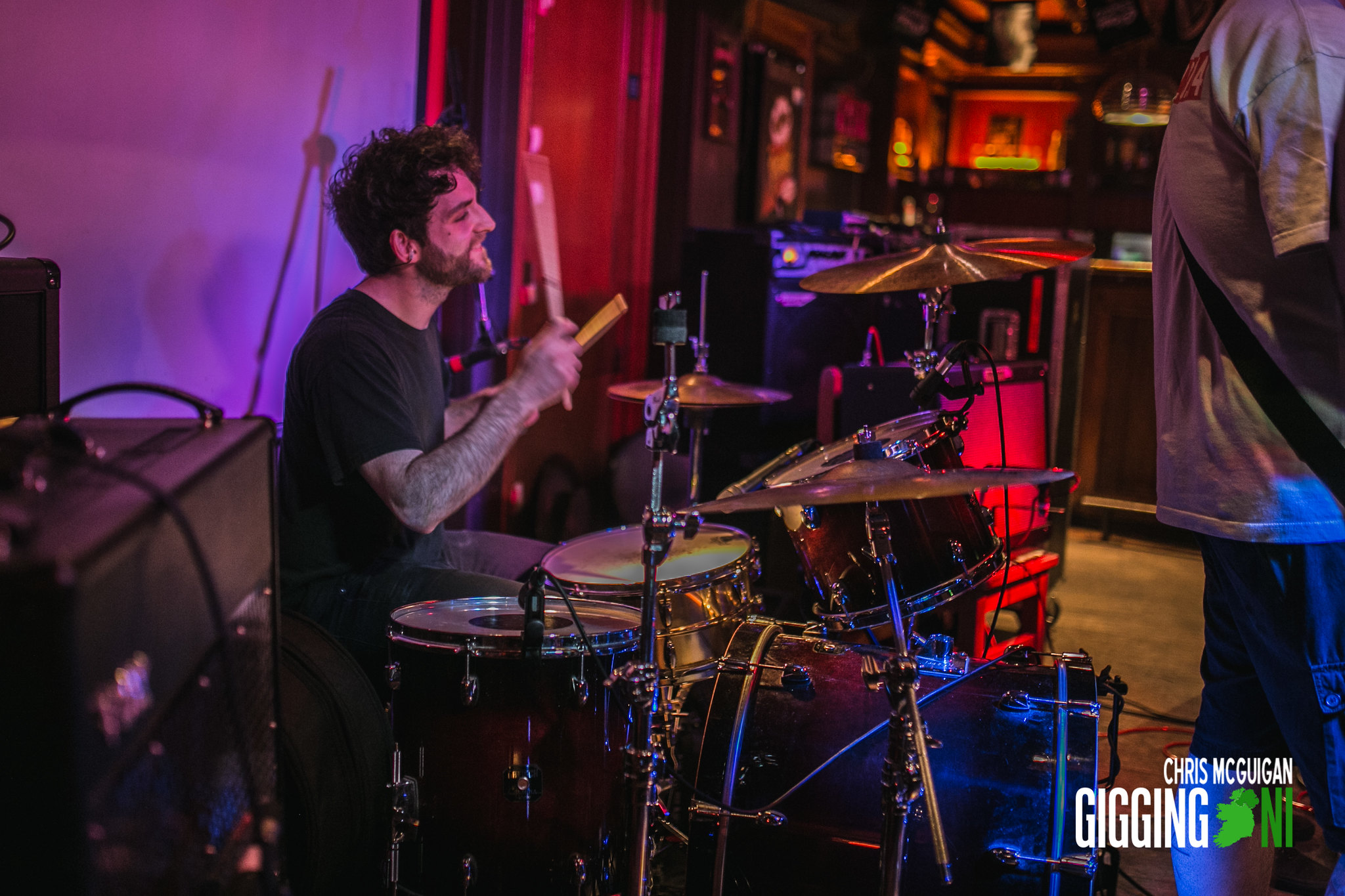