New Pagans made their Belfast debut on Friday to a full crowd in the Empire.  My first impressions?  A mixture of Hole with Karen O esque vocals and a whole lot of stage presence.  What a blinding debut show that tantalised the anticipation for what these guys will bring to the Belfast music scene.

The Empire is always one of those venues that fills up immensely within the blink of an eye.  This was the case when duo Crying Scene made their way to the stage.   Their set was very laid back as all the guys had were their guitars and their vocals.  Their harmonies were flawless and they managed to keep the crowd interested throughout their entire set.  The moments that made it for me was their banter throughout with both each other and the crowd.  It was clear they were no strangers to playing live shows and their confidence was exuberant.  They were a fantastic way to start the night as the venue was quickly filling up by the minute.

The next act to take the stage was Via: Barvikha.  The ambient tones that are reminiscent of Nine Inch Nails meets Placebo and brought a melancholic yet incredibly engrossing set to Empire.  In between each track there was crowd interaction as everyone had a laugh yet as soon as the songs started up again the whole dynamic of the room shifted.  I was incredibly impressed with their performance.  They juxtaposed Crying Scene flawlessly and gave us a performance that is not the ‘norm’ of Belfast.  It was refreshing seeing something very different.

The main headliners made their way to the stage and opened with the track ‘Bloody Soil’.  As soon as they entered the stage it was obvious they meant business.  They sailed through their set with ease and poise as every single band member was incredibly talented in their own field.  The band state Sonic Youth as one of their inspirations and this was rife throughout their tracks.

Each track they played was engrossing as everyone in the room was fixated on the guys in front of them.  Their seven-track set consisted of a range of their recordings including ‘It’s Darker’ and ‘I Could Die’.  After weeks of listening to these guy’s I was praying they would play their arguably most well-known track ‘Ode to None’.  I was relieved to hear the Alt-J esque opening riff accompanied with the vocals “You don’t have the answers…”  They absolutely smashed the track as the crowd was singing and swaying along.

New Pagans went on to sing an untitled new track towards the end of their set which further teased their plans for the year before finishing the night with the much loved ‘Lily Yeats’.  This song was like a Hole and New Pagans hybrid; which is amazing.  The opening riff with the heavy bassline was not only exciting but perfectly executed.

New Pagans gave it their all on Friday night.  The night featured three very different acts but they all perfectly complimented one another.  The headliners took to the famous Empire stage with so much effortlessness it was difficult to believe this was their first Belfast show.  It is always cliché to say these guys are ones to watch but in this case, there is no other phrase to describe the night. 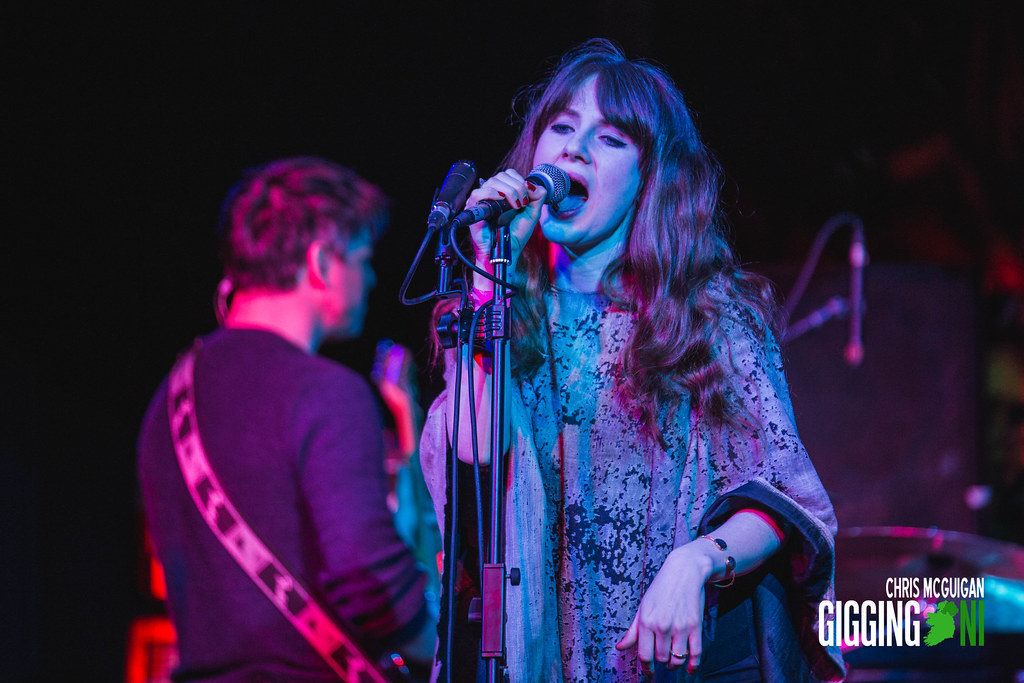