The Essex lad was bringing his ‘24 Hrs Tour‘ to a close with a two day stint in Northern Ireland. Despite being an international success, he has been no stranger to this part of the world, playing sell-out shows here numerous times, as well as 2012’s Titanic Sounds.

A diverse crowd filled the seats, with the age ranging from young girls to elderly fans as our very own Pete Snoddon from Cool FM DJ’d to get the crowd ready.

Olly’s signature walkway lit up during the intro of ‘24K Magic‘ by Bruno Mars, as the big screen showed many of the crowd waiting. The shots were filled with kids dabbing, with even a middle-aged gentleman joining in on the fun, and one cameraman set his sights on a young girl glued to her phone, as she waved embarrassed to the laughing crowd three times.

After the charade, the lights went down to massive screams from the crowd. But the wait wasn’t over yet. An alarm clock-style count down appeared on the screens, decreasing from 24, promoting the singer’s latest album ‘24 Hrs.’

The show kicked off with successful single ‘You Don’t Know Love,’ which went to #15 in the charts last summer.

After the initial reaction of the crowd to his appearance, his band crawled upward from inside the stage and broke into ‘Wrapped Up,’ with Olly even rapping Travie McCoy’s bridge, not expected at all.

The crowd helped Olly and co finger click the intro to ‘Unpredictable,’ a fun track from his latest record about a dysfunctional relationship. There was also a surprise duet in the middle with one of his back-up vocalists, as he got down on one knee to sing to her.

He then addressed the screaming crowd with: “It’s good to be back. I can’t think of a better place to end the tour than in Belfast. Every time I play in Belfast you are all ready to party. I want you just to forget it’s a Tuesday. Think that it’s a Saturday night.”

Three songs in and he couldn’t hold it in any longer. He flaunted his backside and told the crowd that it wouldn’t have won Rear of the Year 2014 for nothing. He then apologised to the crowd behind him in the pitts as they would “only be getting to see [his] ass all night,” something he knew rightly would get a massive cheer from the women.

As well as being funny, he was a natural performer. He pulled funny faces, postures and dance moves. Eight year ago when he was on the X Factor, he proved that you don’t have to be the best singer to sell records and tickets, something he took on board from his buddy Robbie Williams.

After ‘Grow Up,’ he asked the audience to raise their hands if they felt that he should grow up. After no one responded, he told them that his ex-girlfriend, his friends and his mum all think he should: “But not Belfast, you all love me way I am.”

Despite the disagreement from the crowd, Olly stated: “I’m not the perfect man. I wish I was. I’m going to sing you a song about my flaws and insecurities.” He then broke into ‘Flaws,’ the last track on his latest album, with hundreds of people turning their phone torches on.

With songs like these, he proves critics wrong that all his songs sound the same. Maybe in 2010 when he was fresh on the scene with songs like ‘Please Don’t Let Me Go‘ and ‘Thinking Of Me,’ but after dealing with hard things in life, like a break-up, and taking the reins on co-writing, it proves that he has the sustainability to be a long-term pop artist in an otherwise competitive industry.

After the emotional song, he lifted the crowd back up with the infectious hand clapping beat of ‘Up,’ a song he released in 2014 with a helping hand from US artist Demi Lovato, stood in for by the earlier backing singer.

Olly and the singer had good chemistry as they sang together and displayed a good professional relationship.

The constant flirting with female fans continued throughout the show, with Olly pursing his lips, shaking his hips, thrusting his crotch and even bending down to let some girls slap his bottom.

Before ‘I Need You Now,’ he confessed to the audience that he loved the song, but couldn’t sing it for a few years as he was in a relationship (queue giant boos from the girls), with model Francesca Thomas which ended in 2015. However, now that he isn’t seeing her he’s still looking for ‘Mrs Murs,‘ with Olly teasing that she may be in the audience tonight: “I’ve had three girlfriend and not one of them was from Belfast, there might be a chance.”

The song was tear-jerking and vulnerable, and had a lovely saxophone instrumental during it.

After a quick costume change, Murs was back with the highlight of the night, ‘Deeper.’ The fun song showed the talent of all 4 back up singers and would be a great potential next single.

He went on to say that even though he’s had a laugh, his heart was broken when he wrote this album, and it still is now. He thanked everyone for helping get it to number one, his fourth in a row, and hoped it would help audience members through a break up.

The only way to describe the next few songs is with Olly’s own words: ‘10 minutes of crazy.’ He wanted the audience to use up all their energy as he ran through a medley of songs (and physically through the crowd), including ‘That’s The Way I Like It‘ and ‘Can’t Touch This‘ before breaking into JT’s ‘Can’t Stop The Feeling.’

With a finale of ‘Dance With Me Tonight,’ mixed perfectly with Grey’s ‘Starving,’ he bowed out before an electric encore of ‘Kiss Me‘ and latest single ‘Years and Years.’ 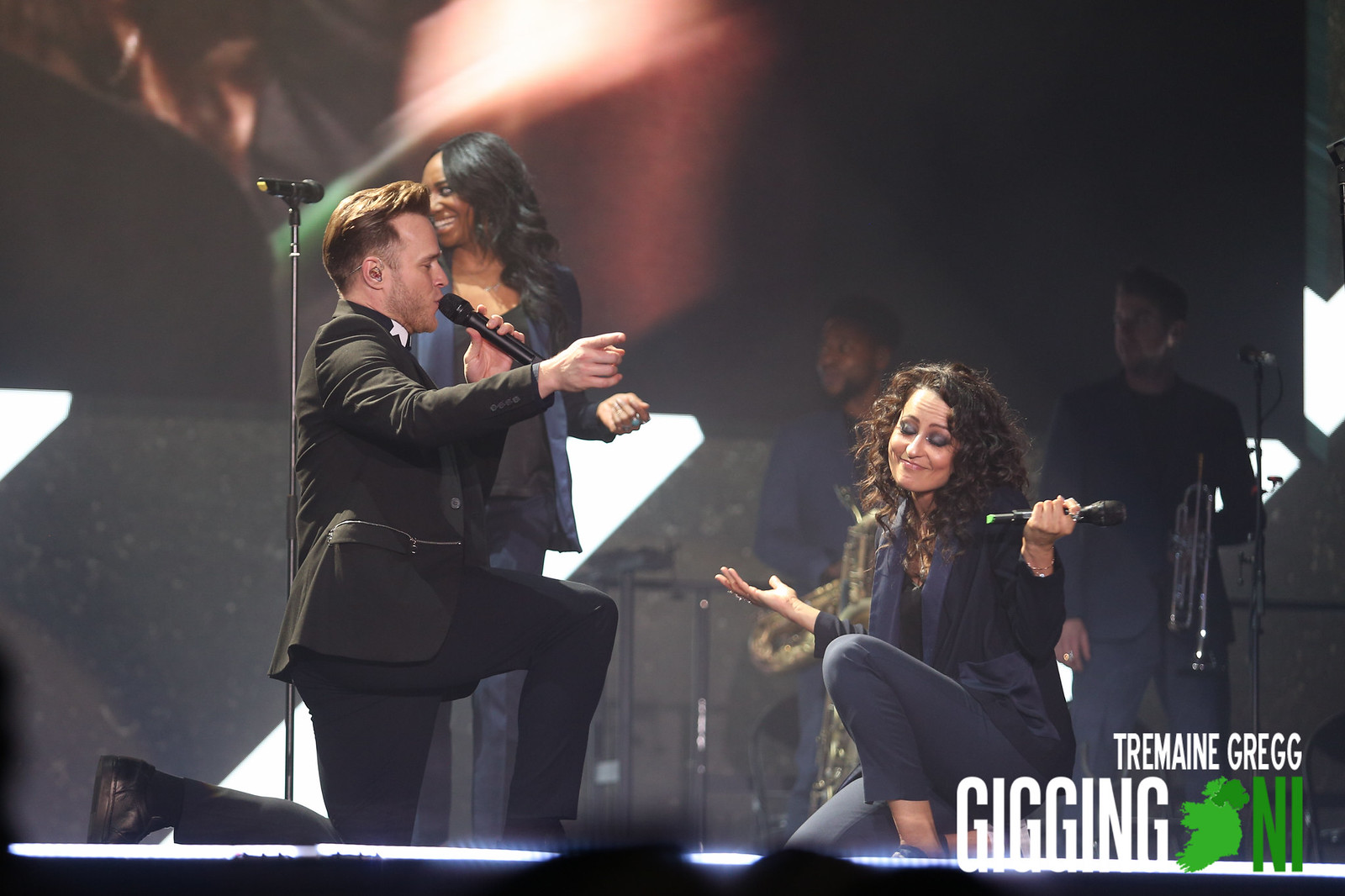