When all else fails there’s always the anniversary of your debut album to fall back on. It’s become the tour of choice for many bands looking for one last payday but for Enter Shikari, this is no last resort.

Back in the day when MySpace was on its last legs and Kerrang album scores ruled all, a number of alternative British bands such as Gallows, Bring Me The Horizon and Enter Shikari broke out, gaining an instant following from all corners of the globe. All three released highly regarded debuts but it was Shikari that made the biggest impression as “Take to the Skies” went in at number four on the UK album chart back in 2007. Despite setting the bar so high, the guys have gone on to have a successful decade releasing three top twenty albums and packing out both clubs and arenas across the world. Although the “famous album” tour has been seen as milking the cash cow dry, Shikari have plenty to keep themselves busy, no selling out here, just a celebration of the album that got them to where they are today.

First up tonight is Crossfaith from Japan. Regular visitors to the UK, the synth-laden metalcore band is slowly gaining recognition despite (just like Shikari) being in the game over ten years. Known for giving their tour buddies a run for their money, the band have their craft down to a tee. Both energetic and well choreographed, everyone onstage plays their part to ensure the viewer is captivated. Although gimmicky with songs like “Jagerbomb” and a Prodigy cover, the guys have enough charisma and charm to pull it off.

With a reputation for an amazing live show, it’s no surprise as Enter Shikari are never off the road. Having only wrapped up touring their last album back in October the band has already taken this anniversary tour to America, Canada and mainland Europe with this run culminating as main stage headliners at all three Slam Dunk dates this weekend. Before putting the album to bed for another ten years, the boys have Dublin, Glasgow and of course Belfast to tick off the tour itinerary.

As the trance euphoria like intro of “Stand Your Ground; This Is Ancient Land” rang around the venue, the unofficial countdown was on to get into the pit. Less than five minutes on the stage and crowd was already screaming word for word “And still we will be here, standing like statues..” at frontman Rou Reynolds. They’re a band that somehow squeezes every emotion out of you, maybe its the nostalgic reminiscing of when you first heard it but deeper down, there’s far more at play. The range of vocals and musical styles they display allow the band to be as aggressive or as poignant as they want.

Although there’s no secret to what the setlist will be tonight, there’s an anticipation for each and every song of the album. As the first half dozen are rhymed off in order of the CD, the band break it up and throw in “The Last Garrison”, the debut single from the latest album “The Mindsweep”. Mixing up the set to throw in a few favourites from other albums is a bold move but still appreciated, especially when they’re as good as “Juggernauts” and “Anesthetist”.

It’s a solid performance onstage, the sound is good, the band is giving it all but the real buzz is on the floor. The onslaught of tune after tune has taken its toll on the crowd and a sweaty mist above is clear to be seen.

As the band progressed through the rest of “Take To The Skies” they took a moment to talk about the Manchester bombing and offered a rendition of Oasis’ “Half the World Away” as a form of tribute. Suitably following that they finished their set up with “Adieu” and left the crowd anticipating “OK, Time for Plan B”. As the band returned to finish what the started, frontman Reynolds wrapped the night up with near perfect lyrics to close any set, “Let this battle commence one last time.” 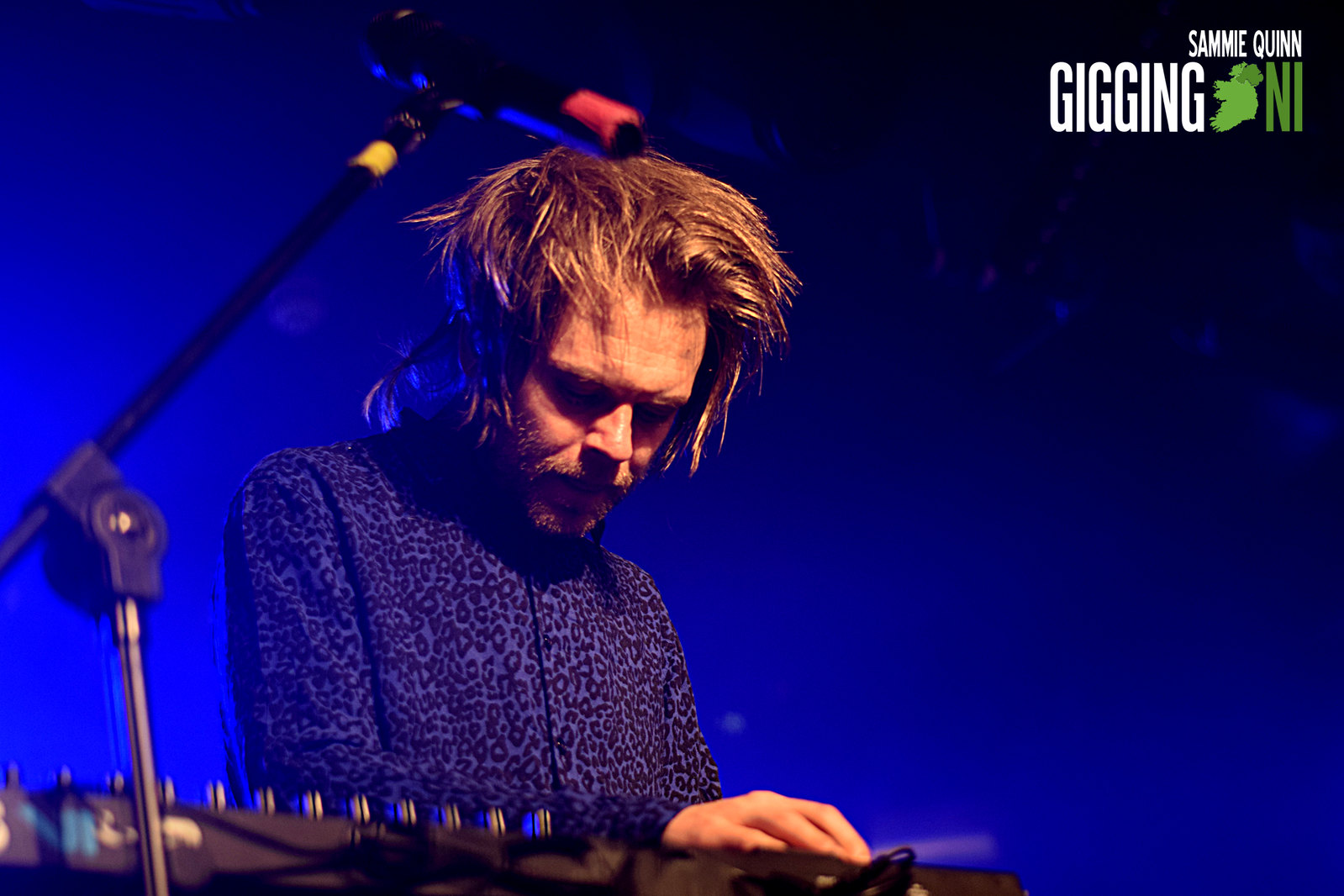