American indie rock group, Wheatus, took to the stage at Limelight 2 on 2nd May for the 6th and final gig of the Irish leg of the UK/Ireland tour. The band was not alone, being joined by their old touring friend (former member of 90’s alternative rock band Soul Coughing) Mike Doughty who shared the Belfast stage with them previously during the band’s 15-year anniversary tour in 2015.

First to take to the stage, hailing from Memphis, Tennessee, (which he ensured the audience knew by labelling all his stage equipment with his City’s name) was Mike Doughty. He was joined on stage by 2/6 of Wheatus with Brendan B. Brown, the band’s vocalist and guitarist, providing rhythm guitar support and bassist, Matthew Milligan playing the keyboard for a welcoming change.

He played a number of tracks from his latest album The Heart Watches While The Brain Burns and after the first track had concluded he threw out badges to the crowd with myself being so fortunate to snag one, despite initially dropping it. The 46-year-old hipster definitely can be said to have worked for his money that night. Not only did he bust out some old school sounding American riffs and throw out gritty, resonating vocals, but he also queued up backing bass tracks to accompany this via an iPad. All together it was a strong and impressionable performance by Mike and also gave the audience a sneak peak and glimmer to what Wheatus had installed for the night.

Not long after disappearing from the stage, Brendan and Matthew re-emerged into the room this time, with the other 4/6 of the band for what would turn out to be a very intimate and personal gig. Right away Brendan started to talk to the crowd asking what songs they’d like to hear stating that it was their show so they should choose. This helped set the mood and paved the way for a highly interactive and fan swayed gig. “Truffles” was the first request made by the crowd and it was here where the band laid the benchmark for their energy levels for the rest of the night. This had Brendan, with guitar in hand prancing around the stage in a formless yet lively manner. He took it one stage further by dividing those of us in the front row by lunging forward from the stage and placing one foot on the guardrail to be within touching range (though we restrained ourselves) of myself and those beside me. This is a performance that was repeated throughout the night to the awe of many wishful Wheatus fans.

Next up, another audience request also from their debut self-titled album was “Leroy”. This saw the Wheatus vigour continue to rise with the whole band becoming more into the performance with Leo enthusiastically drumming away with determination. New boy, Brandon Ticer (not to be confused with Brendan) confidently provided that signature Wheatus keyboard backing sound, with Mathew nodding along with every chord he struck and the female backing singers Joey and Gabrielle singing along and dancing subtly in the background.

A few more tracks in, Brendan once again beckoned the audience for what they longed to hear next. Two songs were shouted out by members of the audience huddled near the front of the stage “Hump ’em N’ Dump ’em” and “The London Sun”. This left the band in a sticky situation as they discussed amongst themselves which of the two to play first to appease the fans. Brendan keeping with the interactive experience got the pair to play rock, paper, scissors to decide. In the end, rock triumphed over paper and “Hump ’em” was played first despite controversy over the late shooting of the winner’s rock. This song involved Brendan twisting his face into many manners of maniacal shapes as he willed himself to hit the higher notes despite fighting off a cold. The crowd-band rapport really shined through after admitting his ailment as he was met by a barrage of scented tissues by a concerned fan. Not what we all associate with being thrown on stage during a rock performance but this was no regular show.

After the loser’s song a feel good, warm ballad which I would suggest should have been renamed at least for a night, “The Belfast Sun” in tribute to the surprisingly nice weather that left even Brendan in shock, it was time for one of the few songs actually chosen by the band. This of course was the new $1 single, released back only in December, “Tipsy”. I feel as if this track shows a more mature and grown-up side of the group as it doesn’t necessarily sound like the Wheatus we are all used to. Described by the band as a song about that one friend who once drunk, believes he can save the world. The song itself puts me in mind of rock icons Feeder and could be seen to draw influence from their work that was dawned 15 years. It was a song I greatly enjoyed before the show with my appreciation of it only increasing after the band nailed the live rendition.

I’ve never been to a gig before with as much audience participation as this one. The band certainly made an effort to build a lasting relationship with the fans and this made for a show full of banter and witty remarks which brought even me to laughter. At one point an audience member even heckled the singer asking for his guitar pick with him replying that he needed it for a minute and that he’d give him it later.

“Lemonade” involved a huge band effort to deliver that unique Wheatus sound to the captivated audience. Joey and Gabrielle danced rhythmically in the background as they had done throughout the whole set while contributing some essential and well-delivered vocals most predominantly through the chorus. Their light vocals, alongside the upbeat keyboarding of Brandon, helped cast a cheery sound throughout the hall, with almost a comical nature to the lyrics despite the song following a story of infidelity in a relationship.

After two more debut album requests of “Hey, Mr Brown” and “A little Respect” and two further songs from the 2003 album Hand Over Your Loved Ones it was time for another rare moment where the band chose a tune. Their choice was “Fourteen”, a gem of a song off of The Valentine LP. This song shows a more punk taken influence by the band with a heavy, overdriven riff bearing the main force the song. It, however, being mellowed out by the slower pace of the track and the softer backing vocals.

A few more tunes into the huge set, it was the time that the whole crowd had been waiting for, a moment that the band teased and hinted towards in a tantalising way throughout the last three but it was finally here. It was “Teenage Dirtbag” time. It was a song that very much put the band on the map and quickly became a childhood anthem of nostalgia to many. In anticipation, the audience slowly crept towards the railing as they clustered ever closer to the band and the stage. Brendan kept the now enthralled crowd waiting just a few moments longer by going off to tune his guitar quickly, despite it feeling like an eternity. Matthew laid down a bass rendition of “Seven Nation Army” by The White Stripes to fill the tense gap that ensured the crowd was hyped, with the whole of Limelight shouting back in unison with the tune.

The moment was finally here, and it was obvious it was the song everyone was waiting for. Not only because it was heavily and aggressively requested throughout the whole show, but also due to the reactions of the now tightly packed crowd. They gave the song everything from start to finish as they sung it back at the band with enthusiasm, volume and meaning as many jumped around madly and videoed the legendary experience. After the second chorus, singer Brendan took a vocal break during the interlude and much to his surprise the crowd began to do this job for him and continued singing the song, perhaps to completion if not stopped by the band. After exclaiming that this was the first time this had happened, the singer started over at the parts he had missed, dragging out and milking the renowned track and the feelings of sheer euphoria displayed by the entire crowd. After the band and audience had given it everything they could muster, the iconic song finished up with a flurry of guitar and drums that brought a close to the grand event.

The band capped off the intense set by taking a number of pictures with the ecstatic crowd. They barely had the time to step away from the stage before the crowd began belting out “One more tune! One more tune!”. To the pleasure of the fans that didn’t want to go home just quite yet the band quickly prepared themselves to play ‘one more tune’. Although the song “Punk Ass Bitch” was being shouted from many corners of the room it was “The Song I Wrote When You Dissed Me” which was chosen as the encore. Despite being the 19th song of the massive show, they kept the same pace and used the very last of their energy for one last hurrah.

This brought to a close what was a custom and very special gigging experience for, not only myself, but I’m everyone in the audience too. For those who went into the show not too familiar with what Wheatus were all about, and those who were only there for “Dirtbag” and a laugh, I’m sure they stepped out of Limelight 2 with a new found love of the band.

The only question I have from the whole experience is, I wonder if that heckler ever got Brendan’s pick?

Scroll through our photo gallery, by Conor Kinahan, below: 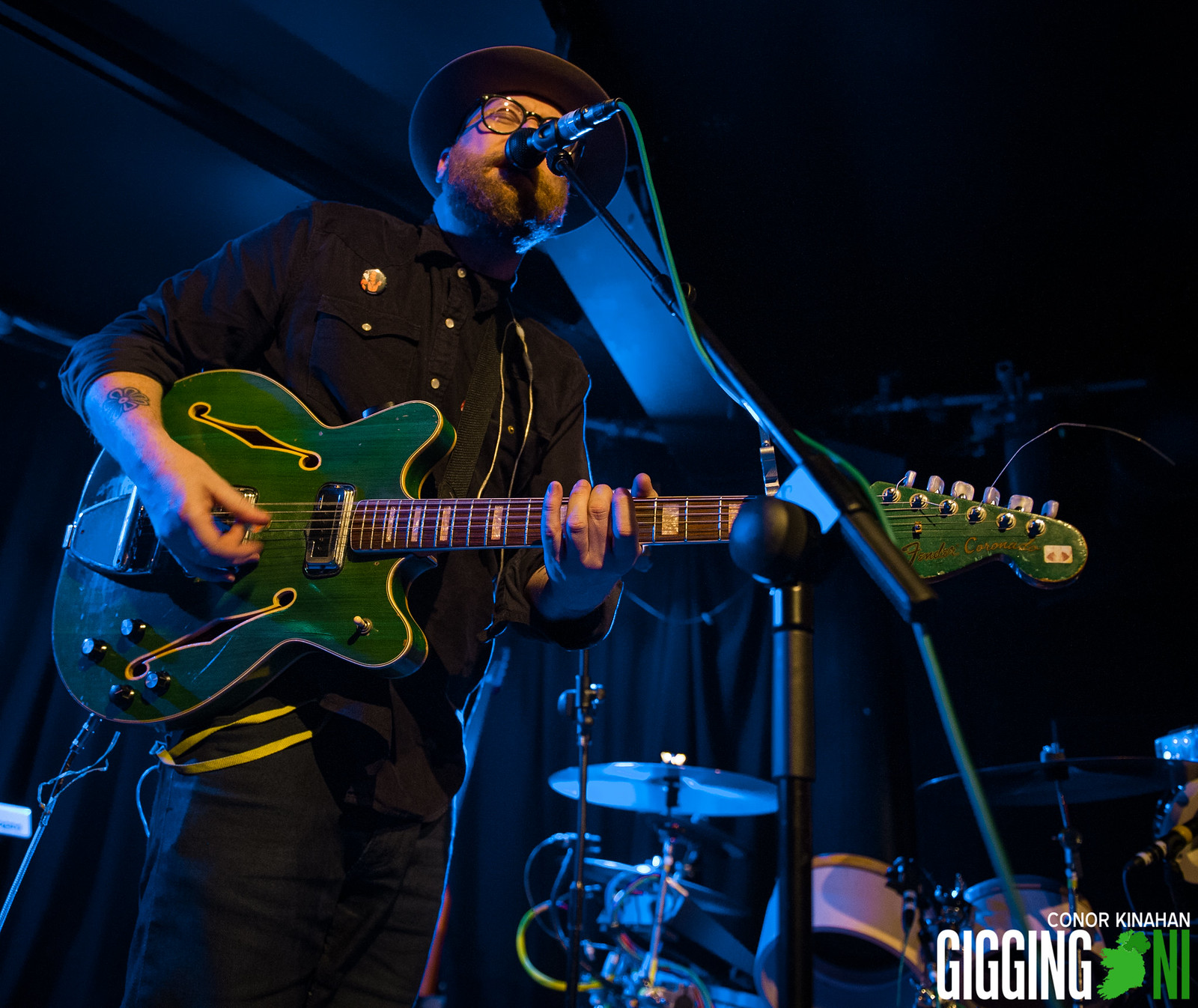