Amidst all the stress and thesis deadlines that jam packed the week’s schedule, last-minute Tuesday night riffs are always a good way to shower your head. I have seen Sheffield metalcore bruisers While She Sleeps a few times before supporting the likes of Bullet For My Valentine and Bring Me the Horizon. I have been a fan of the band since ‘The North Stands for Nothing’ with songs like ‘Crows’ gracing my iPod playlists when I was younger. They are a band I have a lot of respect for. Strangely, I didn’t rush out to buy a ticket for this show. I had intended to turn up on the night and just pay in, but to my surprise, they sold out the Oh Yeah Centre in the days coming up to the show. Luck was on my side when one of my fellow reviewers was unfortunately unable to attend – sorry, Kelly!

Touring in support of their critically acclaimed new album ‘You Are We’ – the band’s 3rd studio effort. The self-released album marked the band’s independence from record labels and was fully funded directly from the fans through PledgeMusic with a very creative campaign and unique range of goods available. To various online critics, the high level of interaction experienced between the fans and the band on this was something unheard of for a band of their size. In light of this show, I gave it a spin whilst digging through a plethora of mind-numbing architectural and planning documents to familiarise myself with its tunes and get a feel for what I was getting myself into. What I have always enjoyed about the band’s live performances is the eruption of energy from the very first note and their aggressive stage presence. Each time I’ve seen them, they’ve shown up the headline band with plenty of sweat to show for it!

First up tonight was Fizzy Blood from Leeds. I’ve heard about this band through the grapevine and tonight was my first time giving the band proper attention. With their punchy accentuated riffs and dissonant sounds, the band presented similar vibes to the likes of Modern-Ruin-era Frank Carter and The Rattlesnakes, the groove-laden rock sounds of Royal Blood, and the weird experimentations of Queens of the Stone Age. A interesting yet contrasting opener for what was the proceed.

Somerset melodic-hardcore outfit Landscapes quickly followed, bringing their darker and expressive stylings to the Belfast crowd as they tore through their set. As I watched the band from the side of the stage, I could hear influences in their turbulent sound ranging from Alexisonfire and Converge to Basement and La Dispute. The band presented a captivating and driving sound throughout their set articulated with heavy emotional nuances and angst-filled vocals. Speaking with their frontman outside the venue who was drenched in sweat after their set, they have their sights on bigger things and I look forward to seeing more of Landscapes in the future!

While She Sleeps graced the stage at 9:30pm sharp to a tranquil intro. A myriad for flickering lights cut through the blackness as the band walked onstage to the roar of the sold-out audience. A moment of silence had everyone on their edge of their seat where suddenly the words “YOU! ARE! WE!” erupted through the PA igniting the band, lights and hyped-up fans into a frenzy. Frontman Lawrence Taylor and Bassist Aaron McKenzie took to the edge of the stage jumping on the monitors, getting into peoples’ faces and tenaciously engaging fans.

As I sat on the monitor taking photos of the band and holding onto the punter next to me for dear-life, I was very close to falling onto guitarist Mat Welsh’s pedalboard as he relentlessly threw himself around his side of the stage. The set proceeded seamlessly as WSS diligently charged from song-to-song with bold energy and ambition. These boys were determined to kick ass from start to finish and that is exactly what they done. Their set was an aural chokehold.

Mid-way through their set I noticed the walls of this box-of-a-venue were dripping with sweat, punters were surfing the crowd with excitement, and their dedicated fans showed no signs of slowing down in the middle of the chaos ensuing. I’m sure there were a few sore necks the next day. Heck, I was tired even looking at them!

The set was a mixture of new album tracks and a selection of fan favourites from their back catalogue including my personal favourite tracks ‘New World Torture’ and ‘This Is The Six’ with their intense bouncing grooves, unforgiving breakdowns and anthemic vocals. Tracks including the new single ’Silence Speaks’, ‘Seven Hills’, ‘Brainwashed’ and set closer ‘Hurricane’ were also highlights of the evening. The band yet again proved themselves to be a well-oiled machine, an onslaught of riffs, provocative banging beats and powerful songs.

For those who, just like me, waited until the day to get a ticket and unfortunately didn’t make it – you missed an absolute banger of a show! 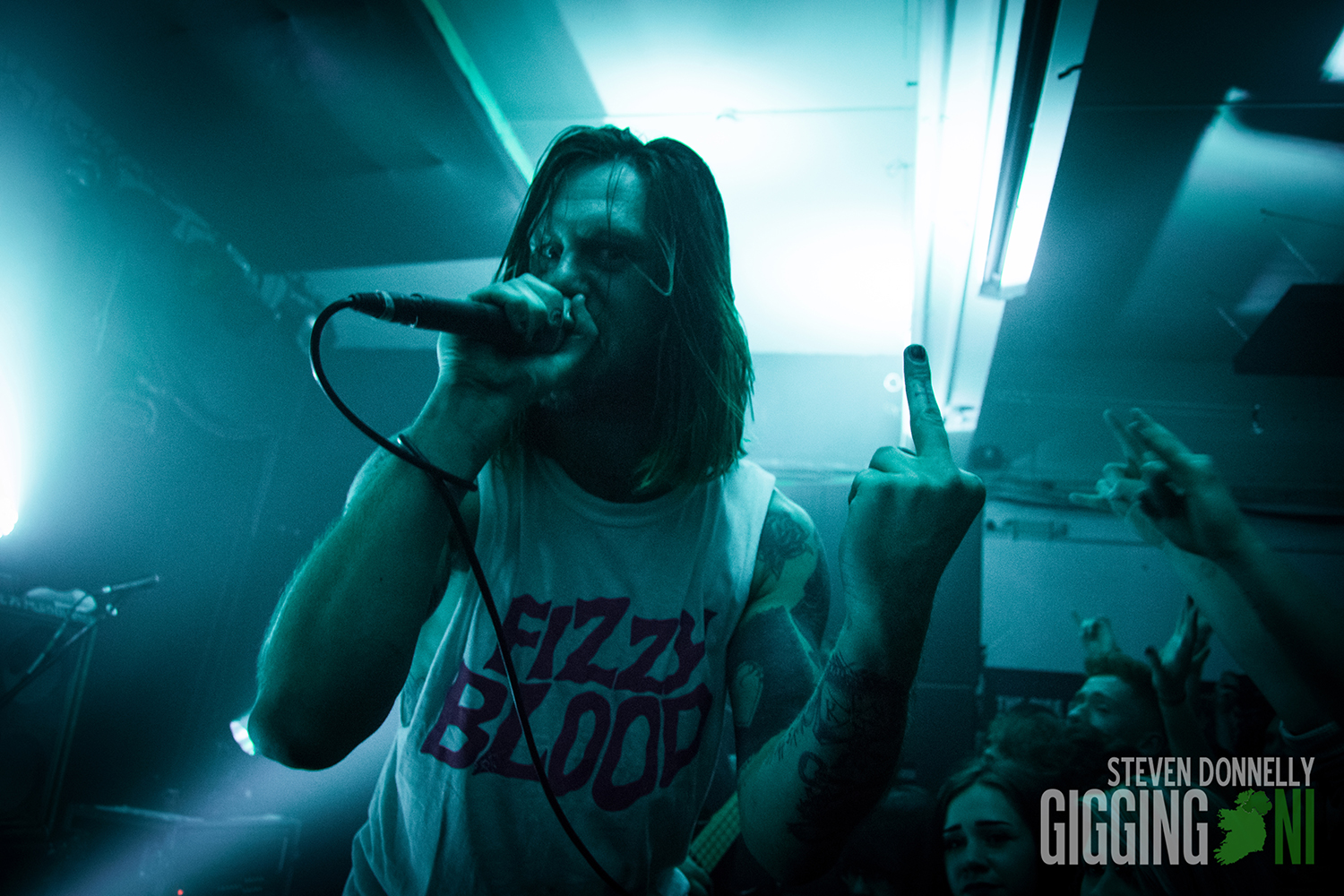